Witnessing the incredible output of Colombian drug makers is a highlight of the Netflix series Narcos. It boggles the mind trying to fathom how much cocaine Pablo Escobar and rival crews carried across American borders. And when it comes to drugs America has long provided a captive and willing market... be they pharmaceuticals or illicit substances.

Even today, with medical marijuana laws (MML) in twenty-nine states (and DC) and recreational cannabis in eight, the black market is worth $6 billion to our southern neighbors. Mexican growers and exporters are still responsible for a sizable portion of illegal marijuana; regions involved in that trade experience higher crime rates in the quest of getting high. That's the synopsis of a forthcoming study in The Economic Journal on the effects of medical marijuana on criminal activity. The conclusion? Legalize it, at least medically.

This comes at a time when as recently as May our Attorney General, Jeff Sessions, asked Congress to revoke protections on states that allow medical marijuana. In it he cites the "significant negative health effects," which include "psychosis," "IQ loss," and "addiction," all of which are either ridiculous or provide scant evidence. Sessions must have missed the data revealing states with opioid usage is going down in MML states.

Sessions has long felt like a throwback to a more ignorant time, especially, in this case, as a cheerleader for Nancy Reagan. This comes through in sentiments such as America being In the midst of a historic drug epidemic and potentially long-term uptick in violent crime.

Only the opposite is true. The authors–Evelina Gavrilova, Takuma Kamada, and Floris Zoutman–have found that medical marijuana businesses act as a buffer against drug trafficking organizations (DTOs), resulting in lower crime rates: MMLs allow local production of marijuana within the US and lower the barrier to enter the market, thereby creating competition for the incumbent DTOs.

The main argument is not the amount of marijuana being produced but the origin of the production. Cartel violence in Mexico is well known–in 2016 there were over twenty thousand homicides in the country, many drug-related. A reduction in profits from substances like marijuana has forced drug kingpins to turn to avocados to keep money flowing in.

To build their argument the authors collected data from the Uniform Crime Reports (UCR), a resource for violent crime in US counties, and the Supplementary Homicide Reports (SHR), which offers details on homicides across the country. The years studied were from 1994-2012, and they skewed heavily toward border states, points of entry for most black market marijuana.

They discovered crime rates did not decrease in inland states. In border states, however, crime rates dropped 12.5 percent in counties with MMLs; percentages were highest in border counties. The further you moved from the border, the less the drop in violent crimes. Their conclusion is clear:

We find that MMLs lead to a strong decrease in crime in regions where violent Mexican DTOs and their affiliated gangs are active. We expect even stronger effects of full legalization of marijuana production, since this will allow for large scale production by corporations as well as for government oversight, likely pushing DTOs completely out of the market for marijuana.

In his book, Marijuana: A Short History, John Hudak writes that trial and error is essential in building good public policy. Since marijuana has been considered a Schedule One substance (no medical value) for nearly a half-century few long-term studies have been performed. The last few years have provided a stark increase in cannabinoid research, however, and the science is in marijuana's favor.

Research has been hampered by what Hudak calls a "trifecta of prohibition": the claims that marijuana has no medical value, is not safe for medical treatment, and is addictive. Mounds of recent research is proving this trifecta implausible.

Hudak also believes the social impact of marijuana needs to be weighed. This important marker will only be revealed with time, as well as an honest appraisal of the data. So far, the science is revealing what stoners have long known: marijuana users are generally not a violent crew. As the study above shows, the proof is in the numbers. 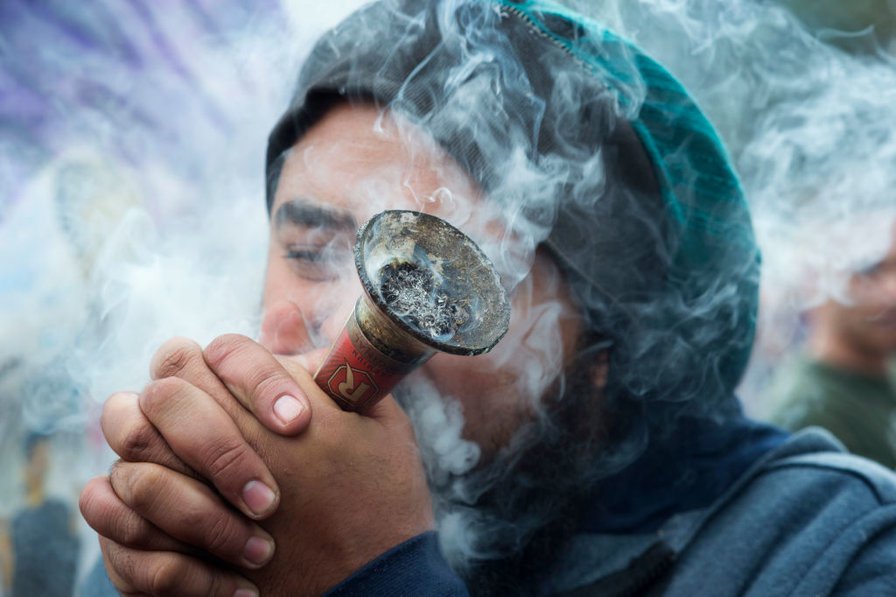 What Actually Happened To Violent Crime After Washington Legalized Marijuana

State Should Prosecute Violent Crime, Not Marijuana Use