A recent meeting at the Czech Embassy in Tel Aviv explored the possibility of Israeli growers providing medical marijuana to the European country in what could be the first step toward a lucrative export industry.

Israeli and Czech officials were present at the meeting, including the head of the Health Ministry's medical cannabis project and the Czech Republic's ambassador to Israel, Yedioth Ahronoth reported on Sunday.

Israel is gaining a reputation as an expert grower of cannabis used as a pain reliever for those suffering from serious illnesses such as cancer, glaucoma and multiple sclerosis.

However, the Public Security Ministry is staunchly against the country exporting pot as well as its very cultivation in Israel, citing concerns over securing growing facilities. According to the report, even the director-general of the Health Ministry is against the idea and was not even aware of the meeting.

"Ministry officials attended the meeting without permission, against the policy of the director-general and a government decision," the ministry said in a response to the newspaper.

Although Israel, with around 10,000 permitted users, is considered one of the most advanced countries in the world with regards to the use of medical cannabis, the government is still cautious. In 2009 a decision was taken to establish a government authority to oversee and secure production of marijuana, but the decision has yet to be implemented.

Local cannabis growers, who are also exploring export options to Canada, are confident that they will eventually obtain the necessary permits, citing the potential revenue the trade can offer. Cannabis is one of the most lucrative forms of agriculture and in the United States the industry is worth some $64 billion a year, the report said. 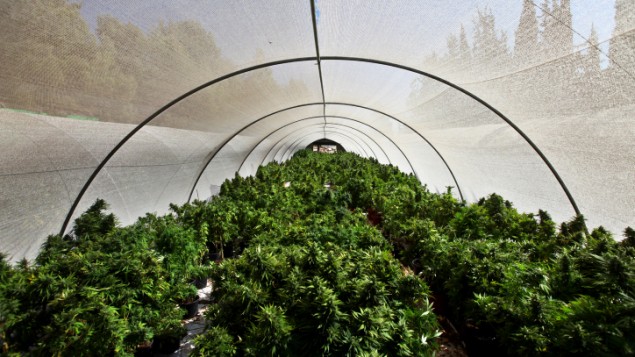