Delaware officials expect a signed contract from the company that won the bid to open Kent County's first medical marijuana dispensary this week.

Officials cannot disclose the bidders until negotiations are complete, and bids are exempt from the Freedom of Information Act in Delaware.

Currently, there is one dispensary operating in Delaware. First State Compassion Center opened as a pilot program in Wilmington in 2015

Patients living downstate have long-awaited the day additional compassion centers would open in Delaware, traveling sometimes over 150 miles to Wilmington each week.

Some have been so frustrated that they've renewed a lawsuit against the state Department of Health and Social Services alleging that officials have not abided by a timeline set in the Delaware Medical Marijuana Act. The act said that all three counties must have a Compassion Center by Jan. 1, 2013. The case is moving forward.

Who can get medical marijuana in Delaware

Delawareans must apply for a medical marijuana card in order to purchase at a dispensary. A doctor must first certify that they have certain qualifying conditions to be eligible for medical marijuana treatment. 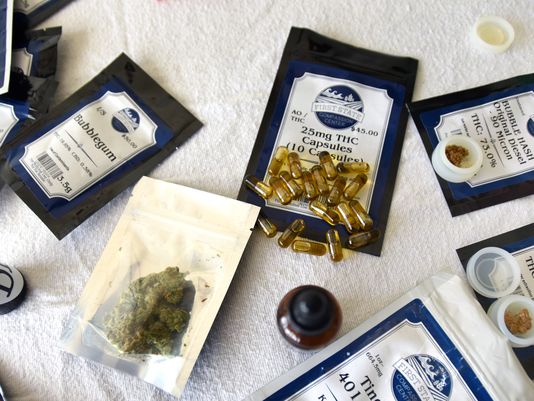