Supporters of an effort to legalize medical marijuana hope to begin gathering signatures in early September.

Last week, members of Green the Vote filed paperwork with the Oklahoma Secretary of State's office indicating their intent.

Following a protest period and a review of the ballot title, they hope to hit the streets, Isaac Caviness, president of Green the Vote, said Thursday. He said the organization is not anticipating a challenge to the petition.

Supporters expect to be gathering signatures by the first or second week of September, he said.

Green the Vote needs 123,725 signatures for the question to be seen by voters. The group wants to get the state question on the November 2016 general election ballot.

Caviness said the response to the effort has been strong.

"The phones haven't quit ringing since Friday," he said. "We have had so many people reaching out, wanting to volunteer."

The paperwork was filed Friday.

Caviness said a good base of volunteers would be 100, but he believes the group will have upward of 300.

"We've been trying to get all those people organized into volunteer groups," he said.

He said his organization hoped to have at least 20 petition locations for people to sign. Garnering that amount doesn't appear to be a problem, he said.

"I think it could fly," said Keith Gaddie, a political science professor at the University of Oklahoma. "Part of the reason why is you would see tribal money flowing in to push it through."

Oklahomans for Health circulated a petition last year that fell significantly short of the number of signatures needed.

Chip Paul, chairman of Oklahomans for Health, said his organization will try again in the spring.
"We are far better organized," Paul said.

The organization should have gotten more signatures from the Oklahoma City area, he said, but it now understands what worked on the last effort and what did not.

"It took us a month to figure it out," Paul said. "We have a little better intel than we did last time."
Paul said he had not read the Green the Vote petition.

But Johnson said she personally supports the effort, which is steadily gaining support and has tremendous support among millennials, the term for the first generation to become adults in the new millennium.

Oklahoma Republican Party Chairman Randy Brogdon said he has not discussed the issue with party officials and he doubts it would wind up on the party platform anytime soon. 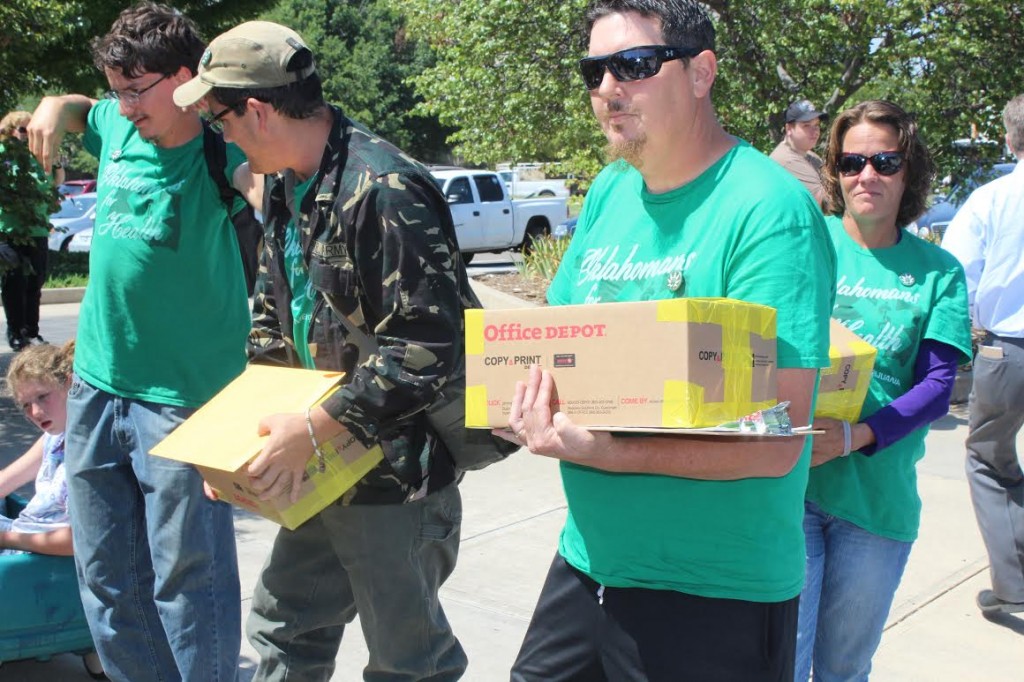