For the time being it appears that the federal government is unlikely to crack down on Connecticut's newly approved medical marijuana program. The Justice Department released a memo Thursday outlining its enforcement priorities in light of recent state laws.

The four-page memo is predominantly aimed at addressing laws passed in Colorado and Washington, which have legalized marijuana for recreational use. But the document acknowledges that several states have approved the substance for medical use.

Although it still considers marijuana to be an illegal and dangerous drug, in general, the DOJ seems content at the moment to allow states to continue abiding by their own marijuana rules so long as the federal government's eight priorities on the issue are not violated.

The priorities are ensuring the substance is not distributed to minors, preventing marijuana sales from benefiting criminals, stopping it from entering states where it is not regulated, and preventing state programs from acting as cover to criminals. The DOJ also prioritizes ensuring people aren't driving while high on cannabis, preventing gun violence as a result of marijuana cultivation, and keeping its growth, possession, and use off of government land.

"Outside of these enforcement priorities, the federal government has traditionally relied on states and local law enforcement agencies to address marijuana activity through enforcement of their own narcotic laws," the memo reads.

Connecticut's medical marijuana program was touted as one of the most tightly regulated programs of its kind and does not allow for minors to use the substance. According to Thursday's memo, the Justice Department feels that strictly regulated state programs are less likely to threaten the federal government's enforcement priorities.

Although the state passed legislation legalizing the medical use of marijuana last year, a legislative committee reviewed and approved the regulations for that program during a meeting this week.

At the meeting, some lawmakers expressed concerns that Connecticut's detailed codification of a marijuana program could attract the federal government's attention and provoke prosecutions.

Rep. Vincent Candelora, a North Branford Republican on the committee, said there is federal case law suggesting that efforts by the state to actively regulate marijuana have invited prosecution.

However, although he still disapproved of the program, Candelora said the government's Thursday memo eased those concerns.

"This opinion certainly eliminates that issue," he said. "I think it probably would have changed the discussion" during the meeting earlier this week.

In the memo, the Justice Department restates its ability to prosecute marijuana cases regardless of state law, should it choose to do so.

"This memorandum does not alter in any way the department's authority to enforce federal law, including federal laws relating to marijuana, regardless of state law," it reads.

However, Michael Lawlor, Gov. Dannel Malloy's adviser for criminal justice matters, said it would be a mistake to think that Connecticut officials were not communicating on some level with the federal government when they drafted the state's regulations.

"If the federal Justice Department had major concerns with Connecticut and what's going on here, everybody would know it by now," Lawlor said. "Silence tells you something." 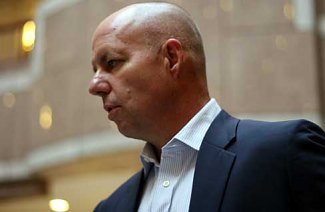 K
NV: Compliance Is Key In The Marijuana Industry