Quick. Someone call Morgan and Morgan.

I think I have a case.

For months, years even, we've been told the effort to legalize medical marijuana in Florida was in no way, shape or form a precursor to legalizing recreational use.

It was all about ending the suffering of seriously ill people who couldn't find relief through other drugs or who didn't want to deal with the threat of addiction posed by opioids.

Now John Morgan, the omnipresent attorney who was the primary backer of medical marijuana and Amendment 2 on the Nov. 8 ballot, is being drafted to run for governor.

Among the causes he said he would take up if elected: Decriminalization of marijuana.

Decriminalization does not equate to full legalization, but the train is moving down the tracks and it's not hard to see which direction it's going.

Morgan hasn't agreed to run, but the movement wouldn't exist if he weren't at least open to the idea.

In a Facebook post last week Morgan wrote, "Since Monday, the outpouring of encouragement to run for governor has been overwhelming and unexpected." Adding, "But I have much to think about and do before I jump to a decision of this magnitude."

Topping a list of his beliefs accompanying the message was this: "Marijuana should be decriminalized. No more arrests."

If decriminalization was part of the agenda just a few months ago, it wasn't readily acknowledged.

Miami-based political consultant Ben Pollara was the campaign manager for United for Care, the successful effort to pass Amendment 2.

He's also behind For the Governor, the petition drive to get Morgan to join the race for governor in 2018.

Pollara met with the Naples Daily News editorial board on Oct. 4 to make the case for Amendment 2. He was asked specifically if legalizing medical marijuana might be a precursor to full legalization.

He dismissed the issue out of hand, calling the question "far off topic."

There may be other states where legalization of medical marijuana was a step toward full legalization, but, he said, "That's not the case here."

"This is not a ruse for something else," Pollara said.

Recreational marijuana, "Is not my fight," he told the editorial board.

He said Morgan would be more interested in seeing the minimum wage in Florida raised to $15 an hour than in taking up further relaxation of marijuana laws. (In fact, the $15 minimum wage was listed fourth on Morgan's list of beliefs).

He stressed that United for Care has no ties to the National Organization for the Reform of Marijuana Laws, a pro-decriminalization group.

Yet here we are, two weeks after the election, talking about Morgan and decriminalization.

Those of us who opposed Amendment 2 didn't do so because we want seriously ill people to suffer.

Nor are we crusaders in the mold of the "Drys" of the 1920s, intent on saving a sinful nation from its pursuit of a good time.

But many of us are concerned about the growing body of evidence showing marijuana use has long-lasting, harmful effects on brain development in adolescents and young adults.

We worry that any loosening of the law will result in more of today's potent strains of marijuana finding their way to those vulnerable potential users.

Amendment 2 has safeguards built in to prevent that, but it is inevitable that some doctors or caregivers or growers or patients somewhere in the chain will skirt the rules.

Decriminalization, making possession a ticketable rather than a jailable offense, will further erode the barriers standing between the drug and those at risk of its most serious side effects.

And based on the trend from illegality to medical to decriminalization, you don't need to hire a lawyer to make the case that full legalization for recreational use is coming next. 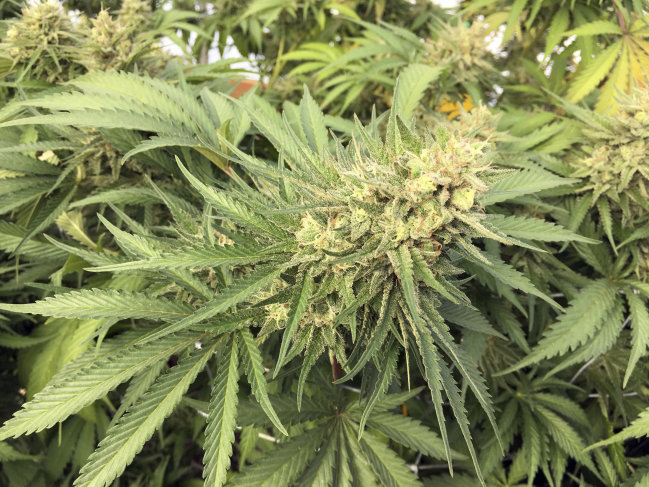