'Health Canada Says He Has To Smoke It': Six-Year-Old Not Allowed To Use Cannabis Oil

Liam McKnight signed his medical marijuana licence when he was just five years old. The Ottawa boy suffers from Dravet syndrome, a rare and severe form of epilepsy. It can cause nearly constant seizures that last three to four minutes each. His condition led him to miss time during kindergarten. Liam had 67 seizures the day before starting cannabis oil treatment. The first 10 days he used cannabis oil, he was seizure-free, his mother says.

Even though Liam is licensed to use medical marijuana, taking it in extracted oil form violates Health Canada's new Marijuana for Medical Purposes Regulations, which came into effect April 1. Under the regulations, the strains of marijuana that producers can sell are no longer restricted, making it easier to find strains high in CBP, the chemical that treats Liam's condition the best, but low in THC, a psychoactive component associated with pain relief. However, licensed producers can only sell dried marijuana. They can't sell any derivative products, such as oils or foods made with marijuana. The McKnights receive a boxed shipment of 150 grams of dried marijuana from Bedrocan, one of 13 licensed marijuana producers in Canada, each month. Turning it into the oil that Liam consumes – he takes about a quarter of a cup each day – is not a straightforward task.

Health Canada says Liam has to smoke it or vaporize it
"Health Canada says Liam has to smoke it or he has to vaporize it," McKnight said. "Those are our two options, that's it. So although they give him a licence, the form of delivery is ridiculous." Instead, they ship the dry buds to the Montreal-based Medical Cannabis Access Society, where it is processed and extracted into coconut oil. Then, it is shipped back to the family and McKnight sends a sample of the batch to a laboratory in British Columbia that analyzes the oil's CBP and THC content so she can give Liam precise doses.

Technically, this process goes against Health Canada regulations. "Financially, it's draining," McKnight said. "If we were getting an extraction from a licensed producer, it wouldn't cost nearly this much. I don't even know how long we're going to be able to sustain this." Adam Greenblatt, the executive director of the cannabis access society, said he believes that as many as 60% or 70% of medical marijuana users would use derivative products if they could legally buy them. "There's a huge need for these derivative products," he said, speculating there could even be special prescriptions for the products were they standardized. "It's up to Health Canada to get with the times."

Isaac Oommen, who works at British Columbia's Compassion Club Society, a cannabis advocacy organization, said that of their roughly 9,700 members, at least 30% use derivative products such as edibles, oils or tinctures. About 60% of incoming members are patients over the age of 65, and among them, at least 80% or 90% are interested in using those types of products, he said. In 2012, the B.C. Supreme Court ruled that people should be allowed to make their own oils, butters, baked goods and lotions using cannabis, and that designated producers should be able to provide patients with the same. But the new regulations that came into effect in April mean the case is going back to court.

If the court ruling is found to still stand up under the new regulations, the government would be essentially forced to rewrite those rules, Greenblatt said. For McKnight, who runs a Facebook page to raise awareness about Liam's condition, it's a matter of common sense. "I really hope that somebody at Health Canada or somebody in this government just finally stands up and says, 'OK, this is ridiculous. We need to help these kids.' " Health Canada did not respond to requests for comment Wednesday. 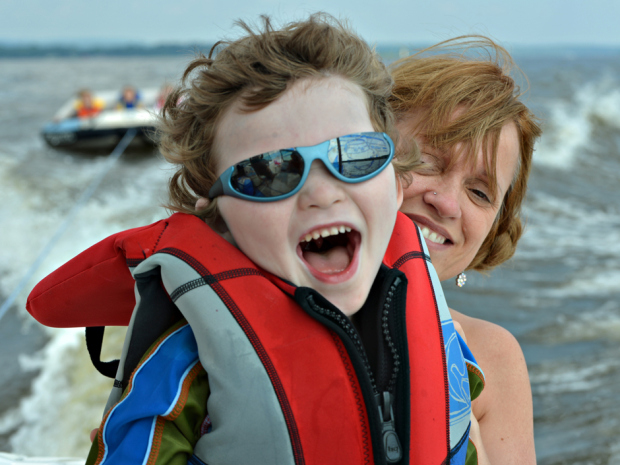 Jan 14, 2016
Robert Celt
R
T
'Health Canada Says He Has To Smoke It': Six-Year-Old Not Allowed To Use Cannabis Oil