Boise, Idaho - Organizers of the inaugural Boise Hemp Fest 2016 view it as a teaching tool for the many uses of cannabis.

There will be speakers, music, entertainment and event coordinator Serra Frank says it'll be a family friendly event in Julia Davis Park Saturday from 10 a.m. to 9 p.m.

"Our event will provide education on all aspects of the cannabis plant," she said. "Everything from the drug marijuana to the medical uses of it."

But just this week, the federal government again refused to allow the use of marijuana for medical purposes, saying its therapeutic value has not been scientifically proven.

In an announcement in the Federal Register and a letter to petitioners, the Drug Enforcement Administration rejected requests to remove marijuana from "Schedule I," which classifies it as a drug with "no currently accepted medical use" in the United States and precludes doctors from prescribing it.

"It is disappointing but expected," said Frank. "The war on drugs and prohibition of this plant has been going on for so long most people don't know why."

(While the hemp and marijuana look and smell-alike, they are chemically and structurally different. The major difference between the two is the levels of THC in marijuana - the chemical in marijuana that gets people high. You can't get high from hemp, although it actually has many industrial uses.)

Despite the federal government's stance, more and more states are legalizing marijuana in some form, and of course, Oregon, Washington and Colorado have legalized marijuana for recreational use as well.

Does Frank think Idaho would follow these three western states (and Alaska, by the way)?

"I think it would be in Idaho's best interests to at least consider it," she said.

Organizers want to change the law, but they remind people who attend Hemp Fest to follow the law and not bring any pot to the park.

We have been told by Vandal nation that Moscow has had a Hemp Fest for several years, usually around April 20. 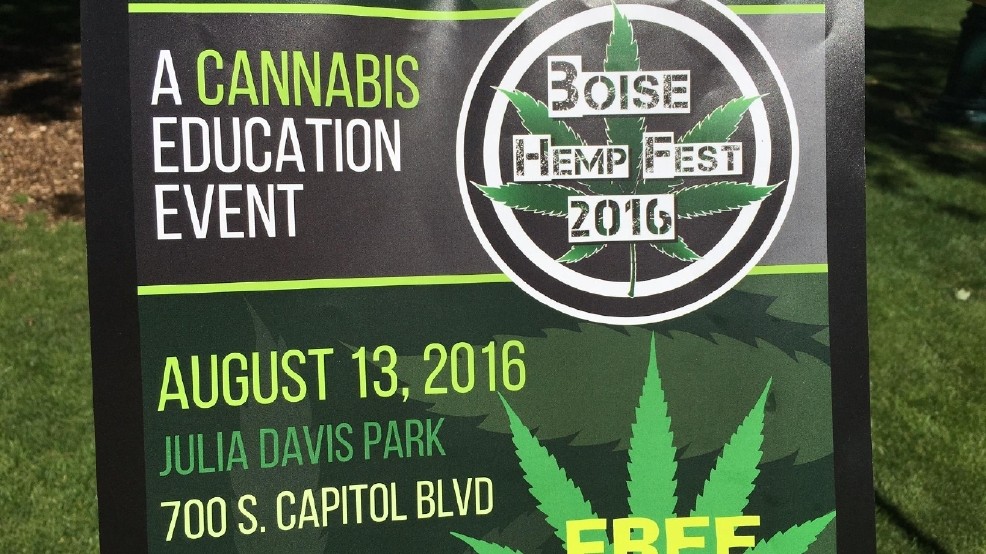