The number of states that allow medical marijuana use has more than doubled since 2005, but while health insurance does not cover medical use of the drug, some property-casualty insurers are tapping into the growing niche market.

California became the first state, in 1996, to approve marijuana's use for certain conditions, such as nausea from chemotherapy, symptoms of multiple sclerosis, and migraines. Since then, 17 states and Washington, D.C., have approved or decriminalized its medical use. In the recent elections, voters made Massachusetts the 18th state to approve the use of medical marijuana; Washington state and Colorado voters approved its recreational use. Other states that have approved the drug's use for medicinal purposes include New Jersey in 2010 and Delaware in 2011. Maryland passed laws in 2003 and 2011 that, while not legalizing it, allow medicinal use as a criminal defense. Four states, including Pennsylvania and New York, have medical use legislation pending.

Federal law, however, not only does not recognize cannabis for medicinal purposes, the DEA classifies it as a Schedule 1 drug — the same as heroin.

Without a change in DEA's classification — and subsequent FDA approval – health insurers will not cover its use.
Susan Pisano, spokeswoman for America's Health Insurance Plans, a national trade group that represents insurers, said health plans base coverage on what's proven to be safe. Pisano said she does not know of any insurers that cover the drug's use — and that's not likely to change.

"There isn't solid evidence to suggest that smoked marijuana is more effective than other drugs at relieving pain, and there are harms noted," Pisano said. "The DEA still classifies marijuana as a Schedule 1 controlled substance, which means a high potential for abuse and currently no accepted medical use."

While advocates try to get it reclassified, the DEA as recently as 2011 rejected reclassification, she added.

Pisano said some desire research that better isolates components of marijuana that provide medical benefits, and get those into a form that does not involve smoking. Still, the issues of legality and efficacy need addressing, she added.

Some savvy entrepreneurs, however, are finding ways to tap the rapidly expanding market, valued at $1.7 billion in 2011 and potentially becoming a nearly $9 billion a year industry by 2016, according to a report from See Change Strategy Inc., a research and marketing firm that analyzes new and unique industries.

A niche market for insuring the production of medical marijuana seems to have sprouted, and a number of insurers now offer coverage for cannabis cultivation, equipment, workers compensation, auto for transport vehicles, and product/product loss from theft and spoilage. Medical marijuana dispensary (MMD) insurance is fast becoming a specialty.

Kris Hermes, a spokesman for Safe Access Now, a medical marijuana advocacy group, estimates there are more than 2,000 dispensaries in the U.S., with California hosting 1,000. Colorado has about 500, with Washington state having 100.

According to Hermes, Washington, D.C., will likely soon approve the operation of four medical marijuana dispensaries and four cultivation facilities years after the District approved it.

Carriers and brokers offering coverage have names such as 420insurance.com, CannaRisk and The Weed Scene.

Privacy is important; in Washington, agents and brokers that offer coverage to cannabis professionals are required by law to keep business with insureds confidential.

Because cannabis is not DEA or FDA approved, insurance usually does not cover losses from federal raids on dispensaries or individuals.

Sea Change estimates there are about 800,000 current — and nearly 25 million potential — medical marijuana patients in the U.S.

For each of those users, an ounce of marijuana can cost $350, which lasts the typical patient about six weeks. 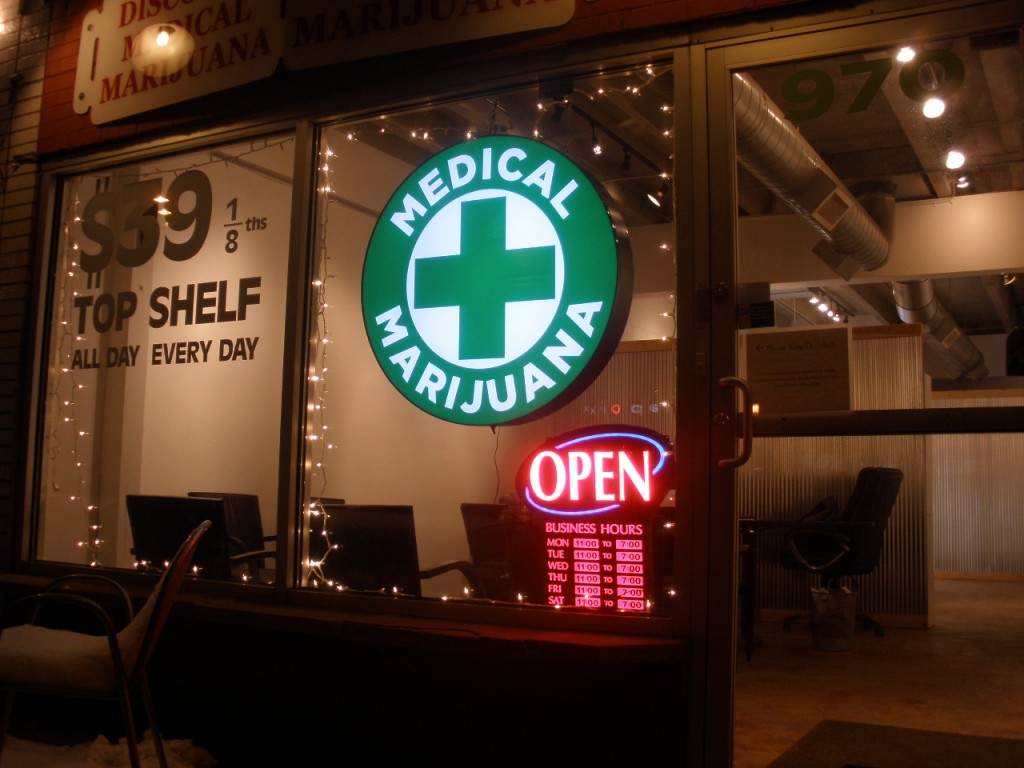