The House advanced a bill amended Tuesday to include prior approval of a new non-psychoactive medicine under review by the U.S. Food and Drug Administration that mimics anti-seizure properties of a marijuana oil banned in Kansas but available in other states.

An amendment offered by Rep. John Wilson, D-Lawrence, would provide advance authorization for Kansas physicians to begin prescribing the drug Epidiolex if it is cleared by the FDA, possibly by the end of the year. GW Pharmaceuticas, a company in Britain developing the marijuana-based drug, reported significant reduction of convulsive seizures among epilepsy patients in clinical trials.

"It's derived from cannabis, but has no intoxicating effects and has all the hallmarks of FDA-approved drugs," Wilson said. "It is a solution for many of the families who have children or family members suffering from seizures."

Wilson said the amendment to Senate Bill 51 – likely to be up for final action Wednesday in the House – shouldn't be confused with his effort to gain passage of a bill in Kansas for use of a hemp oil anecdotally known to provide medical benefit to some patients in Colorado and other states stricken with epilepsy.

Rep. Ron Highland, R-Wamego, said the amendment gave him heartburn because the state ran the risk of delivering prior approval for a medicine that could fall short of FDA approval.

"I understand the FDA process," Highland said. "It's very rigorous for a good reason."

Rep. Scott Schwab, R-Olathe, said he didn't object to Wilson's therapeutic objective but questioned wisdom of setting up a process in which the amendment could work its way through the House and Senate without formal committee hearings for lawmakers to discuss the issue thoroughly.

The prospect of a prescription medicine capable of assisting people with seizures has significant appeal, said LaCrosse Republican Rep. Leonard Mastroni. His daughter had a brain tumor at age 12 that caused two dozen seizures each day, he said. She chose at age 20 to have surgery to remove a portion of her brain that was the focus of her seizures.

"The risk of that was great," Mastroni said. "She wanted to go forward with it even though her mom and I said, 'No.' The surgery was successful and she never had a seizure again."

His daughter got married, had two children and lived to age 43, Mastroni said.

"My point of telling you this story here today is, if we would have had some type of medication ... that would be another opportunity for families like mine to be able to try a less-chancy alternative," he said. 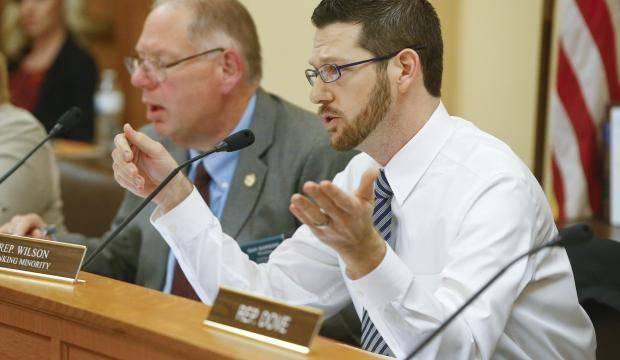