Colorado - Two years after a majority of Lakewood residents voted "yes" on Amendment 64 legalizing possession and retail sales of marijuana in Colorado, they may be voting again in November on whether the city will allow marijuana stores. Mayor Bob Murphy said the ballot question would answer once and for all what the intent of Lakewood voters was in 2012; whether they were voting strictly for recreational use with no desire for retail stores or whether they were saying "yes" to both. "I'm not presumptuous enough to say I know more than the voters," Murphy said. "I just don't agree with that in a democracy. Now we get a chance to get a refined opinion."

Amendment 64, which allows anyone 21 and older to use marijuana or possess up to an ounce of marijuana, also allowed local governments to set their own rules for recreational marijuana businesses, including banning them entirely within their borders. In Jefferson County, Wheat Ridge, Mountain View and Edgewater have voted to permit pot shops; Lakewood allows medical marijuana dispensaries but no longer issues permits for new locations.

Arvada has banned them, and Golden and unincorporated Jefferson County are under moratoriums. Marijuana retail stores, testing facilities, the manufacturing of infused products and cultivation facilities are currently under a moratorium in Lakewood until February 2015. At a May 19 study session packed with supporters of a ban on all retail operations, city council directed staff to craft an ordinance that would ban marijuana cultivation, manufacturing, testing, hash oil production and smoking clubs.

Staff was also directed to craft a separate ordinance to be placed on the November 2014 ballot asking voters if they want to ban retail marijuana stores in Lakewood. The first reading of the ordinances will be on June 23 and the second reading on July 14. Murphy said the city simply doesn't have enough industrial real estate to allow manufacturing, testing or cultivation facilities.

"Go up to Brighton Boulevard or South Broadway or some areas of town where these facilities have taken up acres and acres and block after block with these big operations," he said. "We don't have the square footage to do that in Lakewood." While city council was unanimous in support banning such activities, there was more nuance in whether or not to ban retail stores. No council member advocated for allowing retail stores, but many did say it would be an affront to voters for council to ban the businesses without putting the question on the ballot. Others, like Ward 4 Councilman David Wiechman, said the city needs to permanently ban all retail businesses immediately. "I've been getting e-mails for the last year on all the cons," Wiechman said. "There's not enough hours in the day to discuss all the cons. ... On the flip side, there's no pros. Lets just ban the whole thing and get this over with." "I appreciate that," said Ward 4 Councilman Adam Paul, "but I think we have 41,866 pros so let's not discount that." 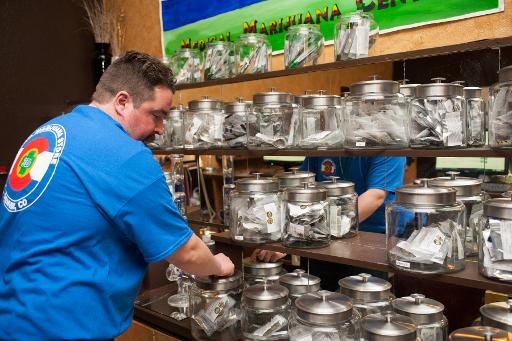