Pro-legalization advocates like Jim Borghsani are outraged and said the legislature is deliberately going against voters' rights. The senate president said safety is the major concern.

"The amount of material that will be produced is substantially larger than two individuals could actually use in their home, and so the concern is whether or not that would create what they call a grey market," Rosenberg said.

"It's actually a very modest amount. There should be no fear whatsoever it's going to contribute to the elicit market," he said.

Other potential pot legislation changes could include:

It's still early in the session and a special committee who would address these marijuana law changes has not been formed yet. But both the house and the senate have vowed to work together on this. 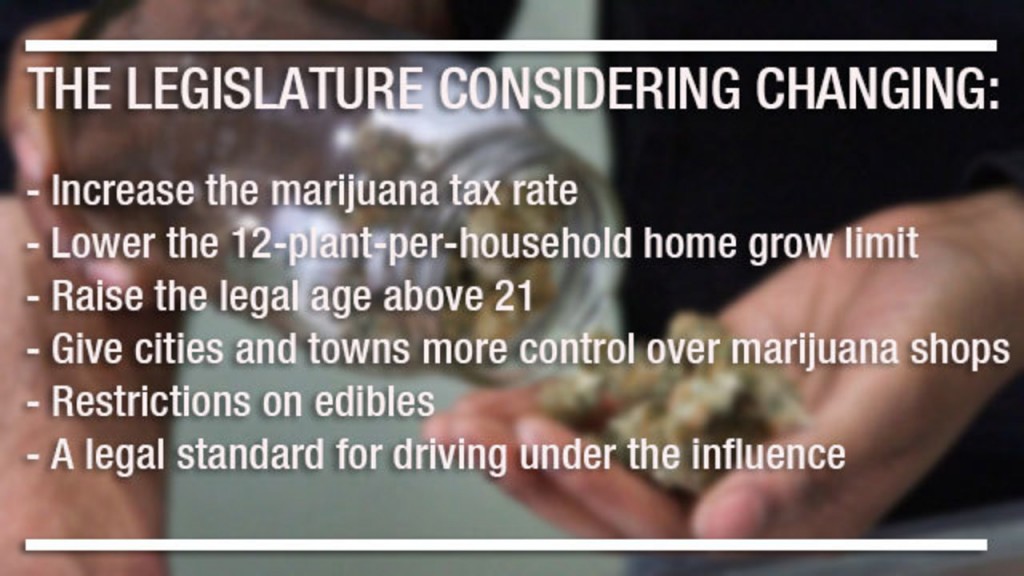