Malta: Cannabis Is 'A Means To Have Control Over Myself And My Well-being'

As more voices join in towards the proper legalization of cannabis, Johnathan Cilia, co-founder of pre-legalization NGO ReLeaf, speaks to some of the main local exponents.

During a recent event, Prime Minister Joseph Muscat recently said that Malta's drug laws had "failed" to do their job.

"The drugs problem has aggravated over the years and if we keep using the same recipe to tackle it, then we'll keep getting the same results."

This statement, bearing in mind references to legalization of cannabis before the election and with Parliamentary Secretary Julia Farrugia Portelli being given the task if looking into drug reform, hints that change may soon be afoot.

And, for those who hope to use cannabis legally in Malta, it was a ray of hope they sorely needed.

For 25-year old Daniel, a student who suffers from PTSD and clinical depression, it meant he might soon be able to stop having to have dealings with criminals to get his medicine.

"It all started because I wanted to use an alternative therapy/treatment, considering that antidepressants are expensive and I wanted to, in a way, take control over my illness," says Daniel.

"I had been receiving counseling from a psychiatrist for a few months and, while the prescription drugs did work, the after-effects weren't so pleasant. I got frustrated and impatient, waiting to find the right drug for me and, as I said, I wanted control over my illness."

After using cannabis for a year, he plucked up the courage to see a therapist. "If anything, it's thanks to my usage of cannabis that I was able to confront myself and actually go to therapy."

Nowadays ,he doesn't feel the necessity to use the prescription drugs, and only needs to visit his therapist when "things get too much".

"Cannabis is by no means a miracle cure for everything, but rather a means to have control over myself and my well-being."

The situation is a bit different for Leonard, who lives at home and takes care of his mother, who suffers from fibromyalgia - a pain disorder that causes the central nervous system to experience widespread pain, and the condition can be very debilitating.

"Our family has a history of allergies to a lot of common medication, like penicillin. People with fibromyalgia need an anti-inflammatory drug; the prescribed medicine does work on her, but the side effects can be really bad. With cannabis you don't get this downside."

Leonard, just like Daniel, has to obtain cannabis through dealers. This is a situation he feels is less than ideal, and also causes him to worry about the quality and purity of the drugs he is getting for his mother.

"At the end of the day it's a black market."

Desperate to find something to deal with her pain, Leonard's mother researched CBD, an oil made from the cannabis plant. After some deliberation, she took the plunge and bought some online. It worked wonders.

"But recently, we saw on the news that the oil is actually illegal and so she has now stopped ordering it. The government claims that medical marijuana is now legal in Malta, but this is not true. There is no real way for someone to access it."

Even though a stigma still surrounds the use of cannabis, there are experts who are determined to show the benefits of using the natural plant.

Dr Andrew Agius is a family doctor who runs The Pain Clinic, a pain management clinic in Paola that also employs holistic methods.

Recently, he started an educational drive called Kannatalim, a series of seminars and talks with other doctors, psychologists and psychiatrists, all about cannabis and its uses and risks. However, these talks were vetoed mid-way by the Health Department on the basis that Dr Agius was "spreading misinformation".

But, he says, the studies he has seen are pretty clear.

"Moreover, pharmaceutical derivatives of the plant, like the spray Sativex, cost around â‚¬500 for 10ml, which very few patients can afford.

"The classification of medical cannabis products should be regulated in the same way that they are regulated in the US and Canada, focusing on the patient's well-being and ensuring that products are certified as safe medicines according to the criteria used for this kind of herbal preparation," he says.

"Some patients who will benefit from legalization include cases of fibromyalgia, chronic fatigue syndrome, multiple sclerosis, IBS and various types of chronic pain. Medical cannabis can also be used as an adjunct in the treatment of various psychiatric and metabolic disorders such as anxiety, depression, diabetes and obesity."

He also mentions a problem that has increasingly become apparent in Malta: the rise in use of legal, synthetic cannabis substitutes, which are usually made in factories and have very different effects than real cannabis.

"If cannabis is legalized for recreational use, this will reduce the chances of young individuals purchasing synthetic cannabis and therefore reduce the chance of serious complications associated with this dangerous synthetic drug, such as psychosis and death.

In light of these discussions, cannabis legalization pressure group Releaf was formed to present the government with a manifesto about changing Malta's drug law. For Eric Castillo, one of the organizers of Releaf, it's a no-brainer.

"The main benefit would be the health and safety of the population," he insists.

"There would be restrictions, of course but the user would be able to consume a safe and regulated product in line with governmental standards."

Meanwhile, as the government begins to test the waters around the legalization of cannabis, those who need the plant will continue to have to deal with the black market. 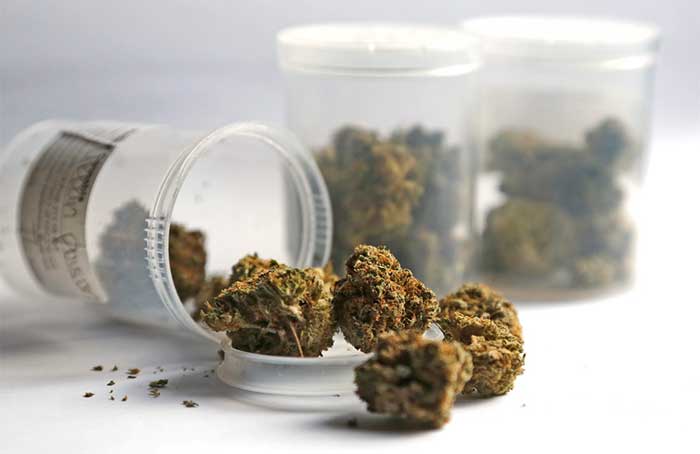