Lt. Gov. Matt Denn, who is currently running unopposed to become Delaware's next attorney general, says he doesn't support jailing Delawareans for possessing small amounts of marijuana. But legalizing up to an ounce of the drug for personal use, the goal of legislation filed by Democratic lawmakers in Dover, also is unnecessary, Denn says. "While I don't support the legalization of marijuana, I don't think we should be utilizing the limited resources of our criminal justice system to put people in prison for mere possession of small amounts. With scarce criminal justice resources, we need to focus those resources on dangerous violent criminals and as Attorney General, that would be my focus," Denn said in response to a request for comment on the issue. "We don't need to legalize the drug to accomplish that, we just need to better prioritize our resources."

Denn doubts claims that many Delawareans are sitting in jail for petty marijuana possession, saying he wants to see "hard statistics" on the number of people incarcerated. "I am told by current prosecutors that there few, if any, Delawareans in jail solely for possessing marijuana in the quantities described in the bill," he said. Rep. Helene Keeley, a Wilmington Democrat, is the prime sponsor behind legislation that would allow Delawareans to legally possess up an ounce of marijuana for personal use. The bill would set the legal age for marijuana possession at 21 and impose fines of $100 on anyone caught consuming marijuana in public. Keeley has 17 co-sponsors, Democrats from the state House and Senate, on the legislation. Delaware lawmakers legalized marijuana for medical purposes in 2011 but Gov. Jack Markell delayed the program for months under threat from the federal government. The state has now accepted bids to operate a pilot medical marijuana dispensary. The dispensary, one of three authorized by the law, is scheduled to open this year. 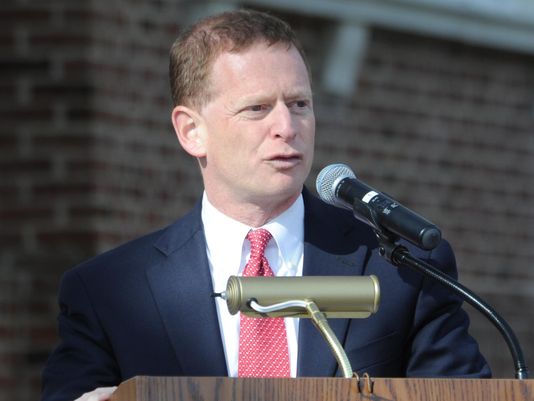 I find it humorous to watch an attorney -- let alone a candidate for attorney general -- try to explain why legalization is not necessary.

It's like he's saying, "Well, they're just laws. If we decide to prioritize one over another, that will solve the problem."