Dr. Joseph Dorn watched his terminally ill patients suffer and discovered that some of them were illegally using marijuana to alleviate their pain.

He went on to become medical director of one of the handful of companies licensed to grow medical marijuana in Florida and had patients calling him who couldn't find a doctor to help them obtain the drug.

Now Dorn is among the entrepreneurs who are entering a burgeoning new business: medical marijuana clinics.

"This is probably the most meaningful thing I've done in medicine because it helps people," said Dorn, 64, who personally treats 2,000 medical-cannabis patients at clinics in The Villages, Jacksonville and Tallahassee.

His company, Medical Marijuana Treatment Clinics of Florida, plans to open a new office on State Road 434 in Longwood in about two weeks. It's less than a mile from an unrelated cannabis clinic that opened in February. The company began revving up in November, the same week Florida voters approved a constitutional amendment on medical marijuana, and has been growing ever since.

Other companies are rushing to get a piece of the market, too. Nearly 27,000 patients are in Florida's medical-marijuana registry, with the potential for tens of thousands more. The going rate for a visit, which can take 30 to 45 minutes, is $200 to $300. Health insurers won't pick up the tab because cannabis is not approved by the Food and Drug Administration or legal under federal law, said Cathryn Donaldson, a spokeswoman for the trade group America's Health Insurance Plans.

These clinics don't dispense marijuana or perform complete medical exams. They specialize in reviewing other doctors' records to determine whether patients are eligible under state law for treatment with medical marijuana and help them get ID cards that allow them to buy the drug through a dispensary.

"It's not a pill-mill type situation," Dorn said of the better clinics. "It's real medicine."

One of the newest chains is Tetra Health Care – the initials spell out THC, the chemical compound in marijuana that causes a euphoric high – which opened its first clinic in Central Florida on July 7 in a medical office building near Winter Park Memorial Hospital.

Founder and president Tracilea Young started with one clinic in April 2015 in California, which in 1996 became the first state to legalize the drug for medical use. Young, 51, a mother of eight who formerly was president of a plastic-surgery center, realized that she needed to get in closer to the ground floor.

She began building a chain of clinics in Florida shortly after voters in November approved constitutional Amendment 2, which expanded the medical conditions that legally can be treated by the drug. The list now includes cancer, epilepsy, glaucoma, HIV/AIDS, PTSD, ALS, Crohn's and Parkinson's diseases, multiple sclerosis and chronic pain in the terminally ill.

The market also got easier to navigate after Gov. Rick Scott in June signed a law that eliminated a 90-day waiting period between the first physician visit and becoming certified to obtain the drug.

Winter Park is Young's sixth of what she hopes will grow to 25 clinics by June. Tetra Health Care charges $198 for a year of visits. The law allows for a 70-day supply and two refills, but then patients must visit the doctor again for a new certification. The company is promoting itself through advertising, infomercials, billboards and media coverage.

Like many advocates, Young is a believer in the value of marijuana as a safer alternative to highly addictive opioids. She said she got the idea to create her own company after accompanying her children's father to a medical cannabis clinic in Sacramento, Calif., that was dirty, offered no privacy and kept them waiting four hours.

Some doctors unaffiliated with clinics are widening their practices to include medical marijuana. They review records from primary-care doctors to determine whether patients would benefit from the drug, fill out documentation needed for the authorization to buy it through a dispensary and are responsible for making sure everything complies with strict state rules.

Some doctors also fear they will be stigmatized, he said.

"Whether it is profitable now is still an unknown given the changing dynamics that are very fluid," Bell said. "But I believe the people engaging in it think it could be profitable."

Dr. Samuel Siddiqui, a neurologist with an office in Kissimmee, said his patients had been asking for medical marijuana, so he took the state-required doctor-education course and hung a shingle. He charges $250 for a first evaluation, which he said includes an exam similar to any other medical visit, and $200 for a second.

"Medical marijuana fills a need," said Siddiqui, who calls the cannabis portion of his practice Medical Cannabis Clinics of Florida. "It alleviates suffering for a lot of people who modern medicine can't help."

Many doctors who work in the field are quick to disavow the 1960s stoner image that some people envision and maintain offices that look no different than any other medical specialty's. Others use marijuana leaves in their logos and "green" in their corporate names. Smoking the drug remains illegal in Florida, but it can be inhaled through a vaporizer, delivered through a skin patch or suppositories or consumed through drops, pills or capsules.

No matter how the clinics present themselves, it's too soon to know how many the market can bear and which will survive.

"The industry is in its infancy in Florida, and we don't know how that's going to shake out," said Ron Watson, a lobbyist and consultant for the medical marijuana industry. 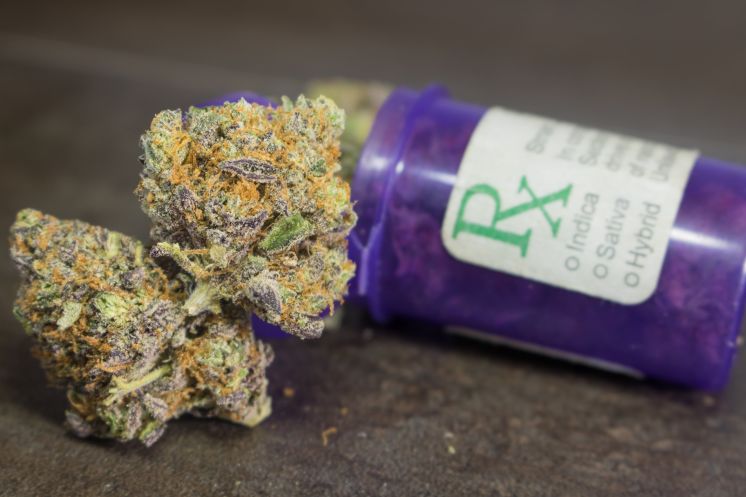