The medical marijuana regulation debate in Lansing might seem like a state vs. city issue but officials involved say the disagreements go well beyond that.

On Thursday, the Lansing Committee of Public Safety held a meeting to go over some of those issues

Back in 2008 medical marijuana use was put to a vote among state residents and was approved.

In 2011, the Lansing City Council passed an ordinance to regulate medical marijuana dispensaries which required applicants to obtain a yearly license and pass a background check.

In 2013, the Michigan Supreme Court ruled medical marijuana dispensaries illegal saying they could be shut down using the Michigan Public Nuisance Law.

However, since that ruling many of these businesses have remained open across the capital area raising questions on how state laws are enforced at city levels.

Frustration, it was a common theme at today's public safety meeting.

And it wasn't long before things got divisive.

Nancy Mahlow with the Eastside Neighborhood Organization says just like with any other business regulation is a must when it comes to medical marijuana dispensaries.

"Every business has to have some type of license, they have to be inspected there's zoning laws," said Mahlow.

"I'm frustrated that i don't think there is enough exchange of information between people in the industry and people writing these ordinances," said Reiman.

On the other side of the issue, Lansing Pastor Coye Bouyer says he's concerned about the lack of regulation and the effect that will have on the younger generation.

"My biggest frustration is that I love my city and too many men and women are impacted my something that is going to create a negative domino effect in their lives," said Bouyer.

But it's these diverse opinions that some say will help lead to a better solution that everyone in Lansing can live with.

"We're not going to make everybody happy but at least we can come to some kind of mutual ground and be satisfied," said Mahlow. 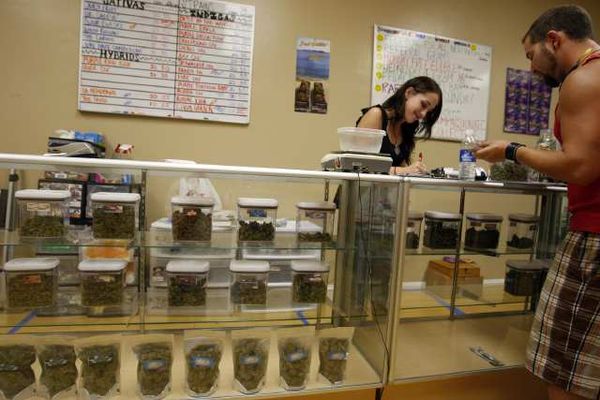