Australia - A group of federal MPs have written to Victorian Premier Denis Napthine urging compassion in the case of a Victorian woman who faces possible charges for using cannabis oil to treat her son's severe epilepsy. Police raided the Mernda home of Cassie Batten and her partner, Rhett Wallace, on July 10, taking the pair into custody and seizing their cannabis oil. The pair were released but could still face charges of possessing a drug of dependence and introducing a drug of dependence into the body of another. The family is one of at least 150 across the country who are reported to have turned to the oil, which is advertised as having so low a dose of tetrahydrocannabinol, the psychoactive ingredient in cannabis, that it is not actually illegal.

Federal Liberal MP Sharman Stone, Labor member Melissa Parke and Greens senator Richard Di Natale wrote to Dr Napthine this week protesting against the family's treatment. ''We are of the view that the police raid of Ms Batten's home was inappropriate and contrary to existing community values and views on this issue,'' the trio wrote on behalf of the Parliamentary Group for Drug Policy and Law Reform. ''We are concerned about the prospects of Ms Batten facing charges as a consequence of her desperate attempts to achieve respite for her sick son.

''In writing this letter, we ask you to consider the compassionate grounds surrounding Ms Batten's case, and also the substantial public support for the use of medicinal cannabis where conventional treatment options have failed. ''Twenty countries ... now allow cannabis to be used as a prescribed and restricted medicine: but not Australia, where it is against the law to even see if medicinal cannabis, used as a last resort, might help.'' A spokeswoman for the federal Assistant Minister for Health, Fiona Nash, said there were pharmaceutical products derived from cannabis, such as Sativex, which were available for the treatment of multiple sclerosis. But she said to enable other substances containing cannabis to be marketed in Australia, a sponsor needed to submit an application to the Therapeutic Goods Administration.

''Decriminalisation of personal use of cannabis where there are clear compassionate circumstances is an option which state and territory governments can pursue under their respective drugs and poison control legislation should they wish to do so,'' she said. But Senator Di Natale, who is also a medical doctor, said while Sativex had been approved by the TGA, the manufacturer decided not to market it in Australia after failing to get it listed on the PBS. He said it would cost a patient more than $500 a month to import it. ''We don't have pharmaceutical medicinal cannabis available in any meaningful way,'' he said.

Senator Di Natale said cannabis growers should be licensed and it should be dispensed under prescription. The raid on the couple's home followed an appearance on Channel Seven's Sunday Night program, in which Ms Batten said that the condition of her three-year-old son, Cooper, had improved markedly since he used the tincture. She said she turned to the oil because his seizures were occurring almost every minute, making him unable to walk, talk or see. Within 15 minutes of his first dose, she said he began tracking objects for the first time. He now smiles, laughs and can say ''mum'' and ''dad''. Former Australian Federal Police chief Mick Palmer has urged state law enforcement agencies to exercise discretion when dealing with families who are treating seriously ill children with cannabis oil. 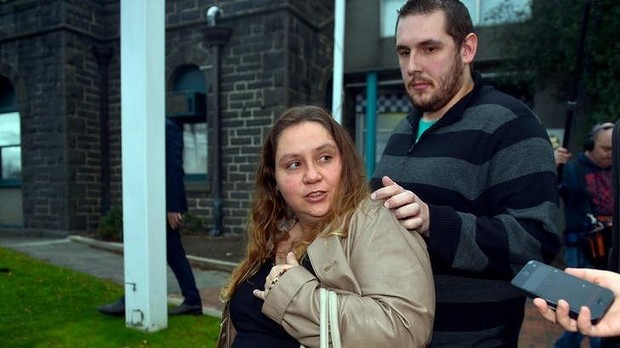