The Fargo businessman, whose only earlier run for political office was a bid years ago for the Grand Forks City Council, is running as a Libertarian Party candidate.

Riske, who has for years worked behind the scenes to build the North Dakota Libertarian Party from scratch, polled 1,088 votes in the June primary, compared to 68,042 votes for the Republican candidate, Fargo businessman Doug Burgum, and 17,278 votes for the Democrat, Rep. Martin Nelson, D-Rolla, who is a crop consultant.

His candidacy is motivated by his drive to spread the Libertarian philosophy in the hope of altering public policy.

"I'm not crazy about running for office," Riske said. "What I saw here was an opportunity to talk about things politicians won't talk about. Instead, they'll watch people die."

At the top of his list: what Riske calls "prohibition" of marijuana. It's a policy he said has failed, with disastrous results, including costly prisons crowded with non-violent drug offenders.

"I saw that as a major catastrophe," Riske said of the nation's "war on drugs."

Those opposed to legalizing marijuana are ignoring the drug's wide prevalence, even though it is illegal, he said.

"We are currently consuming vast quantities of marijuana right here in Fargo, North Dakota," Riske said. "It's a prevalent activity."

Local magazine racks feature several titles devoted to pot smoking, he said. "Let's not pretend that this is going to be a new thing."

Riske also is a staunch backer of marriage equality, and supports gay marriage. The state has no role in deciding who should marry, he said.

"That's your business," he said. "That's nobody else's business."

The Libertarian view, Riske added, is, "Everyone is sovereign in their own body."

Riske advocates performance audits of all state departments and agencies, which he said would determine whether taxpayer money is being effectively spent. Nonprofits must be audited so donors know how their money is spent, and the same should be true of state programs, he said.

"We allow politicians to audit themselves."

Riske owns the M.J. Capelli Family Hair Salons in Fargo, and got his start in business when he and a partner launched the Walrus waterbed stores in North Dakota.

His political past included hosting a fundraiser for Democrat Byron Dorgan and voting for Republican Ronald Reagan, a decision he regretted because the federal debt ballooned during his administration.

Those modest political activities came before Riske joined the Libertarian Party, a small but growing organization he has helped nurture in North Dakota.

"He's been one of the founders and leaders of our party," said Jack Seaman, who runs MinDak Gold Exchange in Fargo and is the Libertarian candidate for the U.S. House. "Marty is a true champion of liberty."

At its most basic, the core of Libertarian philosophy is nonaggression, "Live and let live," Seaman said. This apparently is the first North Dakota election in which the Libertarians have fielded a full slate of statewide candidates, a sign the party is catching on, Seaman said.

Riske's campaign has been low-profile, with few public appearances. 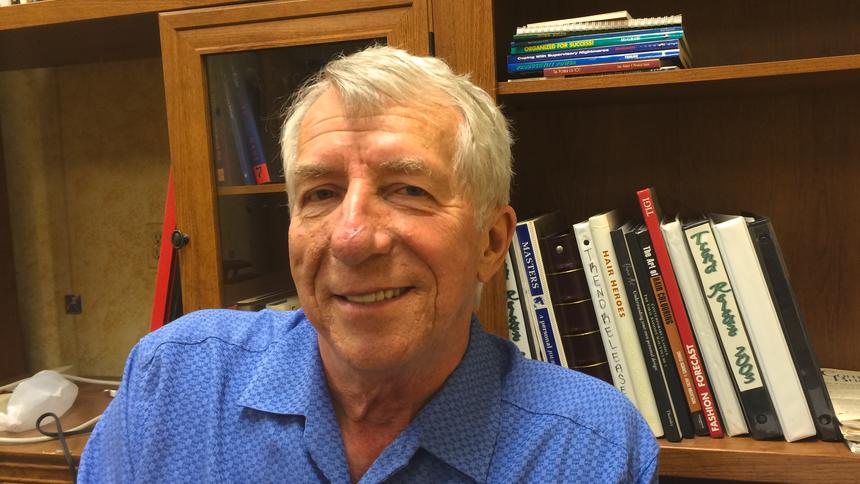