With the looming introduction of a bill by Labor for Medical Cannabis, the patient community is skeptical, and bordering on preemptively hostile due to the lack of consultation, and the comments from Jacinda Ardern about pharmaceutical grade Cannabis Based Products. Considering the lack of information coming out, we wish to publish our bottom line positions. These positions were promulgated to David Clark and other MPs with Health portfolios pre election, and represent what we feel is the minimum that needs to be done to drastically improve health and legal outcomes for patients.

“While I am pessimistic, we hope that a majority of our redlines are met, and that there is an engagement and commitment to undertake further reform, particularly around licensed production, which doesn’t lend itself easily to the hundred day fix”

“It is concerning also that there has been zero consultation with the patient community on the bill being put forward, and that any briefings or BIMs David Clark has had on this topic are being refused release”

“To enable something rapid for patients, the only affordable option is home growing, despite this being undesirable from a medical perspective, any imported products are still going to be unobtainable by the patients who need them most, sickness beneficiaries and ACC Claimants.” Says MCANZ Coordinator Shane Le Brun

• Medical necessity must be a legal defense. Due to the postcode lottery of medical specialists, a legal defense needs to be in place for those stuck in the backwaters or with backwards-thinking doctors. This would force police to more carefully consider the public interest. the police have demonstrated a fixation on cultivation and are prosecuting patients with severe medical needs, an amendment to the crimes act to include this defense is needed.

• A non-smoking provision. In the age of the portable vaporizer, there is absolutely no need to smoke cannabis, and no one should. Any Politician citing excuses around smoking being bad for health should be soundly ignored, as no one is credibly arguing to smoke a medicine, This is already in line with the theoretical acceptability of Bedrocan, a standardized, granulated raw cannabis product, which MOH officials have said would be covered under the smoke free laws anyway.

• GPs to prescribe. Schedule 22 of the current Misuse of Drugs Act needs changing so that all cannabis-based products can be prescribed by GPs. THC has a far better safety profile than other GP prescribed options such as Fentanyl, Diazepam, Methadone etc. This would also greatly reduces the barrier to access for patients, and would allow Cannabis to be prescribed as freely as Medicinal Cocaine. (theoretical, its on the books but no one prescribes it)

• Notifiable prescribing. Instead of seeking Ministry approval to use Medical Cannabis, GPs should have a simple form to notify MOH of the prescribing, so MOH can gather data and look for unusual prescribing patterns. There is potential for this to become a survey of sorts and become part of the clinical data going forward – if there are several N=1 trials for a condition such as fibromyalgia for instance, the collective data may be used to measure benefit and even go as far as findings published in a medical journal article.

• Made in NZ. It is important that the law is changed to allow Medical Cannabis to be grown for commercialized product. Our current law requires trials and facilities that could end up costing well over $20 million, for no ability to sell a finished, trialed product. Cultivation for trials has been legal since 1977 – yet it would be commercial suicide to undertake it in New Zealand.

• A concerted medical education campaign. Many doctors are poorly informed when they talk to their patients about the benefits vs. risks, and some try to avoid even prescribing Sativex to the point of misinforming the public. Even former NZMA chair Stephen Childs has made inaccurate statements on TV about the purity of the Botanically Derived Solution (BDS) that goes into Sativex. We note that the UICbranded symposiums held in Australia every year are hugely successful in bringing world-leading experts on Medical Cannabis to speak and generate conversation, piggy-backing off those efforts and mirroring that in New Zealand would go some way to addressing the barriers posed by senior Medical Staff. 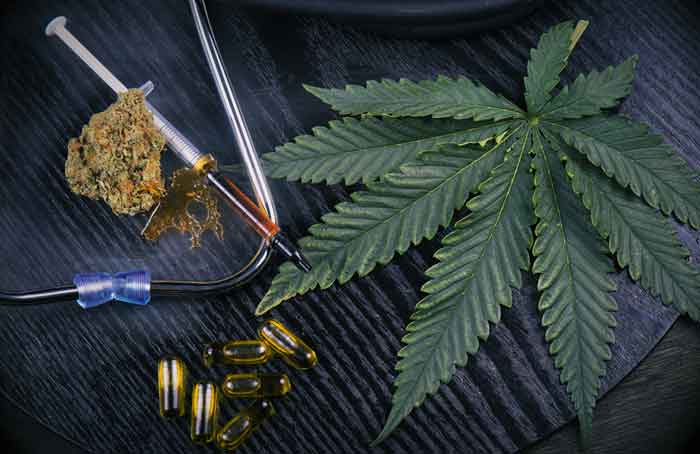