With Gov.-elect Phil Murphy vowing to legalize marijuana in his first 100 days in office, many municipalities find themselves grappling with an unexpected question: Should we allow pot to be sold in our town?

For some local leaders, the answer is an unequivocal no. Marijuana shops would cause unwanted headaches for their police and, they say, send a bad message to young people.

Others are more cautious, waiting to see how the issue plays out on the state level. And at least one North Jersey councilman says he's in favor of legalization and has seen the benefits of marijuana.

"It's worked out well; it has been helping people," said Robert Russo, a councilman in Montclair, where there is already a medical marijuana dispensary. "ThereÃ¢â‚¬â„¢s been no big disruption of anybodyÃ¢â‚¬â„¢s lives. ThereÃ¢â‚¬â„¢s no potheads all over the street.Ã¢â‚¬Â

Murphy has pledged to make New Jersey the 10th state to legalize marijuana. Proponents argue that it could bring in as much as $1 billion in revenue annually and help regulate use of the drug. Police, meanwhile, have raised concerns about enforcement and how to test for impaired driving.

Less talked about has been the question: If marijuana is legalized, where will it be sold? And what will be the impact for towns that allow stores to open within their borders?

The prospect has local leaders across the state on high alert. Some have started researching possible regulations to prohibit or limit marijuana sales in their towns. Others have formed or joined committees to study enforcement of marijuana use, its impact on public health and its social effects.

"These are major issues to deal with. If this comes to fruition, a lot of enforcement on this will be left to local government and local law enforcement," said Michael Cerra, executive director of the New Jersey State League of Municipalities. "This isnÃ¢â‚¬â„¢t an urban, suburban or rural issue. It's statewide."

In preparation for the possibility of legal marijuana, the league recently formed a 40-member task force consisting of mayors, administrators, council members, land-use attorneys and health officials from across the state.

Appropriate locations for stores, zoning implications, additional costs for police departments and how to test for impaired driving are among the issues that will be on the task force's agenda, Cerra said.

Some towns aren't waiting for the task force to complete its findings, however.

In Lodi, the Borough Council is looking at ways to regulate the town's existing smoke shops. Mahwah and Garfield leaders, meanwhile, are looking to ban marijuana retail stores in their towns.

"If the state approves it, I don't want it in the city," Garfield Mayor Richard Rigoglioso said. "I want to get ahead of the smoke shops before they get ahead of us. I believe this is a gateway drug, and I don't believe in it. I will try to convince the council to not bring it here."

The township's Municipal Alliance and Law Enforcement Against Drugs, or LEAD, offers programs throughout the year to teach an anti-drug message to children.

Ã¢â‚¬Å“This is stupidity at its best,Ã¢â‚¬Â said Hermansen. Ã¢â‚¬Å“We probably have one of the best programs in the country with LEAD, and in one breath weÃ¢â‚¬â„¢re saying, Ã¢â‚¬ËœDonÃ¢â‚¬â„¢t do drugsÃ¢â‚¬â„¢ and then in the next, Ã¢â‚¬ËœLetÃ¢â‚¬â„¢s legalize it.Ã¢â‚¬â„¢ I donÃ¢â‚¬â„¢t get it.Ã¢â‚¬Â

In Colorado, where recreational marijuana was legalized in 2012, 176 of the state's 272 municipalities chose not to allow retail sales, said Kevin Bommer, deputy director of the Colorado Municipal League.

For those towns that have permitted shops, Bommer said, some have reported increased traffic around stores, an uptick in crime due to shop burglaries, and odor issues.

But state Sen. Nicholas Scutari, D-Union County, who has introduced legislation to legalize marijuana, contends that legal sales won't burden towns any more than they already are burdened with illegal use and sales.

Ã¢â‚¬Å“We said itÃ¢â‚¬â„¢s illegal, and that hasnÃ¢â‚¬â„¢t done anything. We havenÃ¢â‚¬â„¢t arrested our way out of it," said Scutari. "ItÃ¢â‚¬â„¢s not an addictive substance and you canÃ¢â‚¬â„¢t overdose on it, but you certainly can from alcohol.Ã¢â‚¬Â

In fact, he argues, pot shops would be no different from liquor stores.

Ã¢â‚¬Å“ThereÃ¢â‚¬â„¢s hypocrisy in banning it,Ã¢â‚¬Â he said. Ã¢â‚¬Å“How many liquor stores are in those towns? How many of them are having a glass of wine with dinner?Ã¢â‚¬Â

Scutari's bill currently gives municipalities the right to decide whether they want to issue marijuana retail licenses. He plans to reintroduce the legislation this month with some changes, including a possible limit on the number of licenses that can be given out.

"Selling a controlled substance is known for being the most vetted and regulated industries," Negrin said.

Negrin said he agrees that local leaders need to start having conversations about the implications of marijuana legalization, but he believes it's too early to start enacting ordinances.

"It wouldn't be prudent for municipalities to create ordinances before a law is passed," he said. "They should continue to talk about it before anything concrete happens, because what they propose may not be what needs to be done a couple of months or a year from now."

Indeed, some towns are proceeding cautiously.

Mount Olive Mayor Rob Greenbaum said there has no been discussion about legalization yet. When the time comes, he said, he will sit down with the town's police chief to discuss his concerns.

The Clifton City Council has also not taken up the issue yet, said Mayor James Anzaldi.

Members of the group Clifton Against Substance Abuse have been discussing the issue. They plan to bring their concerns to the council, said the group's president, Tom Whittles.

"The only thing we heard during the campaign is that it's being done to generate tax revenue," Whittles said. "That to me is a bad plan. We have to look at all other aspects of legalizing."

However, not all towns are against the idea. Montclair is one of five municipalities in the state that have medicinal marijuana dispensaries.

Russo, a Montclair councilman-at-large, said he fully supports marijuana legalization. Besides bringing in additional revenue, legalization would allow police to focus on fighting more serious crime and prevent young people from having a criminal record for possessing small amounts of the drug, he said.

Russo does agree that sales will need to be controlled to avoid some of the problems that other states have encountered. 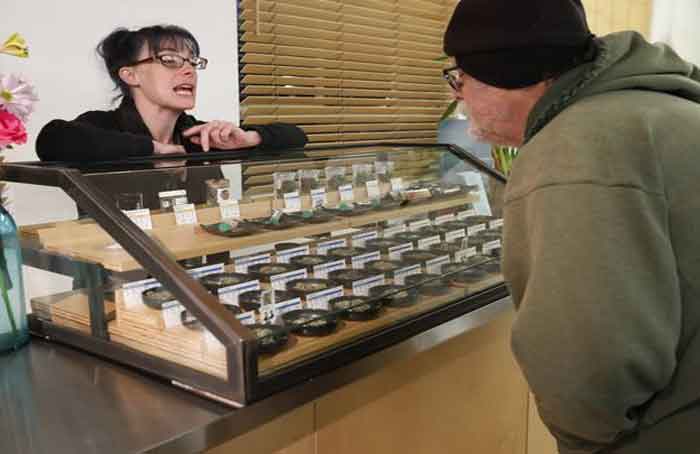 There is no doubt that careful consideration be given by municipalities before allowing or not allowing recreational marijuana shops to operate in their towns. However, with regard to the comment by the Garfield Mayor that he believes it to be a gateway drug, my response READ, stop being so ingnorant! I'm a 5 year pancreatic cancer survivor, suffer chronic pain from injuries as a result of a very active lifestyle and use medicinal marijuana to manage the issues associated with these challenges. There is enough data to dispute that claim and if the Mayor spent some time understanding addiction then maybe as a servant of the public he'd be a better decision maker when it comes to this issue.

K
Maine's Marijuana Initiative - What It Will And Won't Allow