Industrial hemp advocates admit they’re still battling a stigma. Once dubbed a “hippie thing,” oils and fibers from the tall and leafy plant are commonly found in creams, foods and construction materials. It’s been that way for years, but until recently, industrial hemp production was prohibited within the country, forcing textiles and related products to be imported. Thanks to recent legislative changes in Colorado and across the country, marijuana’s distant cousin is staging a comeback, one that was celebrated Saturday during the Hemp Seed Revival Festival at Avogadro’s Number in Fort Collins.

“People don’t understand. They’re still living with the reefer madness,” said Melissa Rabe, who works with Colorado Industrial Hemp Supply. The company offers biodegradable, hemp-centric building materials as alternatives to traditional insulation, fiberglass and similar home products. She helped organize the dozen or so vendors, live music and guest speakers from across the industry, marking the end of the fifth annual national Hemp History Week. The biggest draw of the event was making connections for people and exposing folks to the multiple uses for the crop. Until recently, hemp production was banned in the United States despite the country being one of the largest consumers of hemp-infused textiles in the world.

Would-be hemp farmers are having mixed success navigating red tape on everything from seed acquisition to processing the finished plant. It will take years, farmers and regulators agree, before there’s a viable market for hemp. Hemp is prized for oils, seeds and fiber, but its production was prohibited for five decades because the plant can be manipulated to enhance a psychoactive chemical, THC, making the drug marijuana. The Farm Bill enacted this year ended decades of required federal permission to raise hemp, but only with state permission and checks to make sure the hemp doesn’t contain too much THC. Fifteen states have removed barriers to hemp production, though only two states are forging ahead this year — Colorado and Kentucky. Perceptions are changing, Rabe said. Yet many still lack a clear understanding about how common it is or just how monumental the industry could become in Colorado, which recently granted more than 100 licenses to raise varying amounts of hemp.

“What I’m finding is that, overall with people, they’re looking for organic-ness in their life in general,” she said. “People are already seeking out an alternative. It’s not something new.” The afternoon was a chance for farmers, consumers, industry advocates, policy wonks and curious residents to learn more about the ballooning industry and make one-on-one connections, furthering their understanding of the emerging Colorado market. Rabe said Saturday’s event was the largest she was aware of in Northern Colorado. Hundreds of similar national efforts lasted through the week, praising the hemp industry and urging further legislative reform to open the doors for more widespread hemp production. “This is what agriculture should be,” said Benjamin McMillan, who spent the afternoon with his wife, Shelby, at the festival. “I think the industry is on the way up.” 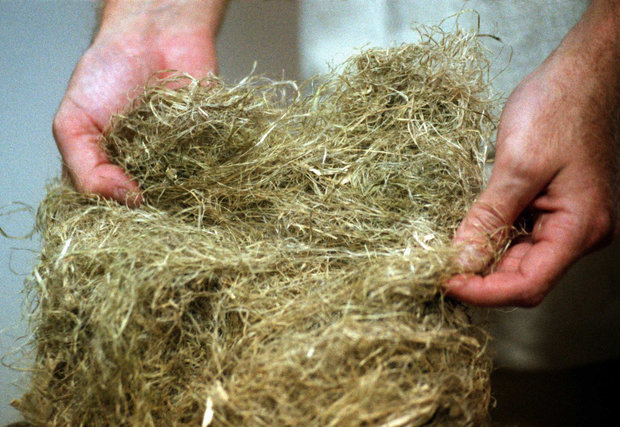