OR: Portland Companies Are Fighting A Secret Plot To Monopolize Cannabis

In a former nursery on the outskirts of Canby, next door to filbert orchards and the constant gunshots of a firing range, Eco Firma Farms' Jesse Peters believes he's helping fight a war for the future of cannabis.

"The patent wars are coming," Peters says. "It's top secret strategic shit going on to take over large swaths of the genetic IP to all cannabis plants. It's crooked shit. If we don't do something right now to protect ourselves, we're all gonna be screwed."

He's standing in an LED-light-filled veg room half-filled with baby plants of Cherry Pie OG and Voodoo Child and tens of other strains, an indoor-grow facility designed to be the most ecologically sustainable in Oregon if not the country. He's 90 percent of the way to being completely carbon neutral with congratulatory letters from PGE to prove it. His 12 grow rooms are stacked double-decker like Lego bricks to save on both space and energy.

But all his efforts to become the first fully carbon-neutral farm in Oregon, the entire shared vision of sustainable cannabis in Oregon, will mean nothing if 10 years from now he's not allowed to grow any of his plants–or pays so much in patent licensing fees that small farms like his can't survive.

Three have already been granted, and according to patent blog Patent Docs they're already enough to cover an estimated 50-70 percent of cannabis currently on the market. But the company didn't seem to exist except as a patent-trolling shell. The writer found ties to former TV show host Montel Williams, cosmetics millionaire Shawn Sedaghat and a lawyer who always seemed to be out of town.

But Lewis' rabbit hole began with a tip from Portland scientist Mowgli Holmes, whose company Phylos Bioscience may also help offer the key to stopping Monsanto or shadowy companies like Biotech from controlling the cannabis future–by genetically testing weed strains to prove they're already in use.

Holmes says that even the first patent Biotech received–for plants with at least 4 percent THC and CBD, without the cannabinoid myrcene–would lock up a "huge, huge portion" of the cannabis market.

Eco Firma's Peters is joining other growers in his plan to have all 62 strains he grows tested at Phylos, which alongside a nonprofit called the Open Cannabis Project is putting together the largest public database of cannabis genetics in the world. Peters is also encouraging other growers to do the same.

One of the goals of the Open Cannabis Project is to document "prior art"–essentially proving that these cannabis strains were already in common use before the patents were filed.

"I'm trying to get all of us to come together as an industry, for all of us to protect our future," Peter says. "The more of us get together to do this, the more of a chance we won't all get trapped in some bullshit patent game where Monsanto owns 90 percent of the patents."

Still, Holmes says the fight won't be simple–and challenging a patent after it's been granted is extraordinarily complex and difficult.

"Patents can be challenged, but it's not easy. The easiest way to challenge a patent," he says, "is to infringe on it and make them sue you. But it's risky."

Peters is game for the fight. Even after testing through Phylos revealed that a strain he bred, Voodoo Child, leaked out of his nursery and has been sold by other growers–mistakenly as a different strain called Gorilla Glue–he doesn't believe in patenting weed plants.

"We ran these genetics through public domain, so it belongs to everybody," he says. "I'm not going to patent any strains we have. I'm just trying to make sure no one can take them away from me. Or anyone else, for that matter."

In the meantime, Peters is forming a new genetics company to bank seeds not covered by the patents, in case the legal challenge doesn't go his way, and is now breeding now strains that fall outside of the patents that were granted.

"The strain banking that's going on here is epic," he says. "We'll just keep stomping footprints out there in the 30 percent that's not covered by their patents. We'll populate the whole planet with that stuff until the 30 percent is the 70 percent." 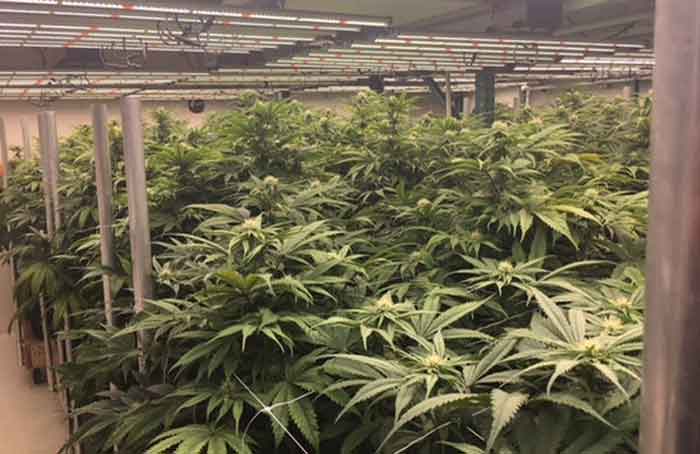