In the marijuana world, cannabis breeder Daniel John "D.J." Short gets rock star raves while simultaneously keeping to the shadows.

The Pendleton marijuana man started tinkering with cannabis genetics about 40 years ago in Eugene and has crafted some of the most creative and well-known strains, including one that smells of fresh blueberries.

Short's seeds and pot breeding skills earned him a spot in the High Times Seed Bank Hall of Fame, which commemorates "brave pot pioneers and trailblazers." He was spotlighted as "The Willy Wonka of Pot" in a 5,000-word tome for the website Grantland, and wrote the 2003 book "Cultivating Exceptional Cannabis: An Expert Breeder Shares His Secrets."

A year after legalization of recreational marijuana in Oregon, Short continues to keep a low profile, awaiting changes to federal law. In the few photos of him online, he inevitably sports a fedora and sunglasses. During rare interviews, he cagily avoids sharing much personal information.

The professor of pot opened up a bit recently while dining on bagels and lox at the Great Pacific Wine & Coffee Co. in Pendleton. His sunglasses and fedora were nowhere in sight, revealing vivid blue eyes and gray hair pulled into a pony tail. He rose to his full six-foot-three-inch height, smiled and stretched out his hand before sinking back into his chair.

While sipping a microbrew, he disclosed why he lives locally, rather than a more marijuana-friendly locale.

"I love Eastern Oregon," said Short. "It is my favorite place on the planet to be. The environment, the climate, the people - it's special here."

He said he started growing pot in 1978 under a fluorescent desk lamp at the foot of his bed. Using knowledge of phenotypes and genotypes garnered from his college botany classes, the 21-year-old experimented with light, soils, fertilizers, terpenes and cloning techniques. Eventually, the fluorescent lamps became halide lights and then sodium lights. He succeeded in crossing Sativa and Indica plants to create fast-growing varieties with various aromas and physical effects. In 1979, he started selling clones. In 1988, he moved to northeast Oregon.

The Michigan native said he comes by his marijuana-whispering skills naturally. His Romanian great-grandmother, a gypsy herbalist who grew cannabis and other herbs for medicinal reasons, passed her skills down the line to her daughter. According to family lore, his grandmother's cannabis cultivation landed her in jail.

"She got busted in 1938 for growing pot in the city of Detroit shortly after it was made illegal," Short said.

His grandmother often sewed with hemp, a variety of cannabis used for its fiber.

"Tablecloths, curtains and my mom's baptismal gown were all made of hemp," he said.

Short's first taste of pot didn't come from his grandmother's pharmacy, but in a more typical way when he and friends purchased a bag. At the time, Short said, he was a skinny teenage boy who struggled with depression sparked by his parent's divorce.

"I started with cannabis when I was about 14," he said. "In essence, it saved my life. It gave me an appetite I lacked and set me on my path."

Short said he was shocked at the gentleness of his first exposure to pot, calling it "a benign, intimate, natural experience." This was in the early 1970s, shortly after President Richard Nixon had launched the War on Drugs and declared them "public enemy number one." Short, then and now, chafes that marijuana is considered a dangerous drug. In truth, he said, shaking his head, cannabis heals more effectively than most pharmaceuticals and is "the safest substance known to human beings," except for maybe oxygen.

"Even water you can drink enough to kill yourself," Short said. "Cannabis is a mild, nontoxic inebriant that doesn't allow us to put enough in ourselves to harm ourselves."

In addition, cannabis heals, he said. Marijuana soothed his mother's pain after a stroke. His girlfriend, after undergoing chemotherapy for her first bout of stage three breast cancer, survived a second bout by taking massive doses of cannabis oil.

Short often compares the subtleties of pot to fine wines. The olfaction chart used by cannabis connoisseurs is much like the wine wheel. Tasters can detect a diverse array of aromas such as fruit and berries, grasses, teas and even ozone, funeral parlor flowers or chemical astringents. The latter, much like in wine, aren't necessarily bad, he said.

The breeder said he watched with interest as recreational cannabis become legal in Colorado, Washington and, a year ago, in Oregon. The legality gives people like Short some elbow room, but he still operates outside the state. Even wholly in-state cannabis operations face obstacles: zoning restrictions, problems getting bank accounts, black market weed and local bans on businesses. The prices, he said, are out of whack - cannabis is "grossly overpriced" and hash (a byproduct) is "grossly underpriced." It's a gray market with all of the outlines blurred to some extent, but Short isn't worried.

Short resists coming completely into the open. He avoids cameras. He doesn't invite reporters and most others to his home or workspace.

"I'm optimistically pessimistic. Things will get better, but for whatever reason, they have to get worse first," he said. "There's no crystal ball for the future of cannabis law." 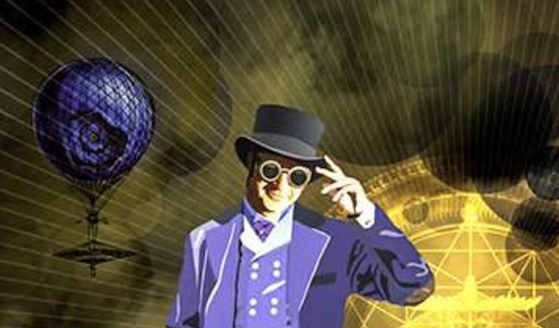 K
OR: Race Is On To Bring Retail Marijuana To Pendleton