"Wholesale marijuana prices declined in 2016 from $2,500 to $1,000 per pound, with some dispensaries offering recreational ounces as low as $65 on CannaSaver.com," said Brian Shapiro, Chief Executive Officer of CannaSaver, to Forbes.

Washington state's marijuana prices average to around $6 per gram today, down considerably from $25 a gram in August 2015. Colorado's average gram fell from $8 to $6, while Bay Area dispensaries such as San Francisco's Bloom Room carries specials for $25 for 1/8th of an ounce, which comes out to roughly $7 per gram.

"We anticipated that the price of marijuana would drop substantially once the adult-use vertical-integration requirements were removed in Colorado in late 2014," said Sally Vander Veer, president of Colorado-based dispensary Medicine Man, to Mic.com. "We saw hundreds of cultivators move into the cannabis space, and once their crops were ready, [we] saw a steady and rapid decline in the wholesale price per pound of marijuana."

Douglas Brown of Contact High Communications believes that the massive influx of pot growers will likely benefit bigger businesses in the long run.

"At some point – and we are probably there now – flower becomes a commodity, like soybeans or corn. And then only the biggest players make any money selling it. Margins are thin, but they grow a lot of flower," Brown told Forbes.

Forbes contributor Debra Borchardt suggests that "growers will have to make their product unique or special in order to stand out if they want to protect their investments," such as brand-name boutique strains such as Snoop Dogg's Leafs by Snoop, or Willie Nelson's Reserve.

"I think we will see more and more brands emerge, for everything from edibles to concentrates to flower, as flower prices decline," said BDS Analytics' Roy Bingham to Forbes. "Margins should remain reliably healthy with brands, as bulk flower prices fluctuate." 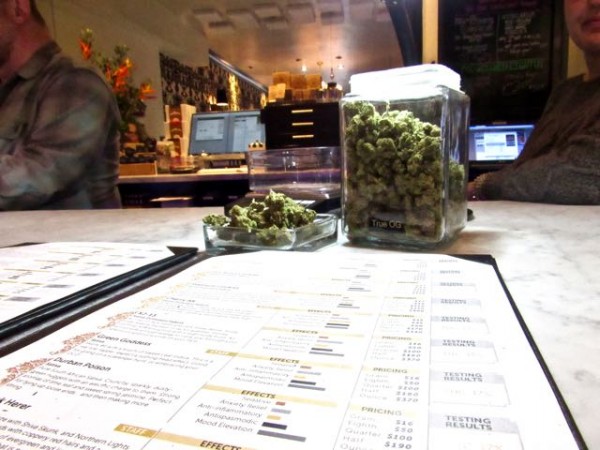 Oct 3, 2017
sica676
S
K
The Mistake Most States Made When Legalizing Marijuana

Jul 9, 2016
Katelyn Baker
K
K
How Much Does Weed Cost? Prices Keep Changing But Here's The Range For Legal Pot