Candidates to grow medical marijuana in the District risk wasting their time, energy and a non-refundable $2,500 if they're not prepared to meet the strict demands of the application process about to get under way.

The D.C. Department of Health issued strict rules Friday that govern how qualified applicants should submit paperwork from Aug. 15 to Sept. 16 for a cultivation license

The applications, which will be scored by a multi-agency panel, could highlight who is serious versus those who is ill-equipped to handle the demands. Candidates so far have only submitted a formal intent to apply. But now they must submit a detailed security plan and descriptions of how marijuana will be handled, stored, packaged and labeled.

D.C. residents have waited more than a dozen years since a referendum showed majority support for a medical-marijuana program. Yet congressional interference and procedural bureaucracy banned, slowed its implementation. In addition, the drug is still illegal by federal standards, and a recent memo by the Justice Department casts doubt on whether U.S. attorneys will look the other way when it comes to local medical-marijuana programs.

Last month, the health department rejected 31 letters of intent to apply for one of 10 cultivation licenses or five dispensary licenses because of errors as simple as forgetting to put down an email address.

"It's telling," applicant Montgomery Blair Sibley said of the process. "We'll know when the 16th of September comes around who put in a real application."

Mr. Sibley said his business, the Medicinal Marijuana Company of the District of Columbia, has been waiting for more than a year to submit a formal application, which must cover topics such as facility size, security cameras and a plan for handling violent incidents or other emergencies.

"It's going to be very detailed," Mr. Sibley said of his planned submission. "We already had done all that legwork."

Applicants also must heed the finer points of the process, such as making 10 printed copies and one electronic PDF of all application materials.

No one can "amend, add to, correct, revise, or supplement" an application after it is submitted, so the health department advises applicants to take heed of revised rules in the regulations posted Friday. Each one must pay a $5,000 application fee, of which $2,500 cannot be refunded.

One applicant, who wished to remain anonymous, said "it's definitely been difficult" to keep up with the fine print while meetings with lawyers and real estate professionals.

The applicant, whose identity was checked by The Washington Times through official documents, said people without experience in medical marijuana production may find themselves in over their heads.

"It's essentially farming," the applicant said. "That means no vacations." 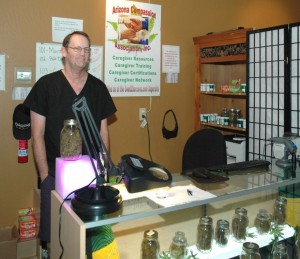 Yet Another Delay For D.C. Medical Marijuana Program

Not Much Competition Yet in D.C. Medical Marijuana Program