The Marijuana Industry Could Be Bigger Than The NFL By 2020

A report out from Greenwave Advisors, a "comprehensive research and financial analysis for the emerging legalized marijuana industry," projects that legal cannabis could be an industry with revenues of $35 billion by 2020 if marijuana is legalized at the federal level. They note that this is a floor representing revenues in the first year of countrywide legalization.

To put that figure in perspective, $35 billion represents more annual revenue than the NFL (currently $10 billion), and is roughly on par with current revenues for the newspaper publishing industry ($38 billion) and the confectionary industry ($34 billion).

It's worth noting that there's a fair degree of uncertainty surrounding these numbers - current estimates place the size of the U.S. black market at anywhere from 10 to 120 billion dollars. Predicting future marijuana sales may be a fool's errand, as evidenced by Colorado's difficulties in projecting marijuana tax revenues earlier this year.

Considering the legal marijuana industry generated roughly $1.53 billion in revenues in 2013, according to industry research group Arcview Market Research, it's reasonable to assume there's a lot of growth potential between now and then. That potential has attracted investor interest, but enthusiasm remains constrained due to the uncertainties surrounding legal weed.

The biggest buzzkill remains the federal government's classification of marijuana as a Schedule 1 substance, making it illegal for any use. The Justice Department has thusfar taken a hands-off approach to legalization efforts in Washington and Colorado. But depending on who wins the White House in 2016, or who Obama nominates for the Attorney General slot until then, that situation could change on a dime.

And the DEA still demonstrates occasional bursts of enthusiasm for raiding medical marijuana dispensaries. Just yesterday the DEA raided two branches of the well-known Farmacy dispensary in the Los Angeles area. The dispensary has a reputation for being one of the "best-run in Los Angeles," but that didn't stop agents from seizing computers, cannabis and cash from the locations. According to the Huffington Post's account, the DEA has not yet given any reason for doing so. In short there's still a lot of risk involved in the marijuana business, and risk makes investors skittish.

Regardless of the eventual legalization path, we're still looking at a good-sized industry that will generate a significant number of jobs and tax revenue. The concern is that we'll see an increase in societal harms associated with increased marijuana use. But as I've written repeatedly, these harms have stubbornly failed to materialize even as states have liberalized that marijuana laws over the past ten years.

And just yesterday the Cato Institute released a working paper examining a variety of social and economic indicators in Colorado - marijuana use rates, crime, drop out and graduation rates, alcohol use, fatal car crashes, and many others - and concluded that "changes in Colorado's marijuana policy have had minimal impact on marijuana use and the outcomes sometimes associated with use." 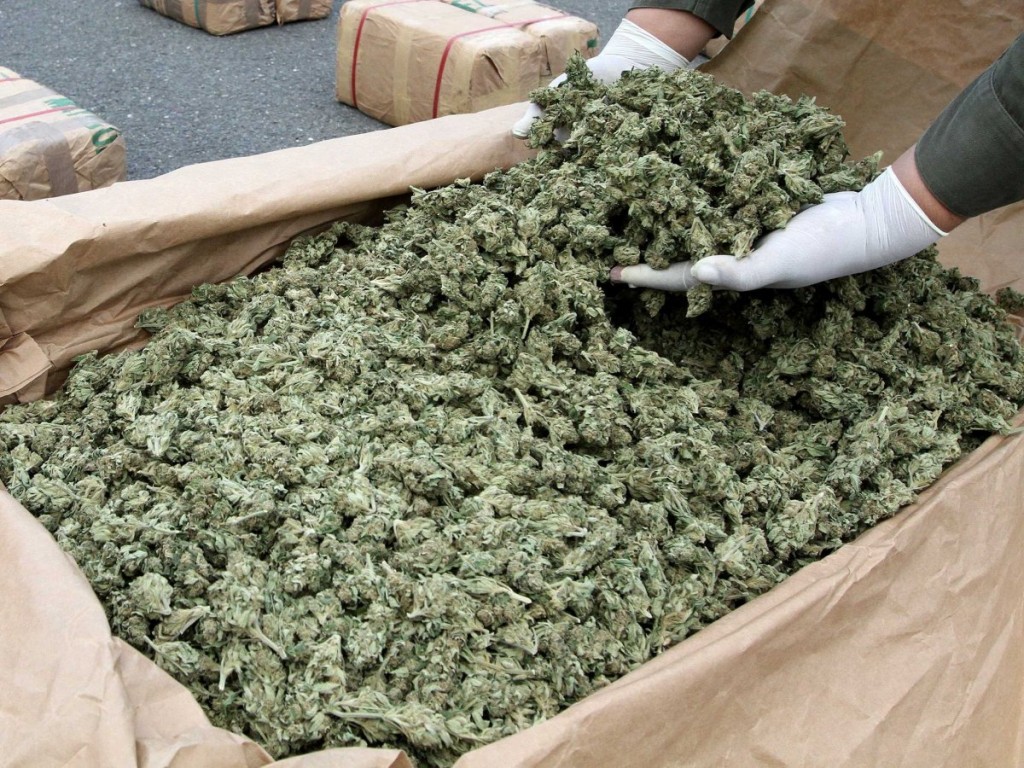 If the NFL was smart, it would develop a side-line business in the marijuana industry -- just like it has so many other side businesses (like selling t-shirts and toys made in China, contracts with beer manufacturers, stuff like that).

The NFL should invest in a medical institution studying the effects of cannabis treatments, along with performing research about selling cannabis edibles and drinks at its stadiums. Think of the money the NFL will save in dealing with drunks, both within its player population and at games, and there would be the benefits of a decrease in domestic violence after drunken games, college students wouldn't create as much mayhem... Sounds like a win-win situation to me.

T
Marijuana Industry Could Be Worth $35 Billion In 2020, If All States Legalize It