Drug squads in Vancouver and Victoria have discretion on whether to bust illegal marijuana dispensaries, but police boards in those cities should have clear policies on when and why they enforce the federal laws prohibiting such storefront pot sales, says B.C.'s municipal police watchdog.

Police Complaint Commissioner Stan Lowe said in letters to the chairs of both boards that police departments should craft criteria determining which risks to public safety merit raiding a dispensary and that forces should provide detailed explanations of what such a process looks like. The letters, obtained by The Globe and Mail, contain recommendations that are not binding, but Mr. Lowe's suggestions come as police forces across Canada grapple with a burgeoning number of dispensaries.

The Vancouver force needs a "clear, objective policy to guide officers," Mr. Lowe wrote in a Nov. 20 letter to Vancouver Mayor Gregor Robertson, head of the city's police board.

Mr. Lowe noted that council had drafted bylaws to regulate and curtail the illegal shops, and "it is apparent that enforcement of criminal legislation remains an important component of the city's approach to this issue."

"But there remains a gap in policies with respect to how police enforcement will fulfill this role."

In a Dec. 29 letter to the two mayors that co-chair the Victoria and Esquimalt Police Board, he stated that the force "could benefit from the creation of a clear and objective policy in the area of enforcement as it relates to marijuana dispensaries."

Mr. Lowe did not say whether such policies should be made public, but in both letters he referenced the Vancouver Police Department's landmark 2006 drug policy, which he said clarified its enforcement priorities for officers and "other stakeholders" alike.

The mayor of Victoria and a Vancouver police spokesman both declined to comment on Tuesday, stating that neither of the boards in their respective cities have officially received or discussed the recommendations from the commissioner's office.

The office handles complaints against 11 municipal departments and three other specialized forces across the province.

Last June, Vancouver City Council became the first in Canada to create a new class of business licence for these illegal stores after councillors said they were forced to send a "wake-up call" to the federal government in the absence of any direction from Ottawa. Since then, other communities across B.C., including Victoria, have voted to pursue similar regulation.

Over the past two years, Vancouver police have raided 11 dispensaries and stated that 16 charges have been approved against suspects involved in these stores. But Vancouver police have left roughly 100 other operators alone, and repeatedly reiterated they will only raid dispensaries suspected of selling to minors or having ties to organized crime.

Ottawa police said in November they wouldn't wade into a "legal grey zone" to shut down a dispensary that made headlines when it opened in November.

The face-to-face sale of cannabis products is illegal, remaining outside of the licensed federal medical marijuana system. Only mail-order sales by about 20 commercial growers are overseen by Health Canada.

Mr. Lowe's office has no jurisdiction over B.C.'s various RCMP detachments, some of which have cracked down on illegal dispensaries in recent months. Representatives with the RCMP did not return calls for comment Tuesday on whether Mounties have a clear policy on dispensaries.

Neil Boyd, head of Simon Fraser University's criminology school and a scholar of prohibition, said new policies clearly identifying when and why police will raid dispensaries "make some sense," especially when such operations occupy a "funny middle ground between medical marijuana use and adult recreational use."

Constable Ian MacDonald, spokesman for Abbotsford's municipal police force, said his department has not yet drafted any policies concerning the Fraser Valley community's lone cannabis dispensary, which the city has taken to court for violating a bylaw banning marijuana sales.

"To this point, the first response to those types of operations has been led by the mayor and council," he said.

The OPCC's recommendations were in response to two complaints by Pamela McColl, a spokeswoman for Smart Approaches to Marijuana Canada. Both complaints were dismissed by the Victoria and Vancouver police boards.

In the past year, Ms. McColl has been filing complaints with municipal, provincial and federal authorities to try to stop dispensaries across Canada that her group says will only increase young people's access to the drug.

Up until now, the majority of Canada's roughly 150 pot shops have been concentrated in Vancouver and Victoria. 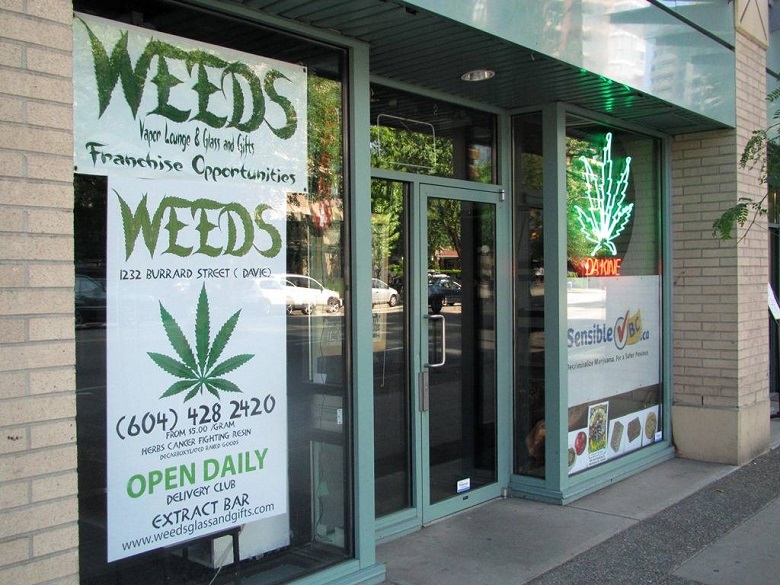 Jul 1, 2016
Katelyn Baker
K
K
BC: A Look At The State Of Marijuana Dispensaries In Victoria

R
Is Victoria The Medical Marijuana Capital Of B.C.?