Over a year after the Virginia General Assembly passed a bill allowing certain institutions to grow hemp, seeds finally went into the ground this summer at Virginia Tech.

Virginia House Bill 699 authorized the creation of the Industrial Hemp Research Program and set criteria for growing hemp in the state.

"The commercial sale of hemp is not allowed in the United States ... none of the research at this point is geared toward marketing," said Erin Williams, a senior policy analyst at the Virginia Department of Agriculture and Consumer Services (VDACS). Her office is responsible for choosing qualified researchers at public institutions of higher education and connecting them with hemp seeds.

Legislation on growing hemp in Virginia began when the federal law changed in February 2014. Nearly 30 other states, including Kentucky and Tennessee, have begun research programs on hemp under the federal farm bill.

An advocacy group, the Industrial Hemp Coalition, sought out politicians such as Delegate Joseph Yost and Senator Rosalyn Dance to petition the Virginia General Assembly to change the laws. Yost and Dance became, "The patrons of the bill that ultimately resulted in the law," Williams said.

There are 28 licensed growers of hemp in Virginia on six sites, three of which are at Virginia Tech and one at nearby Kentland Farms.

"The plant is an interesting plant and I think, given the number of potential benefits from it, it's been intriguing and engaging to be involved with it," said John Fike, an associate professor who has worked in the Virginia Tech Department of Crop and Soil Sciences for the past 16 years. In 2011, a member of the Montgomery County Board of Supervisors approached Fike - who had been doing research on bioenergy fuel - about the possibility of participating in hemp research.

Virginia Tech's study focuses on the agronomy of different varieties of grain and fiber Cannabis sativa, particularly the amount of fertilizer each needs, which soil they grow best in, the best time to plant hemp, etc. The plots for each type are less than an acre.

"We're always trying to keep things as uniform as possible so that the playing field is even," Fike said. He is also investigating how a fiber crop would grow on a grain-management scenario and vice versa to see if one will, "Get higher yields of seed."

Fike and graduate student Jabari Burd handle the plots by hand without modern-farming technology.
"We have to harvest by hand because, well, we're researchers and we have to do it the hard way - but we weren't sure in terms of what would be the best way of harvesting these plots," Fike said.

Virginia Tech imported different types of hemp seeds from all over Europe for the research, including nine grain varieties and eight fiber varieties. Fike said that, on the day of planting, VDACS brought more seeds varieties that it will have to find other ways to test.

James Madison University and Virginia State University are also conducting research under the new bill, however, the topics of their research vary. JMU, in conjunction with farmers in their area, is investigating whether conventional farming equipment is adequate for growing hemp. VSU is investigating its potential uses for biodiesel and, like Virginia Tech, which variety of hemp grows best under certain conditions.

Fike said that there is some validity to using hemp for its high cannabidiol content, which could be used for pharmaceutical purposes, but there are many other uses for the plant. The stems are fibrous and durable, the mature seeds are edible and the leaves and expressed meal may be used for animal feed. One use for hemp is combining it with concrete, a mixture called, "Hempcrete," and using it to build houses.

Hemp was a common crop in Virginia dating back to the 17th century, often used to make rope for ships. Since the 1930s and 1940s, laws on hemp have become more strict due to its relation to the schedule-one controlled substance marijuana.

"They're all the same species, it's just like differences that we have in eye shape and hair form and color and height ... (or the) differences between dobermans and dachshunds, they're all dogs, they're just bred and used for differences purposes," Fike explained.

Tetrahydrocannabinol (THC) is the component of marijuana that induces a high and, while most varieties of the drug have five to 10 percent THC, those used in the study are required to have no more than 0.3 percent.
"Don't try to smoke any of this stuff. You'll get lung cancer first," Fike said.

Hemp is photo-period sensitive, which means that it grows differently depending on day length. Unfortunately, the fiber crops are short-day plants, which means that when fall comes, they will go into reproductive development. This is why they often are not planted after the summer solstice.

"Ideally, we would have planted in May," Fike said.

After the law went into effect July 1, 2015, it was nearly a year before any seeds went into the ground. Seeds were planted late in the summer in Virginia Tech due to an issue with acquiring seeds on time and other setbacks.

An 8-foot tall plant on one of the plots is not what Fike said would be, "Phenomenal" growth, but it is decent for being in the ground for only two months. He thinks that if they been planted in May, the plants may have gotten to 12-feet tall.

VSU planted its seeds earlier, but they were unable to use as many varieties as Virginia Tech.

"The primary challenge that we have encountered is actually importing the seeds," Williams said. Suppliers often require material transfer agreements saying what could and what could not be done with the seeds, however, these agreements occasionally included bans on publication restrictions, which did not sit well with universities.

"The material transfer agreements also often said that the law governing the agreement was the law of another state or the law of another country and a state agency ... We can't sign anything that says the law is anything other than that of Virginia. And some of them weren't willing to negotiate, so that means that there were some seeds we weren't able to get," she said.

Another issue was that the shipping company they worked with would lose required documents, which would cause problems when going through customs.

Researchers are required to send a progress report on Sept. 1 of every year that the VDACS compiles and send to the governor.

They are also currently working on the project and have the opportunity to renew their memorandum on a year-to-year basis for four consecutive renewals. Fike has already sent in his renewal request for next year.

"If the legal environment were really problematic or if I just can't find the funds for it, everything will grind to a halt," Fike said. "I'm optimistic that there's going to be funding opportunities and if we do things well and if legislators see the value of changing the law to make it easier for hemp industry - or I should say hemp industries - to develop, then I think there will be opportunity for me to continue to find support for this research."

Williams said that VDACS sent out a request for proposals in May 2015 about the research to all public institutions of higher education. It approved those who had the most experience and the research interests of the scientists. It has since issued another request with the deadline for submission in mid-August.

"There needs to be a change to the federal law before commercial sale is allowed," Williams said. "So proponents are hopeful that this research authorization is the first step in allowing anyone to grow hemp for commercial purposes." 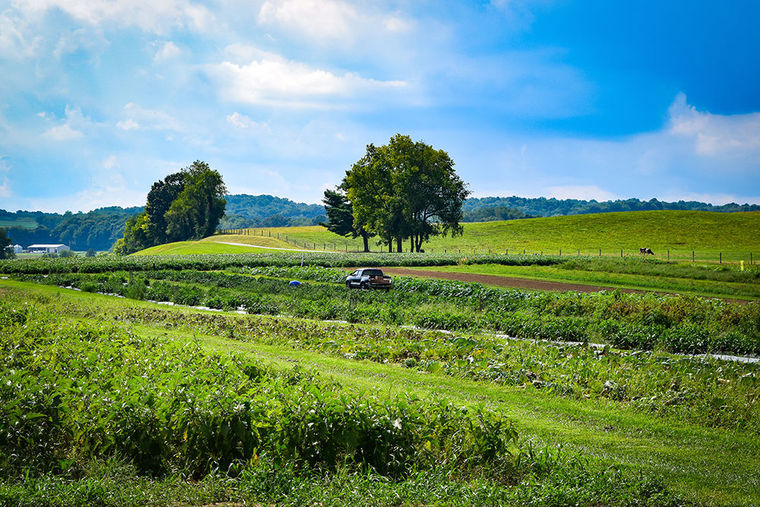