Humulus lupulus, or hops, an essential ingredient in brewing beer, is a close cousin to Cannabis sativa, or marijuana, long used both legally and illegally for medicinal and recreational purposes.

However, that botanical bond is not the reason the $195 million O Bee Credit Union, based in Olympia, Wash., chose to be among the first financial institutions to serve its state's budding recreational marijuana industry.

Chartered in 1955 to serve employees of Olympia Brewing Co., the credit union now serves the entire state of Washington.

"Credit unions were founded to serve the unserved," Jenni Roberts, SVP/COO of O Bee, said. "Members told us they were thinking of getting into recreational marijuana and asked us to look into it."

For those members, it wasn't just a matter of passing the pipe. They formed the vanguard of a newly legalized recreational marijuana industry and needed support from a financial institution to grow businesses designed to serve this emerging market segment, Roberts said.

The vote, cast 56% in favor of the new initiative, also established a tax base for marijuana products with funds going to support health care and substance abuse education and prevention. The initiative has since spawned an increasing number of growers, processors, producers and retail outlets dedicated to serving consumers of what is still considered a Schedule I controlled substance under federal law.

Schedule I is one of four categories defined by the U.S. Drug Enforcement Agency's Controlled Substances Act passed in 1970. It is classified as having a high potential for abuse, no currently accepted medical use, and the lack of accepted safety for use of the drug under medical supervision.

Since early 2014, Washington's credit unions have been serving businesses catering to recreational marijuana use. Industry participants are increasing, but banking services have been slow to catch up, according to Scott Jarvis, director of the Washington Department of Financial Institutions, the state regulatory agency for banks and credit unions.

"Everyone understands it's still against federal law, but it seems to have been accepted calmly by most of our citizens and it's a developing movement," Jarvis said. "I don't say 'a growing movement' anymore because that just gets laughs."

The recreational marijuana industry operates under the oversight of the Washington State Liquor Control Board, and participating businesses undergo rigorous board scrutiny prior to being licensed, including criminal background checks. Despite state-level legalization, the federal government still holds the right to prosecute Washington marijuana industry businesses and seize assets if it so chooses, according to information on the WSLCB website.

"We intentionally do not keep a list," Jarvis said. "We do know anecdotally that there are about two dozen banks and credit unions serving the industry, and half-and-half might not be a bad breakdown between the two."

Like O Bee, some of those credit unions proudly serve what have come to be called I-502 members in honor of the referendum. Others institutions tend not to broadcast their efforts, content to quietly serve this emerging member segment.

In O Bee's case, serving I-502 members is anything but secret and things have proceeded smoothly from the start thanks to solid planning and execution on the part of staff, Roberts said.

"The WSLCB did a fascinating and fabulous job putting together guidelines on which we could piggyback our efforts," Roberts said. "We put together a 50-page plan that our board unanimously approved last August."

Serving I-502 members is as much a public safety issue as it is a financial one, Roberts said. The legalized industry has greater business acumen and financial services support at its disposal. Removing at least a share of the marijuana trade from the streets and putting it into a strict regulatory environment eliminates some the dangers formerly associated with industry, she added.

O Bee currently serves 30 I-502 accounts, Roberts said. She declined to disclose how much the aggregate accounts were worth, but noted they were not significant at either the deposit or asset levels.

The credit union conducted a risk assessment before offering I-502 members checking, savings and money market accounts, as well as debit cards and ACH services. The I-502 members do not have access to shared branching, cannot make cash deposits at ATMs and, as of right now, cannot borrow money. The lending restriction may change within the year, Roberts said.

Visa had been reluctant until recently to service recreational marijuana businesses, restricting electronic transactions and making this a cash-intensive business. However, guidance from the card provider indicated that it will trust the due diligence of the participating financial institutions, Roberts said, opening up the business to more electronic transactions and less cash on the street, another major safety concern for I-502 businesses.

O Bee charges its I-502 members an application fee of $500 for the first WSLCB licensee and $250 each for subsequent licensees from the same company. There also is a $150 per month maintenance fee and a cash in/out charge of 35 basis points on all monies deposited or withdrawn. The services are priced to cover staffing and oversight related to serving these members, Roberts said.

"I absolutely believe this business will grow, and I hope other credit unions will take on the opportunity to serve this industry when they are ready," she noted. "Our I-502 members are thankful we decided to take on the risk and serve them so that they could operate as businesses."

Acceptance of I-502 members began even earlier for the $1.3 billion Numerica Credit Union in Spokane, Wash. Chartered to serve members throughout the state and in the Idaho panhandle, the cooperative opened its first I-502 account on April 28, 2014, according to Kelli Hawkins, Numerica's communications manager.

Numerica was more reluctant to share specifics about its program. Hawkins declined to say how many I-502 accounts the credit union now has or the process and procedures used to service these accounts. She did explain that Numerica allows I-502 account holders to deposit funds, view their accounts online, write checks, send wires, and access ACH payments.

However, these accountholders lack access to many of the features of regular checking accounts, including online bill pay, mobile banking, night deposits, credit cards, courtesy pay or remote deposit capture. The service restrictions were applied to help mitigate the credit union's risk from I-502 businesses, Hawkins said

In addition, I-502 members are limited to having no more $5 million on deposit at any one time. The I-502 accounts in aggregate may equal no more than 5% of Numerica's total funds on deposit.

"Numerica has entered this business slowly and safely," Hawkins said. "Although we won't share our actual processes and procedures, we can say that these accounts require initial and ongoing due diligence that takes significant time, and that we have a qualified team to handle that additional work."

At the $375 million Salal Credit Union in Seattle, the attitude is much less guarded and much more open to the recreational marijuana industry's growing influence. The cooperative began considering the idea a year before the referendum was passed, according to Russ Rosendal, Salal's president/CEO.

"Many of our board members are involved in some form of health care, as physicians, practitioners or in insurance or a related field," Rosendal said. "They have seen first-hand some of the benefits that marijuana gave to patients suffering from cancer and other debilitating illnesses."

Salal board's interest in supporting marijuana-related businesses stemmed from the lack of hard research being done into its medical applications, Rosendal said.

"By legalizing it, you can do more research as well as realize more costs and benefits from the plants," he added.

Like the other credit unions, Salal can't legally serve the medical marijuana industry, once again because of lack of WSLCB oversight of those businesses. Due to the composition of the Salal board, this was a disappointment for the credit union, Rosendal said.

Salal opened its first I-502 accounts in July and August of 2014 and now serves 20 such members, as well as five to 10 ancillary businesses that serve I-502 members, Rosendal said. The credit union is selective and has turned down some applicants.

"We're looking for business people able to understand that this business will have quite a bit of volatility, and that they need the resources to manage through those times," Rosendal said. "We're selective based on who we believe will succeed."

As with the other two credit unions, improved public safety also was important to Salal.

"Getting the cash off the streets became a big priority," Rosendal said. "When it seemed that the banks weren't going to participate, we saw ourselves helping this industry get up and running. It's a legal business and part of succeeding is having a banking relationship."

Visa's early reluctance to provide electronic services to the recreational marijuana industry helped create cash-heavy business that came with its own banking challenges, Rosendal said. To address that, Salal required its I-502 members to hold cash at their places of business for pickup by armored cars contracted by the credit union.

"We don't want these members walking into a branch with a big bag of money," Rosendal said. "All cash must be picked up at their business locations."

In addition to cash pickup, Salal offers I-502 members more advanced deposit services similar to those offered by O Bee. In September, the credit union wrote its first I-502 loan, which coincidentally took place when NCUA paid a visit.

"NCUA examiners looked through our accounts and they were fine on the deposit side, but they were taken off guard on the lending side," Rosendal said. "But we have everything worked out and we're moving forward. We invited them to come back because we want to make sure everyone is comfortable with the way this is evolving."

The NCUA's stance on the issue follows directives from the Financial Crimes Enforcement Network, better known as FinCEN. Those guidelines, as well as criteria laid out by Deputy Attorney General James M. Cole in what is now called the "Cole memo" constitute the legal framework on which both and federal and state financial regulators have created criteria for credit unions serving I-502 members, Washington DFI's Jarvis said.

In a July 18, 2014, letter to Jarvis, Larry Fazio, NCUA's director of the Office of Examinations and Insurance, indicated that FinCEN guidance in serving legal marijuana-related businesses would form the basis of all NCUA examinations for Washington state credit unions. Jarvis issued the same instructions for state regulators along with the reminder that despite federal regulations, businesses supporting the recreational use of marijuana are legal in Washington, at least for the time being.

"To us, it's a legal business in our state," Jarvis said. "We'll see that financial institutions follow federal guidance and if they don't we'll ding them for that. It's no different than if they're not handling the underwriting of their loans correctly."

If anything concerns credit unions with I-502 members it's the eventual lack of capacity to serve the growing market segment. Those currently in the business would like to share the pending wealth with others.

"Three of us in the state are accepting deposits and the three of us can't do it all," Rosendal said. "The more institutions that can get comfortable with this in the end, the better it will help with public safety."

The Seattle credit union's relatively new name also seems to dovetail with what is now a new sensitivity for credit unions.

The word "salal" is the Native American name of Gaultheria shallon, a leathery leaved shrub of the heather family native to North America. The name is in keeping with the credit union's health care origins and much more inclusive for all health care professionals, Rosendal said.

"The Native Americans used the plant for medicinal purposes and used it to brew medicinal teas," Rosendal said.

"We don't think it's hallucinogenic." 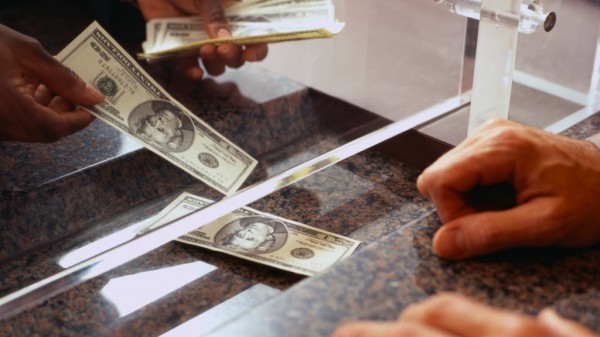