The National Marijuana Commission, which was recently established by the government to facilitate national engagement on the issues surrounding the use of marijuana in St Kitts and Nevis, held its first meeting last Friday.

The commission, chaired by Chief Medical Officer Dr Hazel Laws, comprises members drawn from the fields of education, health, law enforcement and the legal profession, as well as religious bodies, the Rastafarian community and youth, who are tasked with exploring the issues surrounding the use of marijuana/cannabis sativa through national consultations with all stakeholders in society, and to develop a final report that will inform relevant policy decisions.

Laws, in her presentation during the 2018 Budget Estimates Committee Meeting on Wednesday, stated that all members of the Commission are excited to commence the dialogue on the issue of marijuana use in the Federation, taking into account its health, religious and legal implications.

A press release issued on Tuesday by the ministry of health, in observation of World Mental Health Day 2017, identified marijuana/cannabis as one of the most commonly abused substances in the Federation.

The press release further stated, "Substance dependence/abuse is the second most common mental disorder that was diagnosed during 2016 in the community-based health care setting in St Kitts and Nevis."

Prime Minister Dr Timothy Harris commended Laws and the other members of the Commission for leading the broad-based discussions in an open and objective manner, noting that "there's a lot of interest, not only here in St Kitts and Nevis, but regionally and globally on this important matter."

Harris stated earlier that the findings and recommendations following what is expected to be "vigorous and exhaustive consultations" will be presented for consideration by the Federal Cabinet "for a determination on the current drug classification of marijuana."

In the interim, Harris reaffirmed that the country will uphold the laws that are now on the books, and he also called on citizens and residents to abide by the laws of the land. 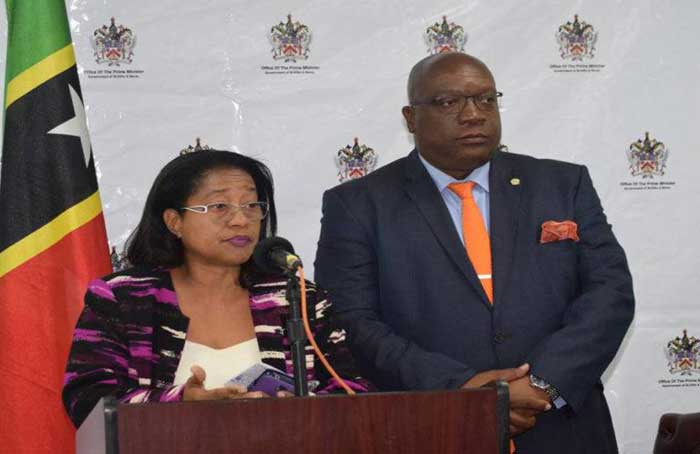 Mar 24, 2017
bobbybravehea
B
T
Caricom Called Upon To Legalize Marijuana