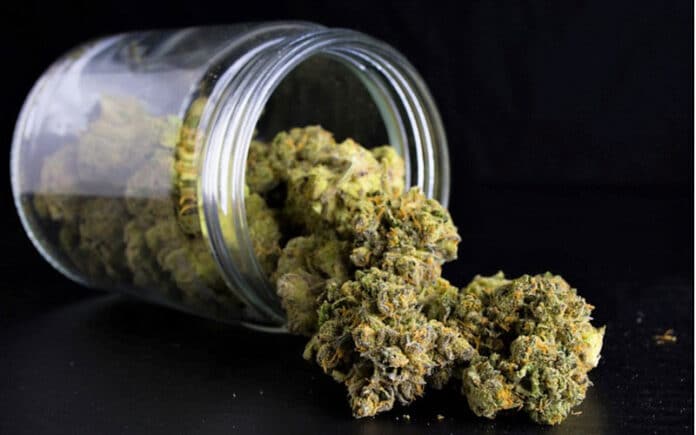 As Canadians deal with the highest inflation in decades and broadening price hikes, one industry remains locked in a lengthy trend of discounting and bargain rates: cannabis.

Laden with inventory, producers and retailers of marijuana have been slashing the prices of their products to bring in cash and fight for market share – a situation that is wildly different from the state of affairs in most other industries, in which broad economic forces are pushing up prices among competitors.

Prices for recreational and medicinal cannabis have dropped by 8.3 per cent and 10.2 per cent, respectively, over the past year, and by roughly 25 per cent in both categories since the end of 2018, according to Statistics Canada. The annual inflation rate hit 6.7 per cent in March, the highest since 1991.

Statscan measures the prices of dried flower and oil in the legal market, accounting for factors such as product size and levels of tetrahydrocannabinol (THC), the main psychoactive component in cannabis. Retail prices have also fallen sharply for vape pens, pre-rolls, edibles and THC-infused beverages, according to other data providers.

More than three years after the legalization of recreational use, the cannabis industry remains highly competitive. Many big-name producers have lost market share over the past year, and recent capital raises have stalled a long-anticipated wave of consolidation and closures.

The future trajectory for cannabis prices is hardly certain – and it depends somewhat on the viability of companies with years of losses under their belts.

“A lot of public companies are selling at a loss and they’re able to do that because they just keep tapping into the markets to bring in cash and then keep selling,” said Prin Sivalingam, senior vice-president of finance at Aurora Cannabis Inc.

But, he said: “I think that day is slowly coming to an end.”

The current environment is a far cry from the opening months of legalization, when the retail market was severely underserved and prices were prohibitive compared to those in the illicit market.

That changed quickly. “By summer of 2019, we were already in a surplus situation” for cannabis supply, said Michael Armstrong, a business professor at Brock University in St. Catharines, Ont.

Consumers have been pretty clear about what they do like: cheaper pot.

Between October and December of last year, 61 per cent of sales of dried flower on the Ontario Cannabis Store (OCS) website were between $3 and $6.50 on a per-gram basis, according to its latest quarterly report. (At retail stores, 45 per cent of sales were in that range.) The cheapest dried cannabis on the provincial site sells for $3.57 a gram (taxes included), albeit usually for purchases of 28 grams, a large amount for a recreational user.

“Much like in other industries, probably the biggest chunk of the market is going to be value-price products,” said Prof. Armstrong, who researches the industry. “Most consumers just want something decent at a low price, particularly if they’re heavy users.”

As low prices persist, buyers are leaving the illicit market. Legal vendors now scoop up a majority of cannabis sales in Ontario – a feat they finally achieved in the second half of 2021, the OCS estimates.

“I think we got to a point where flower pricing on the value segment is actually at, or even slightly below, what the illicit market is at,” Beena Goldenberg, chief executive officer at OrganiGram Holdings Inc., recently said on an earnings call.

But within the legal market, analysts say, there is little brand loyalty and market share is tenuous. In March, 2021, four large producers – Tilray Brands Inc. TLRY-T, Hexo Corp. HEXO-T, Canopy Growth Corp. WEED-T and Aurora Cannabis ACB-T – accounted for 54 per cent of retail sales, according to figures from Hifyre, a data platform that covers a portion of the Canadian cannabis retail market. A year later, they made up just 28 per cent of sales.

Some producers aren’t keen to join a race to the bottom. “You’re seeing an acceleration of irrational pricing, particularly on discount flower, and we’ve made the determination that we’re going to get out of certain categories that don’t make sense and lose money,” Miguel Martin, the CEO of Aurora Cannabis, told analysts in February.

Another key element in lower prices? The proliferation of pot shops.

Once tough to find, cannabis stores have sprouted up in strip malls and on major streets across the country, leading to compressed margins and stiff competition for consumer dollars. The overarching strategy at Value Buds, a retail chain with more than 75 locations across Ontario, Alberta and Saskatchewan, is to undercut its rivals with discount prices.

Meanwhile, production is moving in the right direction – that is, there is now less of it. As of September, there were about 1.7 million square metres of indoor growing space, down 22 per cent from peak levels in 2020, according to the latest figures from Health Canada. Several companies are shuttering production sites, including Hexo, which said in April that it was closing its Belleville, Ont., facility and laying off 230 staff, following other announced shutdowns.

“There’s a conscious effort within the industry itself to start to pull back supply to a level that is supported by the demand we currently have,” said Aurora’s Mr. Sivalingam.

Still, an industry shakeout has yet to materialize, in part because cannabis stock prices got a temporary lift in early 2021, tied to speculation that there would soon be reform in U.S. marijuana laws. Andrew Carter, a cannabis analyst at U.S.-based investment firm Stifel, said “a lot of bad operators” were able to raise money and “prolong their dreams.”

But investors have, once again, soured on cannabis companies. Many producers are selling inventory “just to keep the lights on” and finance their debts, Mr. Carter said.

Several executives and analysts say prices for dried cannabis have bottomed out or will soon, given how little room there is to cut further. Instead, Ms. Goldenberg of OrganiGram said, more “price compression” is likely coming for vape pens and other products.

With low prices sticking around, the industry is poised for a potentially tumultuous time of business failures and acquisitions.

“If prices continue to decline, it means that consolidation of licensed producers is going to accelerate, so things are going to get better, faster” for the industry, said Frederico Gomes, an analyst at ATB Financial. “But it also means that many companies will struggle.”

Canada: Companies Should Assess Their Marijuana Policies Before Legalization