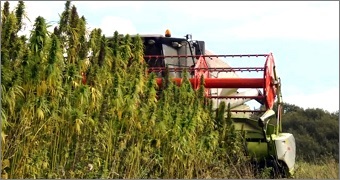 While cooking oil was the main topic of Dean Price’s presentation to the school board, another key component to biofuel would be the growth of farm crops that could supply fresh oil.

Price said two products that could be grown here in North Carolina are canola and hemp.

Back in 1900, hemp was the biggest crop in the state, Price said. Then in the 1930s, confusion over the differences between hemp and its cousin marijuana led to laws outlawing hemp.

The component in marijuana that produces a high is known at tetrahydrocannabinol (THC). While that plant has a good amount of THC, hemp has only a trace in its leaves.

To get high from industrial hemp, “you’d have to smoke a joint the size of a telephone pole,” Lee Edwards, Sugar Hill Farms, explained to a Raleigh newspaper.

Not only that, but consuming enough hemp to feel any “buzz” would result in severe intestinal distress as it would be equal to multiple doses of a high-fiber laxative, studies have shown.

Lawmakers passed the legalization legislation in September, in the final days of the session.

The bill sat on Gov. Pat McCrory’s desk for weeks, with rumors floating around about whether or not he would veto it, but without that veto, the bill became law on Nov. 1.

Tim Hambrick, longtime agent for the Cooperative Extension Service, weighed in on the crop discussion.

Biofuels can be made from any number of products, he said. There was a time when researchers tried using tobacco. However, the leaves had to be transported green, and that created a lot more weight than the dry form that cigarette companies prefer.

That jacked up freight costs, plus there was the question of what to do with the gummy remains of the leaves after the oil was extracted.

One of the good things about corn and soybeans — two big crops in this state — is that the byproduct can be fed to livestock as meal, Hambrick said.

At one time, the U.S. government used hemp as pulp to make $10 bills. It is possible that hemp could both provide oil and be turned into pulp for paper.

Another benefit of hemp is a component called CBD. Recent research suggests that CBD may prevent seizures in epileptics and may serve as a neuroprotectant – that is, able to stem neurological damage following strokes and in neurodegenerative diseases such as Alzheimer’s and Parkinson’s.

The more products that can be developed from a plant, the more lucrative it can be as a cash crop, said Hambrick. Look at how many ways corn and soybeans are used now.

Still, this is all a long, long way from being feasible in Surry County, the agricultural specialist said. Logistics plays a huge part in what crops a farmer will try to grow.

People have grown canola in Surry County before, and it does grow well here, he said. However, it grows in the same season as winter wheat, so a farmer would have to choose one over the other.

There are places to sell goods in Stokes County for feed and Statesville to a place that makes bread and crackers, Hambrick said. That soybean plant in Georgia is a long ways off, and the shipping would make for more of a hassle and cut into profits.

Plus, people have been growing corn and wheat in this state for a century, so the farmers know how to handle them, and there is a lot of infrastructure for the growing, shipping and processing of these crops, he noted.

Still, for all that, if hemp or canola can prove profitable, farmers are smart enough to adapt.

“If there’s enough money in it, people will figure it out,” he said. 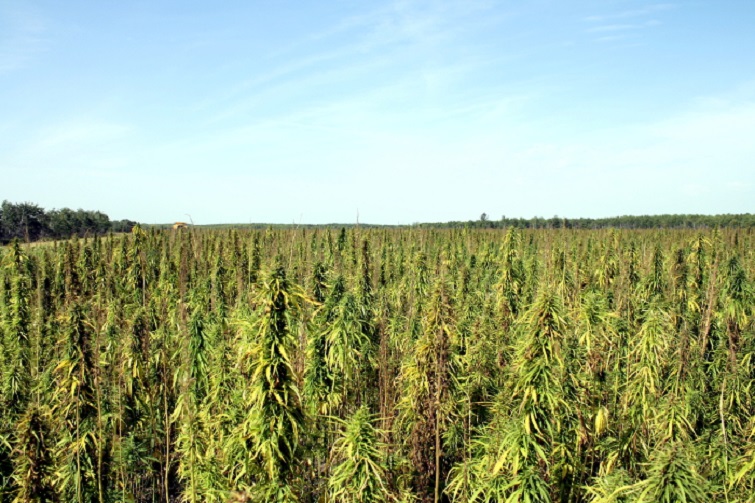