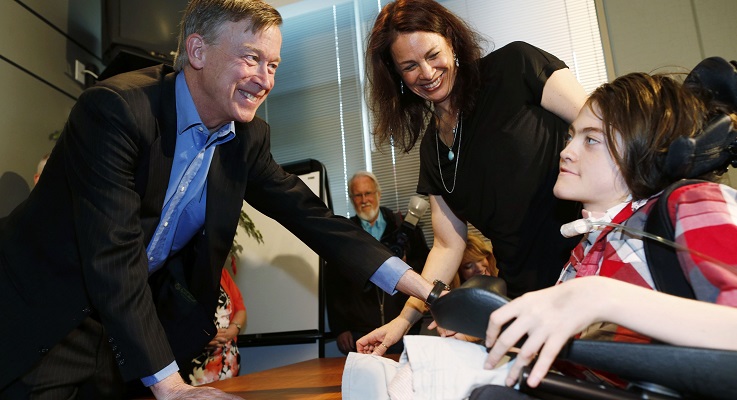 As a New Jersey family wages a court battle to get permission for their daughter to consume edible medical marijuana in school, Colorado this week became the first state in the nation to legalize on-campus cannabis use.

Inspired by the plight of Jack Splitt, a Lakewood, Colo. teenager who relies on a ventilator and wheelchair, Colorado legislators approved a bill that allows students who are registered medical marijuana patients to use edible cannabis products in school, so long as they are administered by a parent or an approved caregiver. Gov. John Hickenlooper signed the bill into law Monday, calling it “a pretty good reflection of what the community wants.”

Roger Barbour of Maple Shade, whose 16-year-old daughter Genny suffers from a severe form of epilepsy and consumes homemade marijuana oil four times a day, praised “the legislative process in Colorado, which was responsive to the individual needs of its state’s residents.”

The Barbours are seeking what they hope is a faster remedy in court for their daughter, who is also diagnosed with autism. Genny’s doctor recommend she ingest four minute doses of cannabis oil a day, but administrators at the Larc School in Bellmawr, for children with developmental disabilities, refused to allow the oil on campus. An administrative law judge in January sided with the school, saying the state’s medical marijuana law conflicts with drug-free school zone laws and the federal law that deems marijuana illegal.

The Barbours have appealed the decision. Since mid-April, Genny has attended school half the day so she can consume the drops of oil mixed into a small glass of soda at home. She has suffered two seizures in the last 10 days, representing a dramatic decline, Roger Barbour said.

“We would definitely prefer the Legislature to address the matter, as we firmly believe it is a matter of states’ rights, similar to the regulation of alcohol, tobacco, firearms. . .doctor and nurse licensing,” he said. “However, we are also firmly convinced that no matter what kind of relief the legislature offers in the next 2 years, the governor will veto it. He has repeatedly stated that he would veto any further ‘expansions’ of the New Jersey Compassionate Use Medical Marijuana Act.

“We think both routes are feasible, but the court route is faster,” he said. 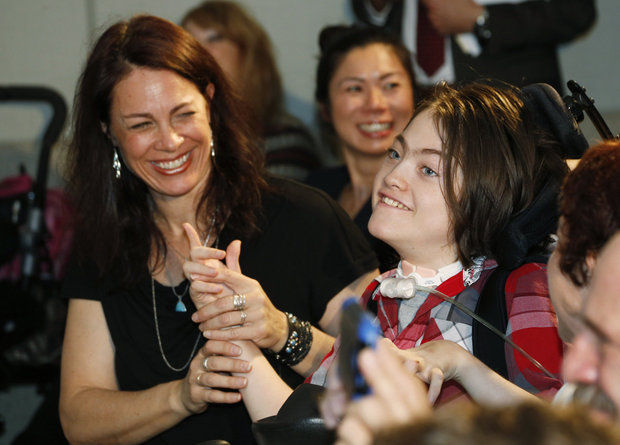