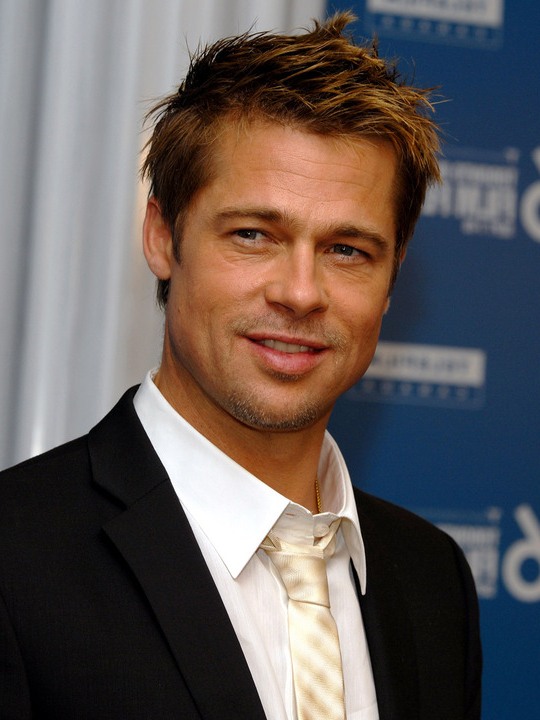 Brad Pitt has thrown his weight behind a documentary that blasts America’s 40-year war on drugs as a failure, calling policies that imprison huge numbers of drug-users a “charade” in urgent need of a rethink.

The Hollywood actor came aboard recently as an executive producer of filmmaker Eugene Jarecki’s “The House I Live In,” which won the Grand Jury Prize in January at the Sundance Film Festival. The film opened in wide release in the United States on Friday.

Ahead of a Los Angeles screening, Pitt and Jarecki spoke passionately about the “War on Drugs” which, according to the documentary, has cost more than $1 trillion and accounted for over 45 million arrests since 1971, and which preys largely on poor and minority communities.

“I know people are suffering because of it. I know I’ve lived a very privileged life in comparison and I can’t stand for it,” Pitt told Reuters on Friday, calling the government’s War on Drugs policy a “charade.”

“It’s such bad strategy. It makes no sense. It perpetuates itself. You make a bust, you drive up profit, which makes more people want to get into it,” he added. “To me, there’s no question; we have to rethink this policy and we have to rethink it now.”

“The House I Live In” was filmed in more than 20 states and tells stories from many sides of the issue, including Jarecki’s African-American nanny, a drug dealer, narcotics officer, inmate, judge, grieving mother, senator and others.

The Los Angeles Times called the film “one of the most important pieces of nonfiction to hit the screen in years,” while the Hollywood Reporter said it was a “potent cry for a drastic rethinking of America’s War on Drugs” and that the film “should connect solidly with viewers at a moment when it seems possible to change public attitudes.”

Pitt, who like his partner Angelina Jolie is no stranger to humanitarian and social causes, said that after seeing Jarecki’s documentary, coupled with his own involvement with aiding the victims of Hurricane Katrina, he realized the U.S. government’s war on drugs may not just be about drugs alone.

“That was an interesting premise for me,” the “Moneyball” star told Reuters. “I hadn’t thought about it in that matter (before seeing the film), but certainly what we witnessed after Katrina proved the idea had validity.”

Some critics have attributed the slow response of the U.S. government to Katrina in 2005, and the devastating flooding of poor areas of New Orleans, to race and class issues.

Now, Pitt believes the War on Drugs is the greatest obstacle for impoverished parts of society, including African Americans, from getting ahead.

“It’s a never-ending cycle. But then when you look at it after what we experienced with Katrina – this is Eugene’s point and what he wanted to investigate – it is actually being used to cap a portion of our society and holding them back, shackling them,” the actor said, adding that he signed on as executive producer to help promote the documentary.

Jarecki contrasted the justice system’s attitude to bankers in the 2008 financial meltdown of Wall Street, who “got a slap on the hand,” with its stance toward young drug-takers.

“A kid right now a block from here is going to have a cop find an ounce of something on his person and he’s going spend 10 years in jail. These are all indicators of a society that has lost its way – and it has lost its way in the direction of injustice and unfairness,” Jarecki told Reuters.