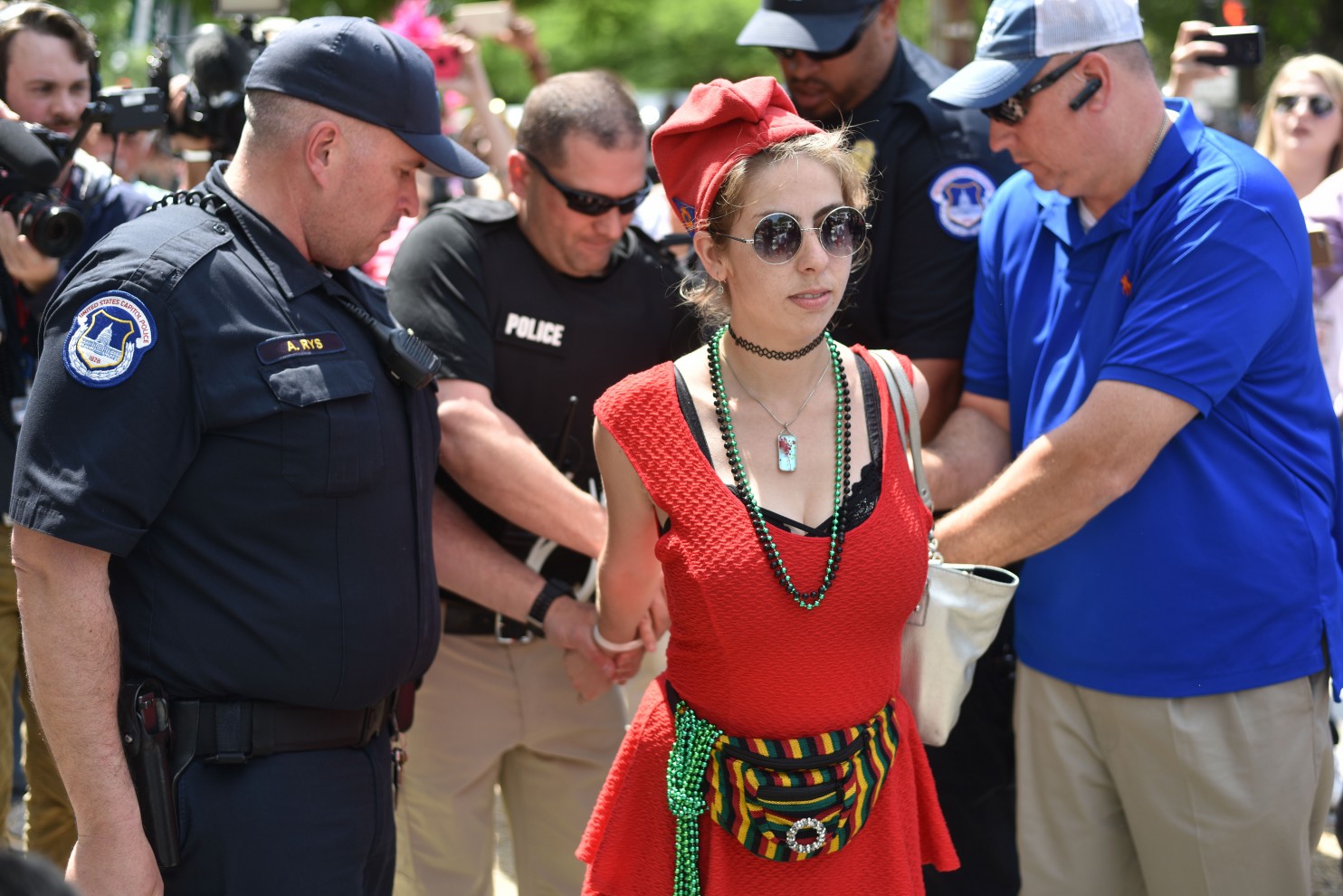 A District woman is firing a novel legal challenge to the ambiguous marijuana laws in the nation’s capital.

U.S. Capitol Police seized Jessica Laycock’s cannabis earlier this year on land under local police jurisdiction, but the charges against her were dropped. Now, she’s fighting to get her pot back.

Laycock, 25, was among seven protesters arrested on April 20 — an annual day of pro-pot advocacy — during a demonstration in which activists gave joints to congressional staffers to push for marijuana-friendly federal laws. Possession of marijuana is illegal on federal land, but protesters say they strategically held the event on District land, where possession of up to two ounces of pot is legal and small amounts can be given away free.

The circumstances of her case highlight the clash between federal pot laws and looser local regulations in a city where small amounts of marijuana are allowed.

U.S. Capitol Police also have jurisdiction on D.C. land, and its officers arrested some of the activists who openly smoked marijuana. Laycock originally was charged with possession and distribution of marijuana, but the U.S. Attorney’s Office for the District of Columbia dropped the charges. Upon her arrest, police seized Laycock’s marijuana — less than two ounces and considered legal on District land — and other marijuana- and cigarette-related paraphernalia.

“Federal laws apply throughout the District of Columbia and the federal law was applied by the [U.S. Capitol Police],” Eva Malecki, a spokeswoman for the federal police agency, wrote in an email.

The U.S. Attorney’s Office declined to comment on the case.

Laycock said since she was following the local law, her marijuana and vaporizer rightfully belong to her. A D.C. police spokeswoman said that the local police agency has returned marijuana to people who are 21 years or older.

“Why am I being told that my stuff is being incinerated?” said Laycock, who works as a cannabis lobbyist. “Where I was standing, cannabis was legal.”

Malecki said marijuana is a Schedule 1 Controlled Substance, and even though charges were dismissed, Capitol Police protocol calls for the marijuana to be destroyed. In the eyes of the federal police agency, Malecki said, marijuana is illegal everywhere in the city.

Nearly 70 percent of District residents favored a referendum in 2014 to legalize marijuana, and Laycock and her lawyer contend that the substance is now legal in the city, even if a Capitol Police officer is patrolling the area.

Laycock’s lawyer, Evan Parke — who is working the case on a pro-bono basis — said Capitol Police have refused to return Laycock’s possessions.

“The strongest legal argument is that she was not doing anything unlawful under D.C. law to begin with, and she was never charged,” Parke said, adding that since there were ultimately no federal charges, police shouldn’t keep what was taken from her.

Parke said is submitting public information requests to Capitol Police in hopes of determining what led them to make the arrests. It is unusual — although not unprecedented — for Capitol Police to make arrests on District grounds while applying federal laws.

Parke said if he doesn’t get clearer answers from police, he might file a lawsuit to get the property back for Laycock in the hopes of having a judge decide the fate.

“They are giving us the runaround,” he said.

Another woman at the April 20 protest is also seeking to have her cannabis returned. Adam Eidinger, a prominent D.C. marijuana activist who helped organize the demonstration and was also arrested, was carrying slightly above the D.C. legal limit of two ounces and is still facing charges. Because of that, he said, he is not asking police to return his marijuana, although he supports Laycock’s legal quest.

“They are letting the stigma of cannabis override the correct interpretation of the law,” Eidinger said. 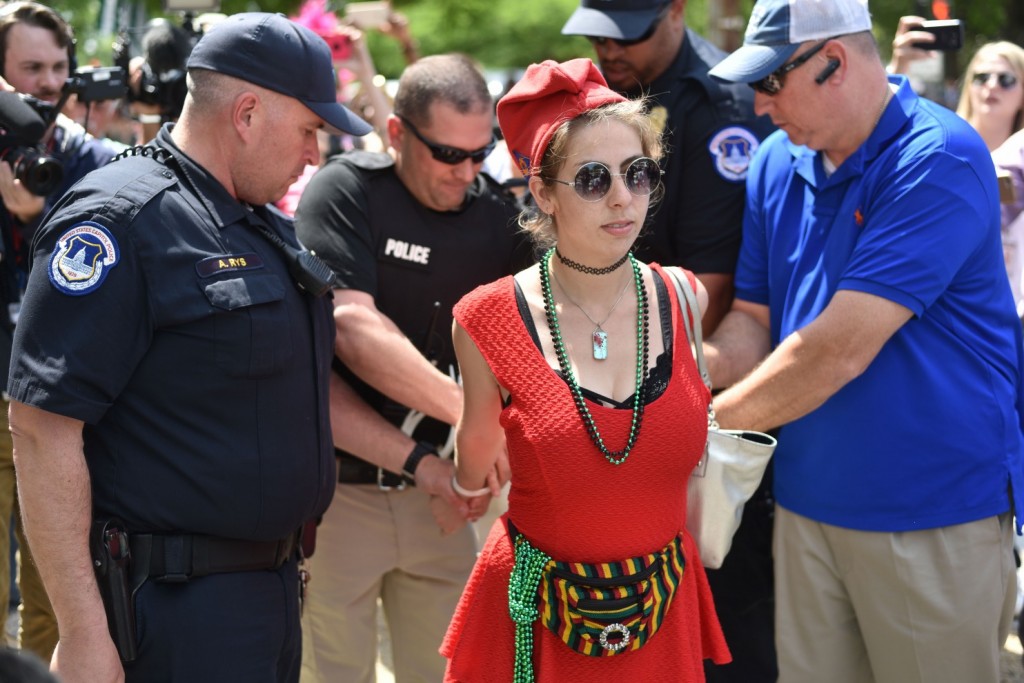