The Obama administration is currently preparing to make a landmark decision on marijuana laws, determining whether or not cannabis has medical benefits. The decision in favor of the drug would put marijuana out of the USA’s list of most dangerous drugs, the Charlotte Observer reports.

President Richard Nixon signed the Controlled Substances Act in 1970 – a law that put marijuana alongside LSD, heroin and mescaline on the federal government’s list of most dangerous drugs. Marijuana is a Schedule 1 drug, meaning it has a high potential for abuse and serves no medicinal purposes.

As modern research and contemporary views have changed the outlook on pot significantly in the 46 years since then, federal law regarding its use just might tip the other way.

The US Drug Enforcement Administration missed its own June 30 deadline to make a decision on whether marijuana should be rescheduled, recognizing its medical value.

In 2011, Democratic former governor of Washington Christine Gregoire and Republican Lincoln Chafee, then governor of Rhode Island, filed a petition with the DEA to re-categorize marijuana as its original classification was wrong and should be changed, according to them. Gregoire said in an interview that she expects the DEA toapprove the petition, albeit it will have taken them a while.

Gregoire said, “To be honest with you, I’d be shocked if they didn’t. Frankly, in five years the entire world has changed in Washington state. Today we have recreational marijuana, and the Justice Department’s nowhere to be found.”

Colorado and Washington became the first states to legalize recreational marijuana in 2012, one year after the governors’ petition.

While the current administration “looking the other way” when it came to these states, Gregoire said it would be difficult for the DEA to give reasons on why cannabis should stay on the dangerous drugs list.

An ongoing debate on what might happen should the DEA agree to the petition is underway, but any move toreschedule marijuana would be a huge step forward in the years-long struggle to legalize marijuana – it could open doors for pharmacies to fill pot prescriptions with little effort, and would allow more educational institutionsto conduct research more efficiently.

The marijuana industry is hoping that Congress will give them a hand, allowing them to deduct their expenses from federal taxes and giving them more access to banks so they won’t have to deal with cash only regulations.

Experts even say that dropping pot from the list could make it easier for marijuana users to challenge employers’ drug test policies.

Allen St. Pierre, executive director of the National Organization for the Reform of Marijuana Laws, said that the DEA’s decision would be “remarkably consequential.”

On the other hand, some believe that the DEA will not change anything at all. Gregory Carter, who helped write the petition and is the medical director of St. Luke’s Rehabilitation Institute in Washington, said, “I’ll believe it when I see it.”

DEA Chief Chuck Rosenberg had previously referred to the idea of marijuana having medical benefits as “a joke” in a controversy that had the public calling for his resignation.

Kevin Sabet, president of Smart Approaches to Marijuana, is against any legalization and said that the chances of the DEA changing marijuana’s classification were “close to zero,” and that there is no scientific basis for such. He added that, “The effects would be almost purely symbolic, and legalizers would use the move to further obfuscate the facts.”

Even if cannabis gets pulled down to Schedule 2, it would still be a highly controlled substance, in the same category as cocaine. And since marijuana is still illegal under federal law, rescheduling it would not change anything in the way pot businesses are currently operating. It would mean a continual risk for anyone cultivating, selling or buying the drug in Washington, Colorado, Alaska and Oregon – the states that have legalized recreational pot – and the states that have approved its use for medical purposes only.

The White House decided to allow the said states to sell cannabis as long as they policed themselves.

The DEA, under pressure from Congress, announced that it would reach a decision “in the first half of 2016” regarding the rescheduling. DEA officials also mentioned that they had already met with the Food and Drugs Administration, which would be in charge of overseeing medical marijuana sales.

Many people who use marijuana for medical purposes have come to rely on small, local dispensaries and fear that rescheduling the drug might put big, pharmaceutical companies in the game, jacking up prices and controlling the market.

Democratic Representative Denny Heck and 13 other members of the House urged Obama in May to consider descheduling cannabis as he ends his term, saying he has a “rare opportunity to move the country forward.”

Heck said his “worst fears were realized” last month when a security guard was killed during an armed robbery at a Colorado dispensary, saying local pot businesses have become handy targets for thieves due to a regulation that penalizes banks that work with marijuana shops. This has forced cannabis dispensaries to run cash-only operations.

The issue on legalizing marijuana has been gaining more traction on Capitol Hill, as more states have approved both medical and recreational pot in recent years. On Wednesday, senators are set to debate the potential medical benefits versus the risks of the drug when the Judiciary Subcommittee on Crime and Terrorism addresses the topic.

Last month, Senator Thom Tillis urged Rosenberg to back his bill that seeks to make it easier to research on the medical benefits and safety of cannabis. Tillis said he is particularly interested in studies regarding cannabidiol, or CBD – a form of cannabis oil known to halt seizures.

If Rosenberg sets a date for the announcement on the decision to reschedule, pro-legalization activists are set togather in front of the White House at 4:20 p.m. – the popular code for pot – for a “smoke-in,” either to celebrate or protest.

Gregoire said she first saw the medicinal value of marijuana in the late 1970s, when her legal secretary was diagnosed with cancer and found reprieve in the drug. She said rescheduling marijuana would allow safe access tothe drug for patients in states where it does not have approval, while paving the way for more research. Gregoire said that this has always been the goal. “Let’s not knee-jerk react to some yesterday’s ’60s proclivity against marijuana.” 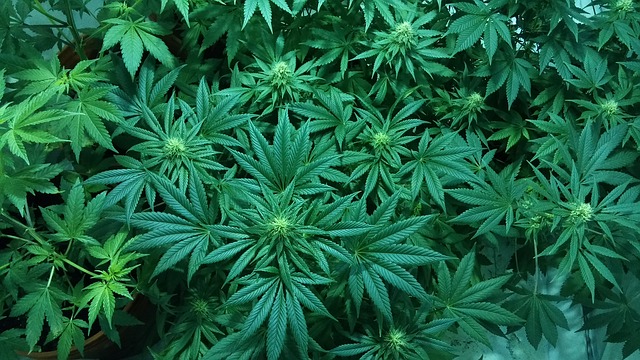