Many have scrutinized the price of the U.S. drug war, especially when it comes to taxpayer money spent to combat the cultivation or use of marijuana. Well, the price tag might be higher than many think, even in states where marijuana is already legal. The U.S. Drug Enforcement Agency (DEA) is reportedly spending some $60 of tax money for each pot plant it destroys in Oregon, the Washington Post reported Thursday.

Although cannabis has been legalized in the state, it remains illegal under federal law, so the DEA continues to fund a police crackdown on the plants. Authorities destroyed about 16,000 plants in 2014, costing the agency some $960,000, according to a recent report by local NBC affiliate KGW-TV. That might be a difficult number to process without any comparison, but nationally, the DEA spent only about $4.20 on each marijuana plant it destroyed.

In Oregon, much of the money reportedly goes to searching for marijuana farms by helicopter, and then having police pull the plants out of the ground. About $275,000 reportedly went to overtime pay for police.

“I think the DEA’s marijuana eradication program is a huge waste of federal taxpayer dollars,” Democratic Rep. Ted Lieu of California told KGW. “We have states like Oregon, Washington and Colorado that have legalized marijuana and then you’ve got the federal government trying to eradicate it. That doesn’t make any sense.”

The DEA spends some $18 million per year on its marijuana eradication program, a nationwide initiative meant to target drug trafficking and cannabis cultivation. The program saw 6,310 people arrested in 2014 and the seizure of more than $27 million, according to its website.

Although marijuana has been legalized in several states the program has continued to receive funding across the country. Critics of legalization have said it would encourage marijuana use while supporters have said it poses less danger than alcohol use, and could help states boost revenue. Advocates have also argued the money spent combating marijuana, without a proven risk to users or greater society, is simply too high. 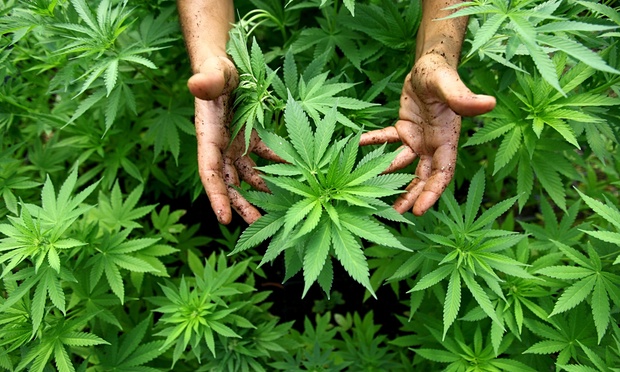