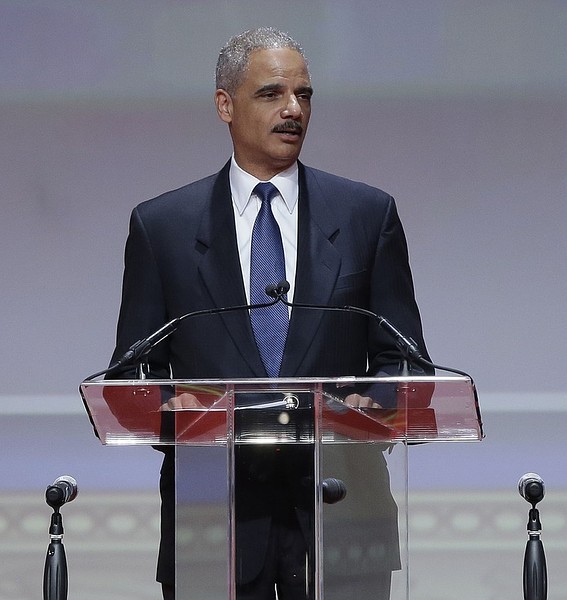 In a dramatic change in drug policy, the Justice Department said Thursday that it won’t sue to stop the states of Colorado and Washington from allowing recreational marijuana use as it issued a sweeping national policy statement that outlines its top priorities for pot enforcement. The action, welcomed by supporters of legalization, could set the stage for more states to legalize marijuana. Alaska is scheduled to vote on legalizing recreational use of marijuana next year, and a few other states plan similar votes in 2016.

Other top-priority enforcement areas include stopping state-authorized marijuana activity from being used as a cover for trafficking other illegal drugs and preventing violence and the use of firearms in the cultivation and distribution of marijuana. The top areas also include preventing drugged driving, preventing growing marijuana on public land and preventing marijuana possession on federal property.

The announcement follows last year’s first-in-the-nation legalization of recreational marijuana use by the states of Colorado and Washington. In the aftermath of the moves by the two state, Attorney General Eric Holder launched a review of marijuana enforcement policy that included an examination of Colorado and Washington. The issue was whether the states should be blocked from operating marijuana markets on the grounds that actively regulating an illegal substance conflicts with federal drug law that bans it.

Last December, President Barack Obama said it does not make sense for the federal government to go after recreational drug users in a state that has legalized recreational use of small amounts of marijuana. Last week, the White House said that prosecution of drug traffickers remains an important priority.

A Pew Research Center poll in March found that 60 percent of Americans think the federal government shouldn’t enforce federal anti-marijuana laws in states where its use has been approved. Younger people, who tend to vote more Democratic, are especially prone to that view. But opponents are worried these moves will lead to more use by young people. Colorado and Washington were states that helped re-elect Obama.

Dan Riffle of the Marijuana Policy Project, the nation’s largest marijuana policy organization, called the policy change “a major and historic step toward ending marijuana prohibition” and “a clear signal that states are free to determine their own policies.”

Kevin Sabet, the director of Project Smart Approaches to Marijuana, an anti-legalization group, predicted the new Justice Department policy will accelerate a national discussion about legalization because people will see its harms — including more drugged driving and higher high school dropout rates.