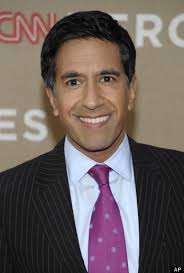 Dr. Sanjay Gupta, CNN’s chief medical correspondent, says he was wrong to ignore marijuana’s medical potential when he wrote an opinion piece in 2009 called “Why I would Vote No on Pot.” Gupta filmed a documentary that aired on CNN on Sunday, August 11, and earlier this week wrote an editorial on CNN.com in which he admitted that the research for the movie changed his mind about the drug and its medicinal effects.

After traveling the world, meeting with medical experts and medical marijuana patients, Gupta concludes “we have been terribly and systematically misled for nearly 70 years in the United States, and I apologize for my own role in that.”

Here are Gupta’s reasons for his change of stance:

In general, Gupta says he listened a bit too closely to medical marijuana opponents and skeptics, and he “didn’t look hard enough, until now. I didn’t look far enough. I didn’t review papers from smaller labs in other countries doing some remarkable research, and I was too dismissive of the loud chorus of legitimate patients whose symptoms improved on cannabis.”