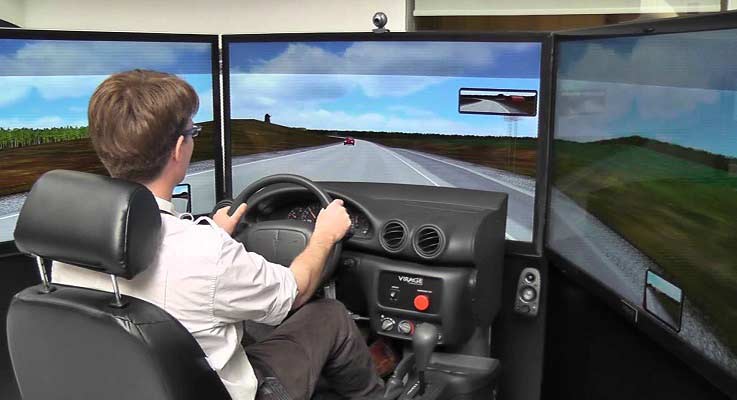 Pot prohibitionists frequently warn that legalization will flood the roads with dangerously stoned drivers, leading to a surge in traffic fatalities. So far there is not much evidence of such a surge in Colorado or Washington, where marijuana was legalized in 2012. A new study may help explain why: It looks like marijuana’s impact on traffic safety has been greatly exaggerated.

Reporters and anti-pot activists commonly warn that marijuana use doubles the risk of a car crash. Even if that were true, toking would pale in comparison to drinking as a road hazard, since research indicates that a blood alcohol concentration of 0.10% quintuples the risk of an accident. But according to an analysis that’s about to be published by the journal Addiction, the increase in crash risk associated with marijuana use is roughly 20% to 30%, as opposed to the widely cited estimate of 92%.

That estimate comes from a 2012 BMJ meta-analysis by Canadian epidemiologist Mark Asbridge and two of his colleagues at Dalhousie University in Halifax. Ole Rogeberg and Rune Elvik—who work, respectively, at the Ragnar Frisch Center for Economic Research and the Norwegian Center for Transport Research, both in Oslo—did a new meta-analysis of the nine studies covered by the BMJ article, taking into account additional confounding variables. As they explain, “Using cannabis and driving under the influence are behaviours that are more common among young adults and males, groups with higher crash risks irrespective of use. Estimated odds ratios typically decline substantially after adjustments for such factors.” That is what happened in this case, and it’s the main reason Rogeberg and Elvik’s results differ from Asbridge’s.

Rogeberg and Elvik also took another look at a 2012 Epidemiologic Reviews article, likewise based on a meta-analysis of nine studies, in which Mu-Chen Li and other researchers at Columbia University’s medical school estimated that marijuana use increases crash risk by 166%. Rogeberg and Elvik found that “the pooled studies report qualitatively different types of associations: Self-reported crashes in some past period for cannabis ever-users vs. never-users, self-reported crashes in a past period for those with self-reported intoxicated driving episodes in the past vs. those without, and acute intoxication amongst crash-involved and other motorists.” They conclude that “the lack of clear study selection criteria…gives the resulting pooled estimate no meaningful interpretation.”

In addition to reanalyzing the data from the earlier reviews, Rogeberg and Elvik did a fresh meta-analysis of 21 studies. The new analysis generated two estimates of the crash risk increase associated with marijuana use (based on two different statistical methods): 22% and 36%. “The replication of Asbridge et al. and Li et al.,” Rogeberg and Elvik write, “indicates that their published pooled estimates substantially overestimated the effect of acute cannabis intoxication on crash risk, and that the pooled estimate presented by Li et al. is hard to interpret given the qualitatively different estimates pooled. The revised estimate from the studies used in Asbridge et al. was in line with the results from the expanded meta-analysis…lying in between the pooled odds from the mixed-effects model of 1.36…and the pooled odds from the PEESE meta-regression of 1.22.”