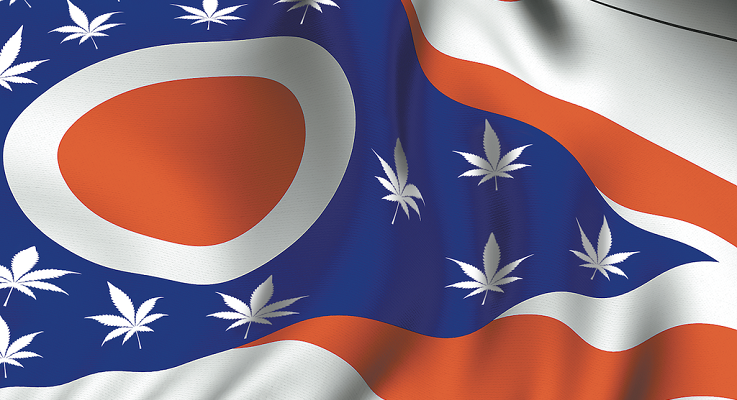 As a member of the International Cannabinoid Research Society, a collector of antique marijuana apothecary jars, the founder of an industrial hemp business and “a pot smoker consistently for 47 years,” Don Wirtshafter, an Ohio lawyer, has fought for decades to make marijuana legal, calling it “my life’s work.”

But when Ohio voters go to the polls Tuesday to consider a constitutional amendment to allow marijuana for both medical and personal use, Mr. Wirtshafter will vote against it.

Issue 3, as the proposed amendment is known, is bankrolled by wealthy investors spending nearly $25 million to put it on the ballot and sell it to voters. If it passes, they would have exclusive rights to growing commercial marijuana in Ohio. The proposal has a strange bedfellows coalition of opponents: law enforcement officers worried about crime, doctors worried about children’s health, state lawmakers, and others who warn that it would enshrine a monopoly in the Ohio Constitution.

The result has been one of the nation’s oddest legalization campaigns, a battle that pits a new generation of corporate investors against grass-roots advocates like Mr. Wirtshafter, who deplores “opportunists seeking monopolistic gains” and laments that America would have been much better off “if they would have just let the hippies have their weed.”

A recent poll by the University of Akron shows voters evenly split, but if the proposal passes, Ohio would be the first state to approve marijuana for personal use without first legalizing medical marijuana. That would put Ohio, a swing state, at the forefront of the national movement to overhaul marijuana laws — just in time for the 2016 presidential campaign. Gov. John R. Kasich of Ohio, a Republican candidate for president, opposes Issue 3.

“If Ohio wins, it will be a significant step forward for the broader movement — nothing will excite attention like that,” said Ethan Nadelmann, executive director of the Drug Policy Alliance in Washington, which has helped lead the national drive for legalization. But his group is remaining neutral rather than endorsing Issue 3, he said, “because of the problematic oligopoly provision.”

To complicate matters, the Ohio General Assembly has put a competing initiative, Issue 2, on the ballot; known as the antimonopoly amendment, it would block Issue 3 by prohibiting the granting of special rights through the state Constitution. There is certain to be a protracted legal battle if both measures pass.

The story of how Issue 3 got onto the ballot begins here in Columbus, the state capital, with a political consultant named Ian James, whose company, The Strategy Network, specializes in gathering signatures for ballot initiatives. In 2009, his firm helped legalize casino gambling in Ohio through a measure that amended the state Constitution and specified where casinos could be located.

Mr. James said he had “taken that premise and applied it to marijuana.” In early 2014, he said, he began meeting with lawyers and a potential investor, James Gould, a Cincinnati sports agent, to talk about a “tightly regulated system” to make marijuana available in Ohio. An organization called the Ohio Rights Group, then represented by Mr. Wirtshafter, was already gathering signatures for an initiative to make medical marijuana legal.

But Mr. James had a more ambitious plan.

With help from Mr. Gould, he found 10 investment groups willing to put up a minimum of $2 million each to finance a campaign to pass an amendment that would legalize marijuana for medical use and personal use in small amounts; set up a commission to regulate it; and designate 10 parcels of land — each owned or optioned by funders of the initiative — where marijuana could be legally grown and cultivated for commercial use.

Adults 21 and older would also be allowed to grow small amounts of marijuana — up to four flowering plants — for themselves. The state commission would license retailers, who would be required to win elections in local precincts.

The backers call themselves ResponsibleOhio. Among the investors: the former professional basketball player Oscar Robertson; the fashion designer Nanette Lepore; Mr. Gould; and two descendants of President William Howard Taft. Each investment group has committed as much as $40 million to build facilities if Issue 3 passes.

Mr. James, whose detractors note that his firm is earning more than $5 million to run ResponsibleOhio, makes no bones about what critics call “the corporatization” of the marijuana business. He said the sale of marijuana would, beginning in 2020, generate $554 million a year in tax revenue for Ohio; 85 percent would go toward safety services and infrastructure repair.

“We have clearly taken this from the tie-dye to the suit-and-tie approach, there is no question about that,” Mr. James said. “Right, wrong or indifferent, this is the way legalization is moving in this country now.”

National advocates are split: The Marijuana Policy Project, like the Drug Policy Alliance, is neutral on Issue 3, while the National Organization for the Reform of Marijuana Laws, or Norml, gave it an uneasy endorsement. Some legalization proponents say Mr. James has created a new model.

“If he is successful with this, a bunch of very rich people will be interested in hiring him to try it in other places,” said Douglas A. Berman, a law professor at Ohio State University who has advised ResponsibleOhio.

Mr. James says he has no plans for other states, though at least five others — including Nevada and California — are expected to have ballot initiatives in 2016.

Outraged lawmakers in Ohio’s Republican-controlled legislature, unwilling to cede control over drug policy, responded with Issue 2, which passed the House with bipartisan backing and the Senate along party lines. State Representative Michael F. Curtin, a Democrat and former editor of The Columbus Dispatch, helped draft the measure, and is a driving force behind Ohioans Against Marijuana Monopolies, the opponents’ coalition.

He calls Issue 3 “a prostitution of the initiative process.”

ResponsibleOhio is making its case to voters on the airwaves (Mr. James said his group would spend as much as $9 million on radio and television ads); with celebrity endorsements (Montel Williams, the talk show host who touts medicinal marijuana as treatment for his multiple sclerosis, was here this week); and paid canvassers who, Mr. James said, will have knocked on one million doors by Election Day.

But perhaps the group’s most contentious marketing effort has been Buddie, an anthropomorphic marijuana bud who looks a bit like a spear of asparagus wearing green cowboy boots and a blue cape, and who has been turning up on college campuses around the state. Critics liken him to Joe Camel, the cartoon character accused of marketing Camel cigarettes to children.

On the campus of the University of Cincinnati on Thursday, Buddie posed for photos and found no shortage of fans among students; most eagerly accepted free T-shirts (with messages like “O-High-O”). Many who stopped were passionate about legalization; others said it mattered little to them; and one, Lee Idoine, told campaign workers who accompanied Buddie that he “worried about the big businesses getting edge on the market right away.”

Mr. Wirtshafter, who practices law in Athens, Ohio, but resigned as the lawyer for the Ohio Rights Group after it endorsed Issue 3, said Buddie proved “how little the organizers of Issue 3 knew about cannabis, its politics and its users.” Mr. Wirtshafter is now active with a new group, Legalize Ohio 2016, which plans its own ballot initiative next year.

On Saturday, he planned to attend a Halloween celebration with a mascot of his own: “Monopoly Man.” 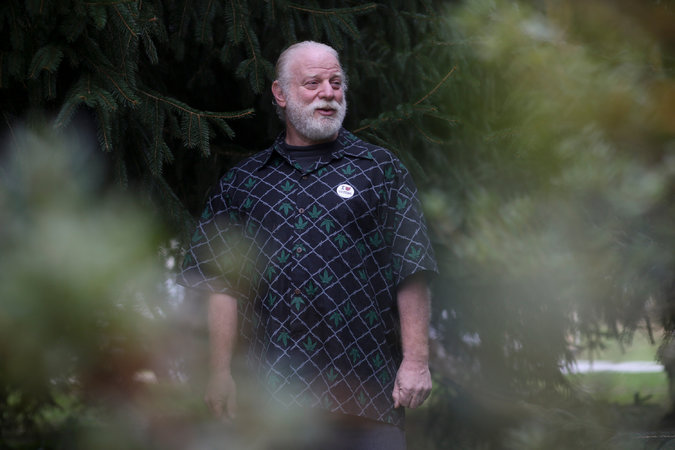