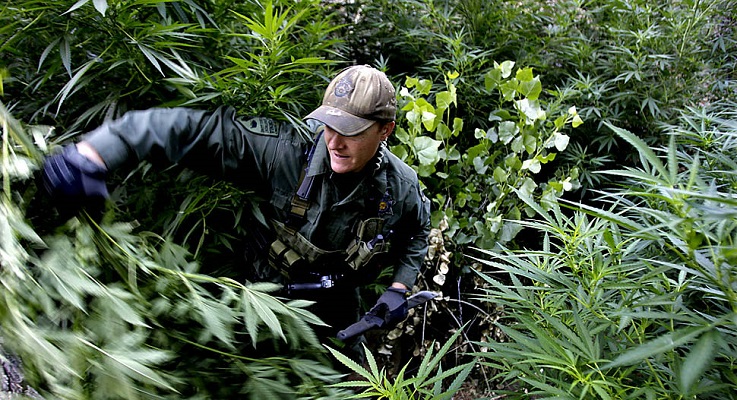 The Drug Enforcement Administration is not having a great year.

The chief of the agency stepped down in April under a cloud of scandal. The acting administrator since then has courted ridicule for saying pot is “probably not” as dangerous as heroin, and more recently he provoked 100,000 petition-signers and seven members of Congress to call for his head after he called medical marijuana “a joke.”

This fall, the administration earned a scathing rebuke from a federal judge over its creative interpretation of a law intended to keep it from harassing medical marijuana providers. Then, the Brookings Institution issued a strongly worded report outlining the administration’s role in “stifling medical research” into medical uses of pot.

Unfortunately for the DEA, the year isn’t over yet. Last week, a group of 12 House members led by Ted Lieu (D) of California wrote to House leadership to push for a provision in the upcoming spending bill that would strip half of the funds away from the DEA’s Cannabis Eradication Program and put that money toward programs that “play a far more useful role in promoting the safety and economic prosperity of the American people”: domestic violence prevention and overall spending reduction efforts.

Each year, the DEA spends about $18 million in efforts with state and local authorities to pull up marijuana plants being grown indoors and outdoors. The program has been plagued by scandal and controversy in recent years. In the mid-2000s, it became clear that the overwhelming majority of “marijuana” plants netted by the program were actually “ditchweed,” or the wild, non-cultivated, non-psychoactive cousin of the marijuana that people smoke.

More recently, overzealous marijuana eradicators have launched heavily armed raids on okra plants and warned the Utah legislature of the threat posed by rabbits who had “cultivated a taste for the marijuana.” Last year, the DEA spent an average of roughly $4.20 (yes, really) for each marijuana plant it successfully uprooted. In some states, the cost to taxpayers approached $60 per uprooted plant.

The program has also proven to be ineffective. The idea behind pulling up pot plants is to reduce the supply of marijuana, thereby reducing its use. In 1977, two years before the program’s introduction, less than a quarter of Americans said they’d ever tried pot, according to Gallup. By 2015, after 36 years of federal marijuana eradication efforts, the share of Americans ever trying pot nearly doubled, to 44 percent.

Given that marijuana is legal in some form or another in nearly half of the nation’s states, some lawmakers are saying enough is enough. “The seizure of these plants has served neither an economic nor public-safety nor a health-related purpose,” Lieu and his colleagues write. “Its sole impact has been to expend limited federal resources that are better spent elsewhere.”

The letter-writers note that the provision to strip $9 million in funding from the program passed on voice vote earlier in the year, “without any opposition from either party.” They urge leadership to include the provision in a must-pass spending bill later this year.

Lieu doesn’t want to stop there: Next year he intends to introduce a measure “to eliminate the program completely,” he said earlier this year. Whether that actually happens will probably depend on how this year’s measure fares during upcoming spending bill negotiations. 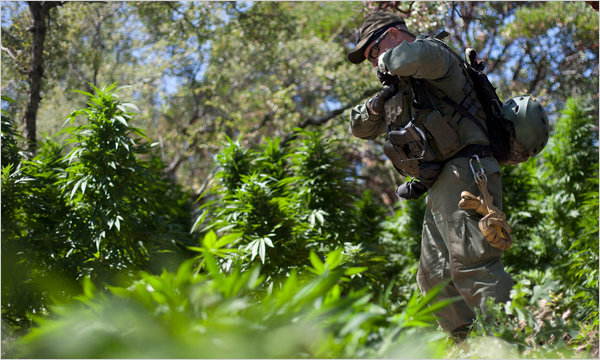