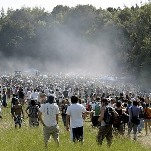 420, 4/20, and 4:20! 420 means many things to many people, myself included. I first heard the term 420 when I was in my early 20’s, and had no idea what it meant until I asked. I learned it meant that on April 20th, Cannabis users celebrate their beloved plant, and that at 4:20 it’s time to blaze a joint, or take some bong rips, etc. The term 420 conjures up positive energy for us who use the term, and brings a smile to our faces.

You get the idea. If you are speaking to someone, and want to know if they partake, it’s as easy as inserting the term in the conversation, and if they smile, then you know. If you get the dumbfounded look, well, they just don’t get it. As Cannabis users, the fear of being outcast from society, fired from our jobs, or thrown in jail is always prevalent. Using the term 420 is a way for us to find each other safely. As much as we believe that we are in the right, there are obviously those that disagree with us. 420 is a way to speak to test the waters, and find 420 people. The Cannabis movement is rising quickly, and I can’t imagine an easier way to find sympathetic people than the term 420. Where would we be without this great term? In Seattle, there is a radio station whose DJ made use of the term daily, at 4:20, and listeners would call in, and you could hear them smoking, it was great. The Gettysburg Address begins: “Four score and twenty years ago”. That is 420. However you decide to use the number, it brings positive energy and good feelings.

Jack Herer (June 18, 1939 – April 15, 2010) was the modern day founder of the movement to legalize Cannabis Hemp. Without him, and his friend, Captain Ed Adair, the Cannabis movement would not be where it is today. Jack’s book, “The Emperor Wears No Clothes”, was published in 1985 and is in it’s 11th Edition. To quote the back cover of the book:

“If all fossil fuels and their derivatives, as well as trees for paper and construction were banned in order to save the planet, reverse the Greenhouse Effect and stop deforestation; then there is only one known annually renewable natural resource that is capable of providing the overall majority of the world’s paper and textiles; meet all of the world’s transportation, industrial and home energy needs, while simultaneously reducing pollution, rebuilding the soil, and cleaning the atmosphere all at the same time… and that substance is — the same one that did it all before — Cannabis Hemp… Marijuana!”

Mr. Herer has a specific strain of Cannabis named in honor of his work, and he ran for President of the U.S. twice. The first time was in 1988, he received 1,949 votes, the second in 1992, receiving 3,875 votes. He ran as the Grassroots Party Candidate.

I did not know Mr. Herer personally, but from having read about him, I admire his dedication and his passion for our beloved flower and Hemp. I believe he was right, that we do need to go back to Nature and start using Hemp for our clothes, our fuel, to build our homes and cars, etc. It is without a doubt the best and only plant, for the job.

Every year on 420, there are many cities and places that celebrate the famous Hempy holiday. Here are some of the top places.

San Francisco, CA. Every year thousands of people flock from all over CA. to San Fran’s Hippie Hill, located in Golden Gate Park near Haight-Ashbury. 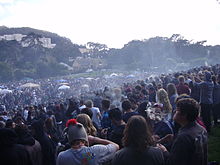 Tallahassee, Florida. Named the #2 most pot smoking city in the U.S, thousands gather in Tallahassee for the annual 420 celebration. Some major places are Tallahassee Mall, or Florida State University campus.

The University of California, in Santa Cruz, has a celebration that takes place in the Porter College Meadow.

At the University of Colorado, in Boulder, thousands attend the yearly celebration. The attendance reached 11,000 in 2008.

In Ottawa, Ontario, thousands gather on Parliament Hill and Major Hill and look toward the Peace Tower as they light up at 4:20.

In Auckland, New Zealand, a 420 group meets annually at the Daktory.

This 4/20, let us celebrate what 420 means to each of us as individuals and as a human race. In doing so, let us not forget to take hits for Jack Herer, as a toke of appreciation for all his hard work, and for paving the way for us 420 Activists. Hempy 420 Everyone!

Most Popular Online Issue Is Marijuana, Will Obama Respond Seriously This...