Under a 2014 voter-approved law, District residents may grow and possess small amounts of marijuana for recreational use. But they cannot legally buy it, and the city cannot tax sales, because of a provision in the federal budget that prohibits the District from using funds to regulate and tax such transactions.

Advocates have long hoped Congress would kill that budget rider, which was added by House Republicans. Removing it appears more likely now with Democrats in control of both chambers of Congress and the White House.

Bowser’s bill, dubbed the Safe Cannabis Sales Act of 2021, would require automatic expungement of records for certain cannabis convictions and direct sales tax revenue toward certain wards and programs to help disadvantaged residents. It contains other provisions aimed at equitably distributing the program’s benefits and opportunities.

“This is about safety, equity, and justice,” Bowser said in a news release. “Through this legislation, we can fulfill the will of DC voters, reduce barriers for entering the cannabis industry, and invest in programs that serve residents and neighborhoods hardest hit by the criminalization of marijuana.”

The release said the bill would create a “a safe, legal marketplace, not concentrated in any one part of the city, where cannabis will not be cross-sold with more dangerous drugs, and driving down the demand for illegal drugs which causes violence in DC neighborhoods.”

In recent years, council members have advanced their own legalization bills, and they will probably do so again this year.

“I am optimistic that both houses [of Congress] will go along with dropping the rider, finally,” D.C. Council Chairman Phil Mendelson (D-At Large) said in a statement Friday. Of Bowser’s legislation, he added, “I don’t think this bill goes far enough to address equity issues in the District.”

Del. Eleanor Holmes Norton (D), the District’s nonvoting representative in Congress, has said the act’s passage also increases the odds of removing the federal obstacle to a D.C. legalization bill.

Under current law, District residents over 21 can legally grow and use marijuana, and possess up to two ounces. But it must be used and grown on private property and cannot be exchanged for money, goods or services.

Residents cannot buy marijuana as they can in states that have legalized the drug, and the District is not able to tax transactions, losing what could be millions in revenue annually.

The District has dispensaries for registered patients who use medical marijuana. 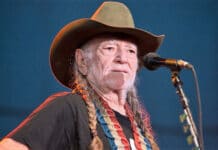 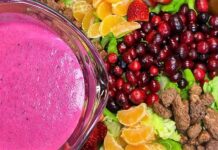 Any Amount Of Pot Would Be Legal To Possess Under Bill...