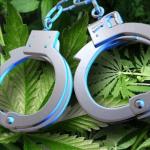 The Criminal Court has sentenced a Bangladeshi national to life, after the court found him guilty of attempting to smuggle cannabis into the Maldives. According to police, the man was charged with attempting to smuggle drugs on October 2010.  The police identified the Bangladeshi man as Sumon Miah, 24. Sumon arrived to Maldives on 18 October 2010 on Qatar Airways Flight QR380 at 7:40am in the morning from Doha. The illegal drugs were found inside a plastic bag wrapped in carbon paper that was attached below his luggage, the police said.

The drugs were then handed to the police forensic department that tested the drugs and weighed them.

Police found that the drugs he was carrying were 730.80 grams of ‘Cannabis buds’.

Police concluded investigation into the case and sent it to Prosecutor General on November 2010.

The media reported that two customs officials today told the court the Bangladeshi man arrived on a Qatar Airwaya flight and customs officials searched his luggage on his arrival in his presence and discovered illegal narcotics.

When Customs Officials questioned him about the discovered items, he said it belonged to him, local newspapers reported.

Another Maldivian man was also sentenced to life in prison after the court found him guilty of possessing illegal drugs for the purpose of dealing.

The person was identified in the local media as Mohamed Rasheed Abdul Bagir.

In addition to the sentence for possessing drugs for dealing, he received 10 years imprisonment for possessing an illegal drug without doctor’s prescription.

According to media reports, the man was arrested inside a restaurant on 12 March 2011 and the drugs were found inside a packet in his pocket.