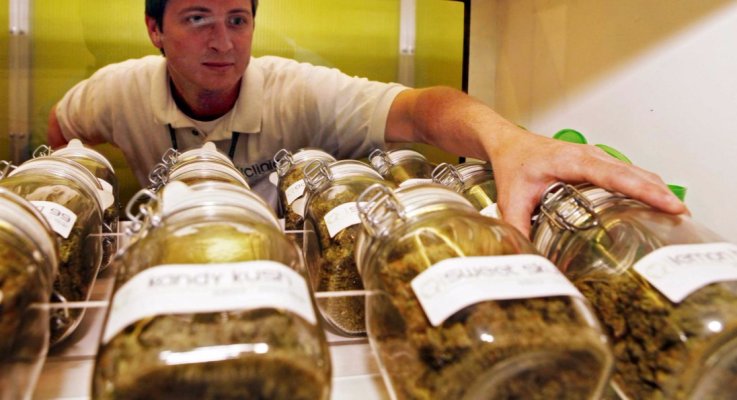 New York — After a 12-year battle with debilitating abdominal conditions that forced her to stop working, marijuana has helped Lynn Sabulski feel well enough to look for a job.

Sabulski is among nearly 14,000 patients in New York state who are certified to use medical marijuana for one of 10 conditions, including her primary diagnosis, inflammatory bowel disease. Marijuana doesn’t address her underlying disease, but it does relieve her painful symptoms.

Nationwide, an estimated 1.4 million patients in 28 states and the District of Columbia use legal medical marijuana for a varying list of conditions. A much smaller number of patients in 16 states use limited extracts of the plant, primarily to treat seizure disorders.

In the midst of an opioid crisis, some medical practitioners and researchers believe that greater use of marijuana for pain relief could result in fewer people using the highly addictive prescription painkillers that led to the epidemic.

In December, the New York Health Department said it would start allowing some patients with certain types of chronic pain to use marijuana as long as they have tried other therapies. The state’s original medical marijuana law, along with those in Connecticut, Illinois, New Hampshire and New Jersey, did not include chronic pain as an allowable condition for marijuana use, in part over concerns that such a broad category of symptoms could result in widespread and potentially inappropriate use of the controversial medicine.

Advocates for greater use of medical marijuana argue that including chronic pain as an allowable condition could result in even further reductions in dangerous opioid use.

But some physicians remain cautious about recommending the botanical medicine as a pain management tool.

Dr. Jane Ballantyne, a pain specialist at the University of Washington and president of Physicians for Responsible Opioid Prescribing, which promotes the use of alternatives to opioids for chronic pain, said she does not recommend that her patients try marijuana.

At Mount Sinai Hospital here in the city, Dr. Houman Danesh, director of integrative pain management, suggests patients try physical therapy, yoga, acupuncture, stem cell therapy, nutrition counseling, hypnosis and behavioral health counseling before resorting to opioids or any other medications. He said lack of sufficient research to back up marijuana’s safety and efficacy has kept him from adding it to his pain management toolkit, but he doesn’t rule it out in the near future.

In January, the National Academies of Sciences, Engineering, and Medicine released a review of 10,000 medical marijuana studies published since 1999, showing that substantial evidence supports the use of marijuana or its extracts for the treatment of chronic pain. Existing research also supports its effectiveness in treating multiple-sclerosis-related muscle spasms and chemotherapy-induced nausea and vomiting, according to the literature review. But the study cautioned that both the positive and negative health effects of marijuana need to be studied further.

Historically, research on marijuana has been hamstrung by the Controlled Substances Act of 1970, which classifies marijuana along with heroin and LSD as illegal substances with “no currently accepted medical use and a high potential for abuse.” As a result, the supply of legal marijuana that can be studied and federal funds to pursue academic research are limited.

Since 1996, when California voters ushered in the first law legalizing medical marijuana, the progression of states adopting similar laws has been slow and steady. California’s law was only one paragraph long and it didn’t limit the use of marijuana to any specific conditions. Since then, most state laws have included more detail about marijuana’s allowable uses.

Enacted in 2014, New York’s medical marijuana law is considered among the most cautious in the nation. Americans for Safe Access, a patient advocacy group, gives the state a letter grade of C when it comes to balancing product safety and ease of access to the emerging medicine.

In the fall, after two years of operation, the state health agency declared its medical marijuana program a success and expanded its rules to allow nurse practitioners to certify patients for marijuana use. The state also approved home delivery for patients too ill to travel and announced it would certify more manufacturers of marijuana extracts to increase the supply of tinctures, liquid capsules, sprays and vape cartridges available for patients who rely on them.

Sibulski’s physician, Dr. Howard Shapiro, started certifying patients for marijuana about a year ago and quickly became a believer. He’s one of only 371 doctors out of nearly 33,000 in the city’s five boroughs registered to certify patients for medical marijuana. Statewide, only 863 out of roughly 96,000 physicians have signed up for the program.

Technically, doctors can’t prescribe marijuana for their patients because federal law prohibits it. But under New York and most other state laws, doctors can verify that patients are suffering from an allowable condition, which authorizes patients to purchase marijuana on their own at a regulated dispensary. So far, Medicaid, Medicare and most private insurance do not cover medical marijuana, so patients must pay out of pocket.

As a primary care doctor who takes a holistic approach to medicine, Shapiro said trying medical marijuana was a natural for him. But he said he worried that “a bunch of druggies would start showing up.” Instead, he said the patients he began seeing were all very sick and none of them appeared to be seeking drugs for fun. The improvement he saw in those first patients was remarkable, he said.

“I really think medical marijuana is the drug of the future,” Shapiro said. “We’re going to find out that it does a lot of things we already think it can do, but don’t have scientific studies to prove it.”

Out of 109 patients he’s seen over the past year, all but a handful reported substantial improvement in their pain and other symptoms within a month or two of using medical marijuana, he said.

For Shapiro’s patients, the cost of marijuana treatment ranges from $300 to $400 a month, depending on their level of use. Sibulski said her monthly bill is about $400.

“I urge my patients to purchase only a two-week supply at first, so they don’t waste money on a dose that may not be effective,” Shapiro said. Most patients start out with a 1-to-1 ratio of THC, the intoxicating component of marijuana, to CBD, the second major component, which has proven to be medically effective for a range of conditions.

Patients typically need to work with the dispensary to adjust their ratio so that the medication alleviates their symptoms but doesn’t get them too high to function, Shapiro explained. It’s a trial-and-error process, he said.

Most marijuana patients take a tincture or liquid capsule every four to six hours during the day and use a vape pen to inhale a faster-acting dose of marijuana extract when they have breakthrough symptoms. Sibulski said she uses a vape pen before she gets out of bed in the morning, because it almost instantly wards off her abdominal spasms. She then takes an oral dose, which kicks in within one to two hours.

At 36, when she quit her job last year, Sibulski said she feared she would be permanently disabled and never be able to return to work. She had seen multiple specialists and tried a medicine cabinet full of prescribed drugs, including OxyContin and muscle relaxers, to relieve her pain and abdominal spasms, but nothing worked.

Once she was unemployed, Sibulski said she experimented on her own with street-purchased marijuana and found that it worked better than anything else she had tried. But she couldn’t control the potency of what she was smoking, so sometimes it worked and sometimes it didn’t, and sometimes it made her too high to function.

Still, she felt well enough to return to work and started applying for jobs. That’s when she realized she couldn’t pass a drug test, which she said most employers she spoke to required.

In December, Sibulski found Shapiro through a Yelp listing and brought him her medical files so he could consider certifying her to use pharmaceutical-grade marijuana. Working with him and a pharmacist at a dispensary in Queens, she said she found the perfect combination of THC and CBD to keep her symptoms at bay while allowing her to be highly functional.

“It’s been life-changing,” she said. As a certified marijuana patient, she’s hoping potential employers will waive that part of the drug test.

“Many marijuana patients are what we call the ‘intractables.’ They try everything the medical system has to offer, and they finally find relief from medical cannabis,” he said.

Dahmer says he agrees with the state’s cautious approach. “We physicians take an oath to ‘do no harm.’ ” But unfortunately, he said, it means a lot of patients who could benefit from marijuana aren’t getting access to it. “It’s my hope that the door will open wider in the future and medical marijuana will become a first-line treatment.” 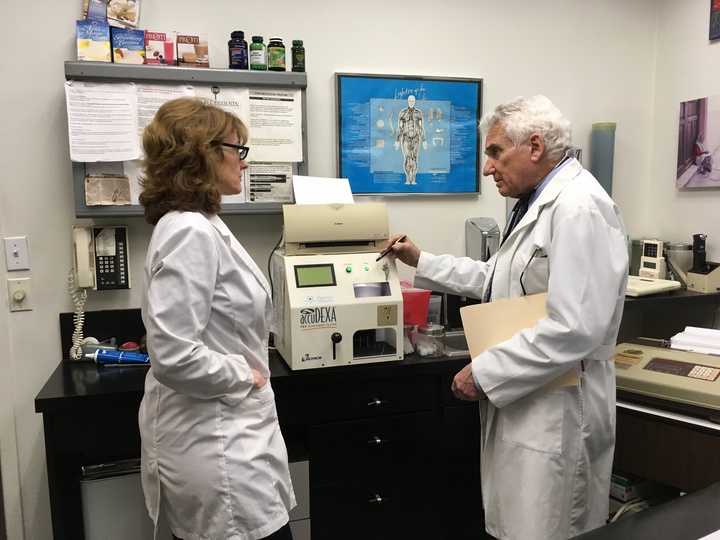 In California, Learning How Marijuana Is An Unlikely Divider