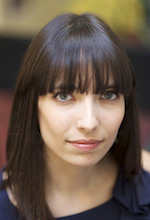 A high-profile advocate for marijuana legalization has filed her papers to run as a Liberal in the next federal election, putting the spotlight on an issue that the Conservatives have used to attack Liberal Leader Justin Trudeau. Jodie Emery filed her nomination papers Monday in Vancouver East, a riding the NDP has held since 1997. Ms. Emery is a prominent marijuana legalization advocate, along with her husband Marc Emery, known as the “Prince of Pot,” who returned to Canada last month after serving an American jail sentence over selling marijuana seeds.

Her path to candidacy, however, remains unclear. The party declined comment, though one Liberal source cautioned early signs are “it will not be smooth sailing” for Ms. Emery despite her high profile. She’ll go through the normal process to be approved as a candidate for the Liberal nomination in the riding. Ms. Emery, however, has the backing of local Liberals, including a former riding president, who is currently the party’s election-readiness chair in the riding, and the local Liberal association’s vice-president. She says they approached her to run.

“I understand the Liberals don’t want the media marijuana star couple trying to steal the limelight or whatever, but it’s not about us. For Marc and I, it’s about trying to get [Stephen] Harper out of office. For me, that’s my primary goal,” Ms. Emery, 29, said Monday. “… For many proud Canadians who are disappointed in this government, I think the Liberal party offers a great party to join and support to take back this country for the people, the environment and everything else that is so important.”

She has previously run for the provincial Green Party, but said she chose the Liberals in part because they are the only party “that can replace the Harper government” in next year’s election. “Justin Trudeau represents new, fresh leadership. I feel like he’s somebody who may be called a blank slate, but that’s somebody that’s open to ideas. He wants to base his policies on facts and science, not on ideology the way Harper does,” Ms. Emery said.

Liberal party spokesman Olivier Duchesneau declined to comment on Ms. Emery’s would-be candidacy, but said the riding’s nomination race has not yet been formally opened. “Every Canadian can enter the process, go online and request a nomination package and submit it. We never comment on a hypothetical candidate,” Mr. Duchesneau said.

However, one Liberal source said party officials already expect questions for Ms. Emery that could derail her candidacy “just based on what’s available on the public record at this time.” Another source said Ms. Emery’s nomination would be a long shot and that the riding is considered the “least winnable” in Vancouver.

Ms. Emery, however, said she’s looking forward to speaking with a Liberal selection committee. “I’m looking forward to talking to them though. I’m confident in everything I’ve done, and even if I said something outrageous, I’m a human being, I can own up to that or apologize or whatever it may be. I stand true to my principles more than anything else,” she said.

Mr. Trudeau also favours marijuana legalization, and the Conservatives have regularly targeted him and the Liberals on the issue. Recently, on Sept. 5, a party fundraising e-mail signed by International Trade Minister Ed Fast attacked the Liberals by saying “the only trade they’re interested in is the marijuana trade.” A new electoral map is being introduced for next year’s election, but the current Vancouver East seat is held by NDP MP Libby Davies, who has won it consecutively since 1997. Ms. Emery ran in 2009 and 2013 for the B.C. Green Party, earning 11 per cent of the vote in last year’s race. 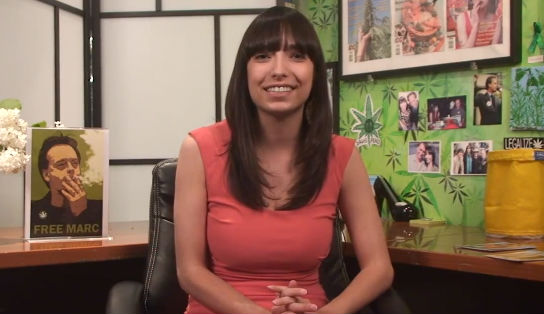