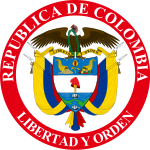 Colombia’s Supreme Court ruled Wednesday that carrying small doses of drugs is not a punishable offense, torpedoing years of effort by the administration of former President Alvaro Uribe to criminalize the personal possession and consumption of drugs.

According to the court, penalizing the personal use of drugs violates the “free development of personality.”

The court found that Legislative Act No.2, 2009, which banned the personal use of drugs, “implies the nullification of fundamental rights, and it represses and sanctions with the severest punishments (imprisonment) the personal decision to abandon one’s personal health, a choice that corresponds to their own decision and does not infringe on the rights of other members of society.”

According to newspaper El Tiempo, the Supreme Court set the “personal amount” of drugs at 20 grams of marijuana.

Colombia’s highest court based its ruling on the case of a minor who had nearly 80 grams of marijuana in his possession. While the court decided the amount exceeded personal use, they took the opportunity to overturn the general ban on personal consumption.

The landmark ruling overturns legislation passed by Colombia’s Congress in 2009 that penalized the carrying of all amounts of illegal drugs. The passing of the bill was considered a success for Uribe, who for years had been trying to ban drugs, claiming the decriminalized dosage was undermining efforts to combat micro-trafficking of drugs in the cities.