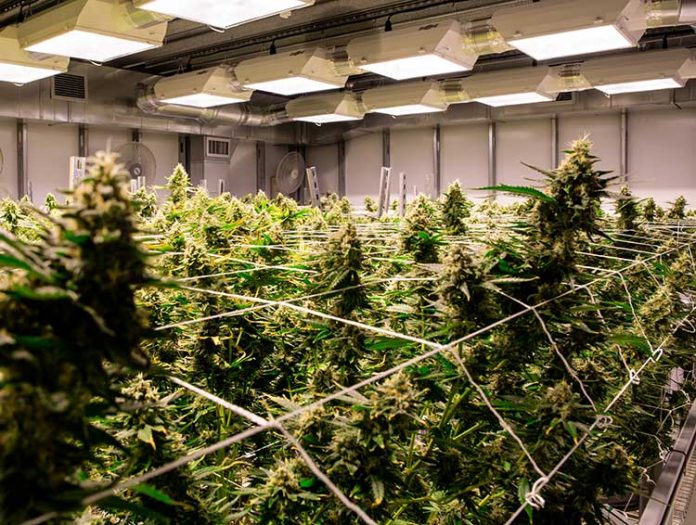 As publicly traded Canadian cannabis companies fight to differentiate themselves ahead of the legalization of recreational marijuana, one of the industry’s catchiest potential stock ticker symbols is suddenly up for grabs.

But don’t expect to see POT on your marijuana watch list anytime soon.

The three-letter call sign was the listing identity of fertilizer giant Potash Corp. of Saskatchewan Inc. on both the Toronto Stock Exchange and New York Stock Exchange until its merger with Agrium Inc. became official at the start of 2018.

But any cannabis company eager to snatch up POT will have to wait at least a year to get their hands on it.

“With regards to timing on changing a ticker symbol, it can usually be done within a few days notice to the market,” a spokesperson from TSX operator TMX Group Inc. said.

However, if the symbol has been discontinued, as is the case with POT, a company may apply for it, but it cannot be reused for 53 weeks.

Companies cannot sell a ticker symbol, as it is not theirs to sell, and issuer or company reservations for tickers are kept confidential.

“Symbol reservations, as per agreement, are awarded to the first to make the request,” the spokesperson said.

It is not known if there have been any requests for POT so far.

While large portions of marketing budgets are dedicated to finding the right name and logo for a company, ticker symbols are often an afterthought. Yet studies have shown that tickers can be a factor in generating returns for investors.

Research by Raji Srinivasan, a McCombs School of Business professor at The University of Texas at Austin, examined the importance of congruent ticker symbols — those that are similar to a company’s corporate name, such as DELL for Dell Inc.

Since investors may have limited information when selecting stocks, the complex decision-making task can be made psychologically easier when a company stands out from the pack.

“Investors’ processing fluency of ticker symbols affects firms’ stock returns when relevant, diagnostic information about the firm is not available to them,” Srinivasan wrote.

That behavioral element may be particularly relevant for those dabbling in cannabis stocks these days, as many investors are simply looking for a way to get into a market that is still in its infancy.

Companies in the sector have certainly jumped on marijuana-related trading symbols.

A representative of MedReleaf Corp., a Canadian provider of cannabis-based pharmaceutical products that trades as LEAF on the TSX, explained how they chose their own symbol.

“We were looking for something that was sophisticated, refined, and kind of a nod to the industry,” the spokesperson said, noting that some relevant tickers were already taken in the lead up to the company’s June 2017 IPO. “We wanted to choose something that made as much sense for medical as it did recreational.”

With the TSX allowing four-letter stock symbols since November 2016, that’s opened up the possibilities for cannabis-related companies considering a listing, or a change.

But POT, it seems, would be hard to beat.

“I wouldn’t be surprised at all given the activity we’ve seen in this industry and the popularity of cannabis stocks,” the MedReleaf spokesperson said, on the chances of someone making a play for it. “Just a name will get you somewhere these days it seems.”