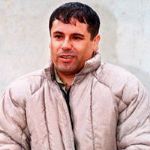 Joaquin “El Chapo” Guzman Loera reported head of the Sinaloa cartel in Mexico, ranked 701st on Forbes’ yearly report of the wealthiest men alive, and worth an estimated $1 billion, today officially thanked United States politicians for making sure that drugs remain illegal. According to one of his closest confidants, he said, “I couldn’t have gotten so stinking rich without George Bush, George Bush Jr., Ronald Reagan, even El Presidente Obama, none of them have the cajones to stand up to all the big money that wants to keep this stuff illegal. From the bottom of my heart, I want to say, Gracias amigos, I owe my whole empire to you.”

According to sources in the Mexican government, President Calderon is begging American officials to, in the words of reggae great Peter Tosh, legalize it. “Oh yeah,” said an official close to the Mexican president, “Felipe is going crazy. He’s screaming at everybody who comes in, ‘Why don’t they make this sh*t legal already! You’re killing me here!’ Look, everyone knows, when you have Prohibition, you create gangsters. And the more you prohibit, the more gangsters you make. El Chapo is hero now to all those slumdogs who want to be millionaires. Kids in the street, when they play games, they all want to be El Chapo, the baddest man in the whole damn town.”

Meanwhile, many speculate that rich and prominent Mexican families are in cahoots with American businessmen in the alcohol industry, wealthy industrialists who launder the unprecedented profits from the drug business with their legitimate enterprises, and lawmakers who get gigantic kickbacks and payoffs to make sure that these drugs remain illegal, so they can remain rich, fat and happy. According to sources on both sides of the border, tens of millions of dollars in payoffs and kickbacks are stashed in Swiss banks every year, blood money from the brutal business made possible by a corrupt system supported by laws that don’t, and have never, worked.

Rather than putting El Chapo and his kind out of business by modernizing outdated laws and in the process making billions of dollars from taxing drugs (as is done with cigarettes and alcohol), United States government has spent hundreds and hundreds of millions of dollars chasing its tail, and offered a $5 million reward for the capture of El Chapo. Many have said that the offer is unofficially: Dead or Alive.

Meanwhile, as an epidemic of murderous violence rages on the Mexican-US border, and the American government wastes boatloads of badly needed money on the illegal drug business which results from the Prohibition laws, El Chapo is laughing all the way to the bank. “Whoever came up with this whole War on Drugs,” one of his lieutenants reports he said, “I would like to kiss him on the lips and shake his hand and buy him dinner with caviar and champagne. The War on Drugs is the greatest thing that ever happened to me, and the day they decide to end that war, will be a sad one for me and all of my closest friends. And if you don’t believe me, ask those guys whose heads showed up in the ice chests.”